She and We: Behind "On Such a Full Sea" with Author Chang-rae Lee 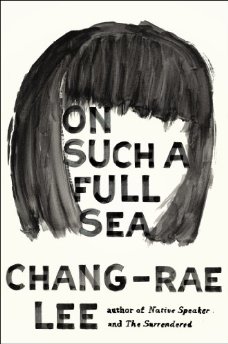 Chang-rae Lee is intrigued by his audience lately. The award-winning author of five novels has attended countless readings and book signings; he's familiar with who his readers are, and vice versa. Or so he thought. On the road promoting his latest book, On Such a Full Sea, he's seen a shift in who's showing up to the bookstores. His fans are skewing much younger than normal, and half of them, he says, are new to his work.

Promotion could be a reason, he proffers -- a review in a newspaper, a spot on NPR, or even a bookseller's recommendation. But of the many theories he has for the shift, he thinks it could simply be that the nature of the book -- a dark, yet hope-filled story about a young girl venturing forth alone into a dystopian America -- is appealing to young readers. In fact, though he is clear that he didn't write On Such a Full Sea specifically for his two teenage daughters (clarifying emphatically that it is "not YA"), he did intentionally try to keep it within their realm of possibility.

"My other books are very psychologically excruciating," he says with an easy-going laugh. "I mean they're really detailed, they go very deep into the consciousness of the characters. My daughters are teens, and I wanted them to be able to read the book, to engage with the character in quite a different way, identify with the character rather than have to 'understand the character.'"

A petite 16-year-old, skilled in her work and seemingly content in her life, Fan is motivated to leave her labor settlement, B-Mor, after her boyfriend suddenly disappears. The decision is unheard of; the wilds of the counties are daunting. And so we hear of her journey beyond the safety of the gates, coming to know her as compelling and complex, mature beyond her years yet innocent to the dangers of the world, an inspiration and a cautionary tale, an example from which to better understand ourselves.

Nevertheless, as orchestrated by the author, trying to actually understand Fan is not the point.

"I don't really go into all of Fan's thoughts, I'm not interested in that. What I am interested in is her as a kind of almost pre-modern elemental hero. You know, with modernism we get all of this psychology, right? I mean, that's what we understood after Flaubert and Joyce," Lee says, the Princeton professor in him shining through. "But I wanted to have a hero who was more, at least in the minds of the people viewing her, an iconic hero who would be and act more than say and lead."

This focus on a single (and singular) character wasn't the book Lee initially planned to write. For him, it was a story about the lives of factory workers in China's Pearl River Delta -- "their lives, their work, the geopolitical and socio-economic forces around them." But he soon realized that a key element was missing, though the reporting appealed to him.

"I think to write a novel you have to feel not just that you know the material, which I did, but also that there's still a mystery about it," he says. "And that can be a character, that can be a formal consideration, that can be a lot of things, but I just didn't quite have whatever it was."

Having come to that conclusion, a train ride past a part of Baltimore prompted a new idea, one about the takeover by foreign countries of American cities suffering urban decay. The thought shed new light on his original concept, and he recognized that his curiosity was less about China itself and more about the dual nature of a cultural domination. "What I was really interested in was the ascendancy of China, but the reciprocal side of that, which is American stagnation and decline."

The realization dictated the setting of his new story: it needed to take place sometime in the future and there had to be some element of a previous decline. 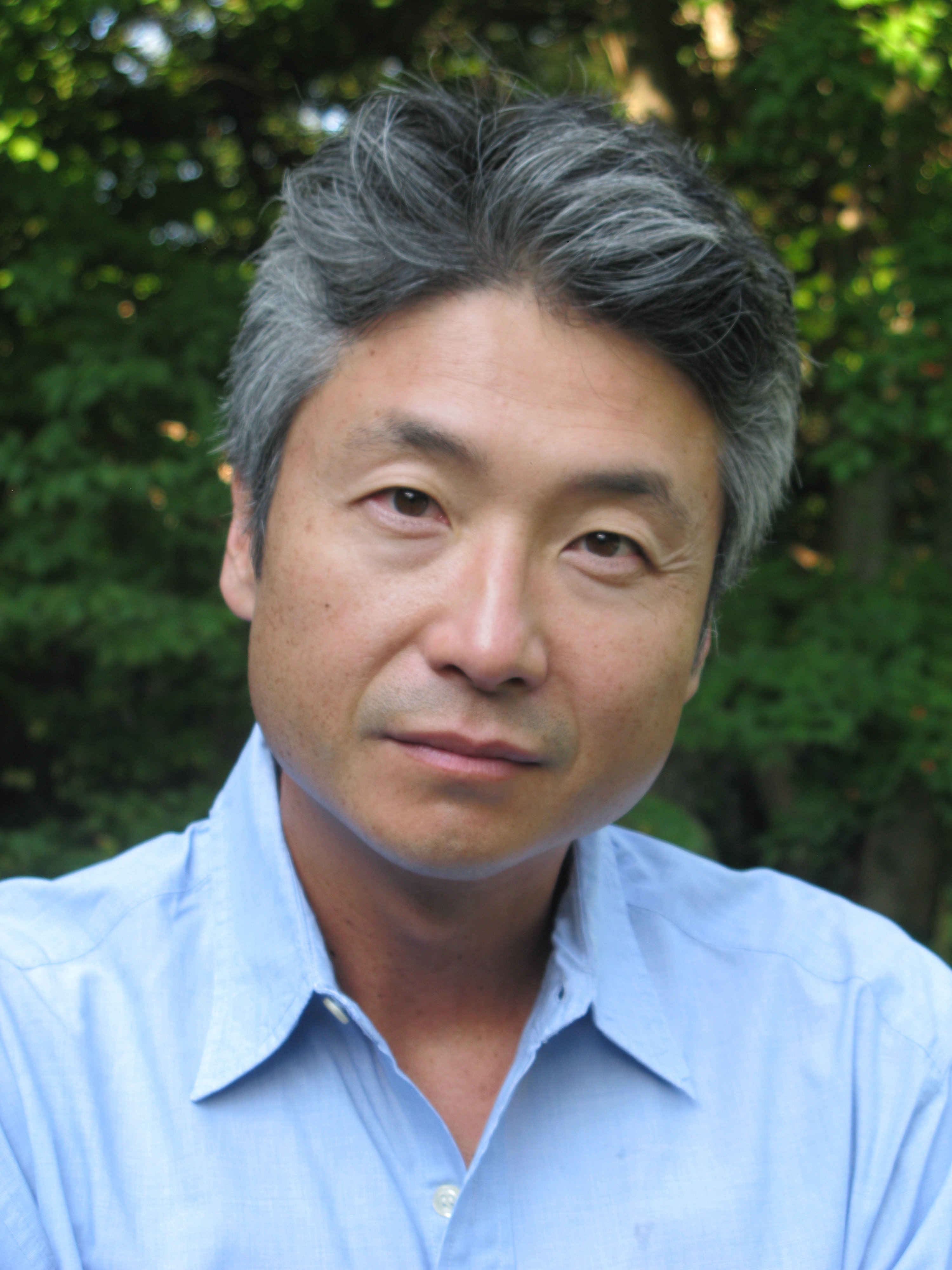 Some futuristic tales rely upon intense world-building and imaginative tech advancement. Some dystopian stories dig into the sources of their world's deterioration or paint a vivid picture of the world, almost treating the setting as a character. Lee turned futurist and dystopian instincts on their heads, reversing the process.

He had no roadmap or outline; he had ideas of things that would happen but no definitive plan for how or when. He simply wrote, and as the characters and the story developed, the details of the world came to life around them.

Incorporating familiar holdovers from our modern lives, each piece was chosen with careful consideration for its meaning to the characters and the reader. Within context, we see the working folks of B-Mor enjoying bubble teas in an underground mall or watching "vids" and playing games on handheld screens, but the counties people using hand-me-down handscreens ("like old Kindles") just to read. We see the well-to-do charters residents on shopping sprees and showing off their wine rooms and saunas.

"My basic interest was 'How does this context shape and reshape the people who are on the ground?'" he explains. "If they're details that are going to tell me about the lives of those characters at that moment…and it seems apt for describing their consciousness and ethos, then yes, I would choose it in writing…I was never interested in set design. I was only interested in how it reflects the people there."

It was the flexibility of his method, eschewing premeditation, that also resulted in one of the most surprising and potentially misunderstood aspects of the book: writing in the first person plural tense, from the perspective of the "we." It's an unusual choice, certainly, and in general can be an awkward way to read. As On Such a Full Sea begins, it's casual enough to pass direct notice: "It is known where we come from, but no one much cares about things like that anymore. We think, Why bother?"

But then things feel a little strange: "Who would tell us we are wrong? Our footings are dug deep. And if they like they can even bring up the tale of Fan, the young woman whose cause has been taken up by a startling number of us."

The reader's reaction mirrors what Lee experienced as a writer.

"When I started writing it I had the first kind of shock of cold water, like 'Oh my God, I'm doing this!' But about four sentences in, I realized ... I didn't plan out everything then, but I could feel instinctively that there was I lot to explore there."

It's soon clear to the reader, as well, that this is much more than a storytelling novelty or structural device. Explaining the thought-process that led him to the decision, Lee says he quickly decided against having Fan narrate the story. "Every time I have her narrate something you'd get more into her actual voice her actual psychology. I didn't want that."

Then he considered a third person approach; however, the more he thought about it, and his extensive research into those factories in China and the essence of the communities there, the more inside that sensibility he felt he wanted to be. "How are individual identities and individual consciousness formed and sometimes misshaped by a community ethos -- a very strong community ethos?"

As a result, the "we" ultimately represents a collective character (one with a shifting perspective) that is as important, if not more so, than Fan herself. The intertwined stories of the "we" and Fan depend upon one another; just as the people of B-Mor have informed who Fan is and the decisions she makes on her journey, Fan, in turn, is informing the development and actions of the "we" that is interpreting her legend.

As that "we" tells us in the book, "A tale, like the universe, they tell us, expands ceaselessly each time you examine it, until there is finally no telling exactly where it begins, where it ends, or where it places you now."

With On Such a Full Sea Lee manifests that belief, offering a narrative we, the readers, are likely to revisit and continue to discover in new ways, yet never with any definitive resolution. As readers, we are in one way a part of the collective consciousness in the story, in another we are the "we" to B-Mor as B-Mor is the "we" to Fan.