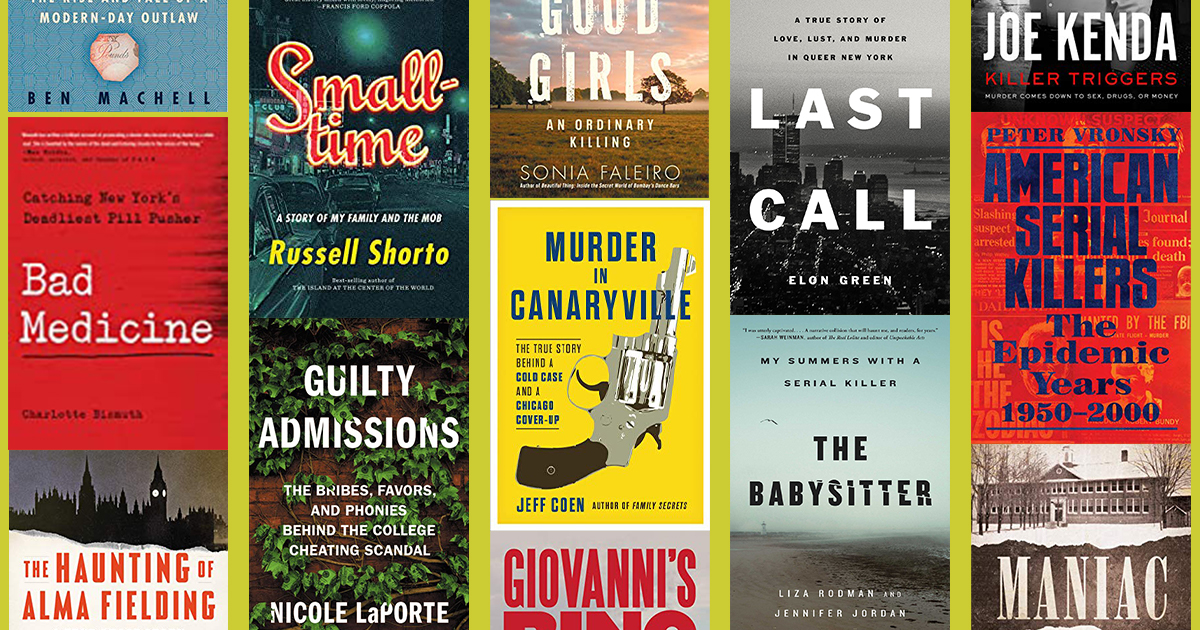 What dark alchemy drives ordinary people to kill? And what are the (no pun intended) triggers—cultural, societal, psychological, familial—that enable them to make that leap from ordinary citizen to killer? Perhaps in reading about them, we hope to be able to see the signs, recognize the killers among us, and avoid a grisly fate.

Or maybe, as Lt. Joe Kenda surmises in his new book (below), "even if we solve a case without knowing the trigger, the why still intrigues us, disrupting our dreams and lingering in our minds, perhaps because each of us fears the demons that lie within our own psyche—the triggers waiting to be pulled."

Whatever the case, below are some of the upcoming true crime titles we are eagerly anticipating, as well as a roundup of titles new to paperback. 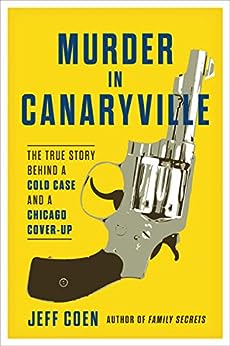 Murder in Canaryville: The True Story Behind a Cold Case and a Chicago Cover-Up by Jeff Coen

John Hughes was 17-years-old when he was gunned down on Chicago's Southwest Side in 1976. Detective James Sherlock was third generation Chicago PD, an old school, by the book cop. So when—years after Hughes' death—Sherlock examined the case file on Hughes and found it almost empty, missing interview transcripts and other critical evidence, he was astounded. Police corruption, a bent judge, the Chicago mob, and even legendary Chicago mayor Richard J. Daley were all thought to have contributed to the cover-up. He could have walked away, but with a name like Sherlock, you know what happened next. (January 12) 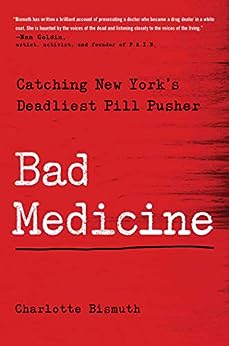 Dr. Stan Li’s pain management clinic in Queens, New York, had been dispensing oxycodone and Xanax for years, but Medicaid wasn't part of the deal. Instead he traded prescriptions for cash. Medical personnel, including emergency room doctors, and terrified family members warned him that he was putting his patients' lives in danger but it took a whistleblower to put a stop to his dangerous trade. This account of the case, written by the prosecutor who finally brought him down offers a sobering look at both the case and America’s opioid epidemic. (January 19) 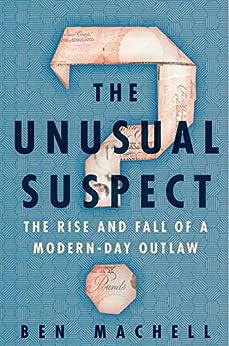 The Unusual Suspect: The Rise and Fall of a Modern-Day Outlaw by Ben Machell

When the global financial crisis hit in 2007, Stephen Jackley was a young British college student. Obsessed with financial inequality, he decided to become a Robin Hood for the modern age, robbing the rich to help the poor. How he went from college student to bank robber in pursuit of his goal is the story of The Unusual Suspect. How he—against the odds and despite his inexperience—successfully held up several banks, and how banknotes stamped 'RH' for Robin Hood began appearing in the hands of the homeless, is astonishing. Jackley gave the author access to his diaries of the time, which make this telling even more fascinating. (January 19) 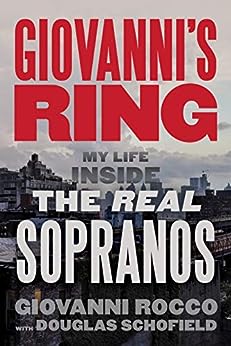 Giovanni's Ring: My Life Inside the Real Sopranos by Giovanni Rocco and Douglas Schofield

Giovanni Gatto was a police officer in New Jersey. Giovanni was also Giovanni Rocco, an FBI undercover task force officer, who spent three years penetrating the inner circles of the DeCavalcante family's crime organization—known as the "real Sopranos"—as part of Operation Charlie Horse. Eventually, he would take down 10 members of this Mafia family. Giovanni's Ring is a fascinating look inside a real-life mob family as a well as a bird's-eye view of a modern-day undercover operation. (February 2) 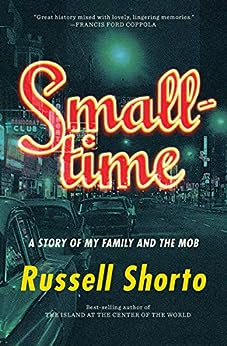 Smalltime: A Story of My Family and the Mob by Russell Shorto

It was only when an elderly relative queried author Russell Shorto about when he intended to write about the family, that Shorto even considered the idea. Which is remarkable, considering how colorful his family story was: his grandfather was a small-town mob boss who ran a gambling empire from a cigar store in Johnstown, PA. Even more remarkable, City Cigars was located right next to City Hall, and, as the book lays out in fascinating detail, it's hard to identify whether the occupants of City Hall or City Cigars had the greater say in the running of Johnstown. (February 2) 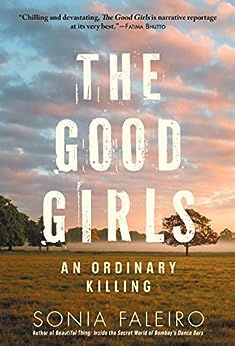 The Good Girls: An Ordinary Killing by Sonia Faleiro

Padma and Lalli, two teenage girls in a tiny village in western Uttar Pradesh, were so close that other villagers referred to them as a single entity: Padma Lalli. One was rarely seen without the other. And so, when they were murdered, they were murdered together, their bodies hanging side by side from a tree. Sonia Faleiro—author of Beautiful Thing—tells a story that covers the caste system, India's broken judiciary, police ineptitude, honor killings, and the high price women—and girls—pay for bringing "shame" on their families. (February 9) 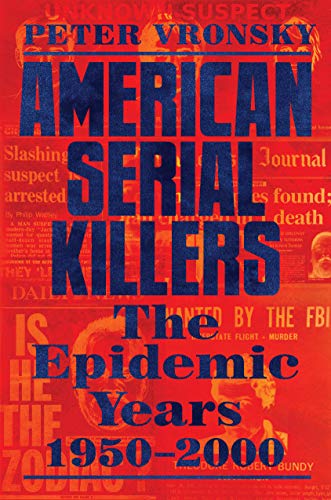 Did you know that the years 1950 to 2000 saw an epidemic of serial murder, or that the period is referred to as the "Golden Age" of serial killings? As the first definitive history of that time period, American Serial Killers will fill in all the details. Toggling between the headline-grabbing sprees of Ted Bundy, Son of Sam, and the Zodiac Killer, and more obscure killers like Robin Grecht, Vronsky's deft mix of statistical data and narrative makes for compulsive reading. (February 9) 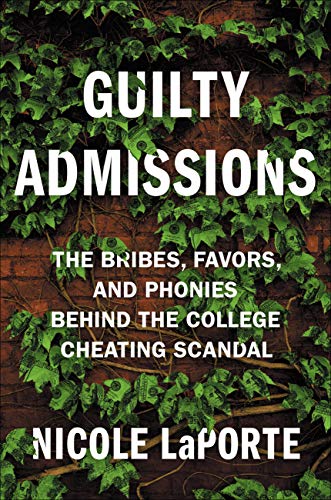 Guilty Admissions: The Bribes, Favors, and Phonies behind the College Cheating Scandal by Nicole LaPorte

The so-called Varsity Blues scandal exposed the pay-for-stay truth behind the world of college admissions. With a cast of Hollywood stars like Felicity Huffman and Lori Loughlin, the dirty laundry-like secrets of how America's richest parents guarantee their little darling's entry to university were laid bare. Guilty Admissions is a behind-the-curtains look at the scandal, the man at its center, and what the publisher calls, "the crazy parents, privilege, and con men involved." (February 23) 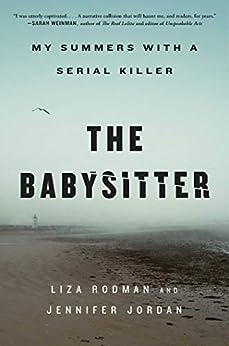 The Babysitter: My Summers with a Serial Killer by Liza Rodman and Jennifer Jordan

Widely regarded as a great guy at the Cape Cod motel where he worked as a handyman in the '60s, Tony babysat the young daughters of a woman who also worked at the motel, taking the girls on adventures in his truck to get ice cream or to visit his “secret garden” in the woods. To a lonely little girl, he was a friend. Not until decades later did author Liza Rodman realize that her "friend" was Tony Costa, a vicious serial killer whose secret garden was where he deposited the body parts of those he killed. (March 2) 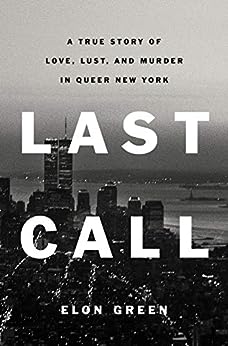 If you weren't aware that in the '80s and '90s gay New Yorkers were preyed upon by a serial killer who eluded the NYPD for years, there are multiple reasons for that, and Last Call lays them out in heartbreaking detail. Ravaged by the AIDS epidemic, which caused prejudice and indifference toward the gay community to spike, gay men made the perfect target for a predator. But if the media and the justice system placed little value on the victims, Elon Green redresses the balance, giving equal weight to portraits of the victims and the killer. (March 9) 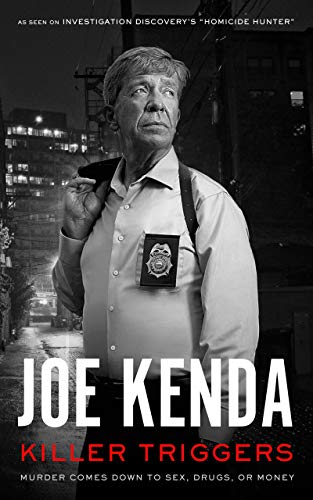 Lt. Joe Kenda spent 20 years as a detective with the Colorado Springs Police Department, solving 356 cases out of the 387 crimes he investigated, an incredible batting average by any standard. This book, he tells us, "offers my memories of homicide cases that I investigated or oversaw. In each case, I examine the trigger that led to death. I chose this theme for the book because even though the why of a murder case may not be critical in an investigation, it can sometimes lead us to the killer." (March 9) 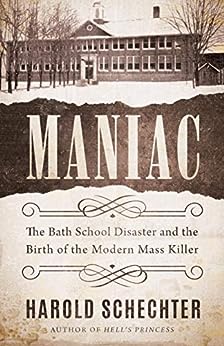 Maniac: The Bath School Disaster and the Birth of the Modern Mass Killer by Harold Schechter

Maniac delves into the first school massacre of the modern age, a forgotten precursor to the horror of more modern school shootings. In 1927, Bath, Michigan was proudly celebrating the opening of the "most modern primary school in the Midwest." But Andrew P. Kehoe—a local farmer and school board treasurer—driven by rage and resentment, planted a bomb in the new school, killing 45 people, mostly children. Exhaustively researched but written in an accessible style, Schechter balances true crime, an immigration story, and a look at our fascination with true crimes, to spellbinding effect. (March 9) 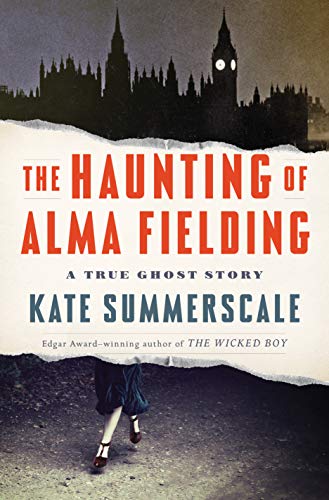 The Haunting of Alma Fielding: A True Ghost Story by Kate Summerscale

The author of the fabulous The Suspicions of Mr Whicher is back with another historical true crime tale, this one set in 1938 London, where a Hungarian ghost hunter arrives to investigate poltergeist claims by Alma Fielding. Fielding is a young woman who claims a ghost is continually wreaking havoc in her home and since the police won't help, she goes to the media. Enter Nandor Fodor, whose investigation uncovers evidence that the case is even stranger than it first appears. (April 27)

Race Against Time: A Reporter Reopens the Unsolved Murder Cases of the Civil Rights Era by Jerry Mitchell (February 2)

A Tangled Web: A Cyberstalker, a Deadly Obsession, and the Twisting Path to Justice by Leslie Rule (March 16)

Don't Call it a Cult: The Shocking Story of Keith Raniere and the Women of NXIVM by Sarah Berman (April 20)

The Amazon editors spotlight the new true crime releases with the most buzz (and preorders) as well as few of the upcoming paperback titles true crime fans won't want to miss.