A Conversation Between BA Paris and Mary Kubica 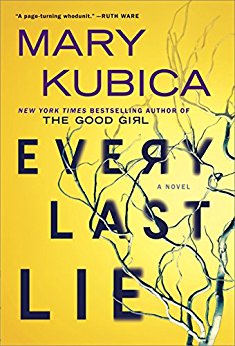 One of the fun things about this job is getting to spend time around authors. What always strikes me is that--no matter how much you've built them up in your head--they remain human beings. They walk, they talk, and they discuss writing with each other.

A Conversation Between BA Paris and Mary Kubica

Mary Kubica: About a year ago I picked up Behind Closed Doors and devoured it in nearly one sitting.  Now you’re back with a new thriller that’s every bit as good as the first, and I’m so excited to have the opportunity to sit down and speak with you about the writing life and our latest releases, Every Last Lie and The Breakdown.

BA Paris: The thing I love about your books is the brilliant characterization. I’m always drawn to your characters and end up really caring about them. This is especially true of Nick in Every Last Lie. Do you use elements of those around you, people you know, when you create your characters?

MK: My characters are completely fictional, and yet I do everything I can to humanize and make them multi-dimensional.  They’re all flawed and often make mistakes.  Some readers may find them endearing and they’ll empathize with the characters; others may be put off by them.  To me, they’re a testament to the fact that none of us is perfect.  I haven’t written a narrator that I didn’t care for by the end of the book and though they may not always be likeable and the choices they make are often poor, the characters have redeeming qualities too.  What about you? Both of your novels feature female protagonists in vulnerable situations who must find the strength and ability to fend for themselves.  What draws you to these characters? 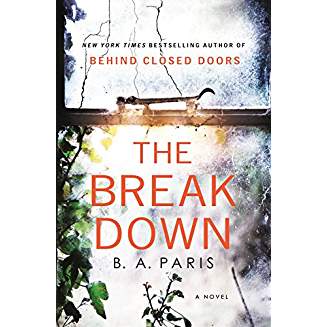 BP: I love the idea of good triumphing over evil, just as much as I like the idea of a woman who has been brought to her knees by circumstances, picking herself up and finding her way to the top again. Triumphing in the face of adversity - it’s a message I try to convey to my daughters.

MK: I love thinking about it this way. Your new novel, The Breakdown, is the story of a near-witness to a murder who finds herself suddenly forgetful, certain she’s being watched.  It’s unsettling and claustrophobic in the very best way, the type of mystery that gets easily under the skin.  Do you know before you begin a new novel how the book will go, or do you take a more organic approach to your writing?

BP: I always have the opening scene of my novel, and I know more or less how it will end. The rest is a journey between those two points. Sometimes I think I know where it’s going, then my characters will take me on a completely different route. It’s like going on a wonderful voyage of discovery.  What about you? I’ve seen you described as ‘a writer of vice-like control.’ Is this a true description of you, in the sense that you always know exactly where your story is going?

MK: I wish I could say it was!  But, in all honesty, nothing could be further from the truth.  I start my novels with a simple idea; in the case of Every Last Lie, a widow comes to believe her husband’s accidental death was instead a murder.  Rarely do I know how the story will evolve beyond the first couple of chapters. Because I don’t outline in advance and instead improvise, there’s always the fear of writing myself into a corner.  I create whole storylines with no idea how they’ll resolve, and often it creates anxiety.  But always, during the writing process, there is this one blissful moment where it all comes together and if I’m fortunate enough, it comes together quite well, as if I’d actually scripted everything out before I put pen to paper.  In other words, I often wing it, and feel a great sense of relief when the pieces come together in the end.  Did you always want to write psychological suspense? 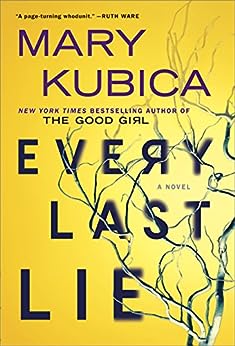 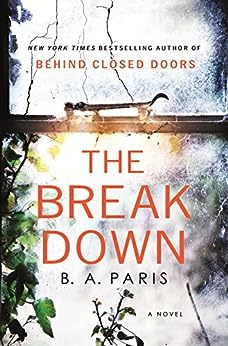 BP: No, not at all. In fact, I can remember my reaction when someone told me, soon after I started writing, that psychological thrillers were all the rage. I said I would never be capable of writing one! No-one was more surprised than me when Behind Closed Doors was classed as a psychological thriller. To me, it was just a story.

MK: Genre aside, you have quite a knack for writing high-octane stories, and the intensity in your novels is second to none.  Reading The Breakdown, I found myself feeling as desperate, helpless and panicked as Cass (to the point that, for a while, I forgot my own house alarm code).  How do you create this intensity in your books?

BP: That’s huge praise coming from you, thank you! I find it quite easy to put myself in the place of my characters and imagine what they are going through, whether it’s Grace in Behind Closed Doors or Cass in The Breakdown. I know exactly how I would feel if I had a silent caller, or if I thought I was losing my mind and this definitely helps to create intensity in my novels. Your novels are very intense too - The Good Girl, Pretty Baby and Don’t You Cry were all critically acclaimed. Does the pressure to deliver another bestseller become more intense with each book you write?

MK: There is certainly pressure to live up to the success of my previous novels, though much of that is self-inflicted.  Even more difficult, I’d say, is the need to come up with new and surprising twists each time, especially in this era where psychological suspense is all the rage, and there are a great number of gifted suspense authors coming up with their own distinct plotlines and twists.  I have to dig a little deeper to think up something unique.  What has it been like for you?  Behind Closed Doors was a blockbuster hit with a film adaptation now in the works.  How did it feel writing a second novel in the wake of all this success?

BP: Hard! When I wrote Behind Closed Doors, I had no idea it was going to be published, so I was basically writing it for myself. With The Breakdown, I was writing for those readers who had loved Behind Closed Doors. The pressure to deliver the same kind of reader experience was definitely there.

BP: What do you enjoy most about being an author?

MK: Meeting with readers.  Writing is a very solitary task; for months on end, I sit alone with my laptop and spend time creating fictional characters from scratch.  But once that book is out in the world and I get to speak to readers at book stores and libraries, it adds so much value to the experience, especially when I get the opportunity to attend book clubs and discuss the fine points of the characters and plotlines.  Nothing touches me more than when a reader is emotionally affected by something that happens in one of my novels.  It means I’ve done my job in bringing the story to life.  Another thing I love is getting to meet other writers like you and getting a sneak peek at their work.  Now that I’ve finished reading The Breakdown, I’m already counting the days until your next release!  What can your fans expect from you next?

BP: I’ve just finished my third book, Bring Me Back, which will be out in 2018. It’s another psychological thriller but quite different to the other two. I’m afraid that’s all I can say for now!  Are you working on your next project yet? Is there anything you can share?

MK: I’m revising my next novel, which is set to release in the summer of 2018. 11 Days is a story of identity and infertility, and one girl’s belief that the woman who raised her, a woman who’s recently died from breast cancer, may not be her mother.  Plagued by grief and insomnia, Jessie sets off to discover her true identity.  I’m so looking forward to your next release next year!

BP: And I can’t wait to read yours!