Neil deGrasse Tyson on "Letters from an Astrophysicist" 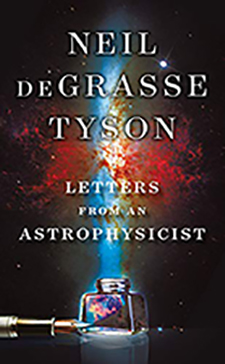 With 2017's Tyson's Astrophysics for People in a Hurry and the reboot of Carl Sagan's groundbreaking series, Cosmos, Neil deGrasse Tyson has established himself as an astrophysicist of the people, breaking down the difficult workings of the universe into easily (or easier, anyway) understandable concepts. Add his previous books and role as Director of the Hayden Planetarium, it's been a full time job.

He's been putting in some overtime, too. As it turns out, people write to him, not only about astronomy, but also with questions and concerns about religion, philosophy, Nostradamus, and life in general. Letters from an Astrophysicist collects 101 pieces of correspondence and his replies, full of humor, compassion, and occasionally, tough love.

In May 2019 while in New York City for BookExpo, we talked to Tyson about the book, the letters, and his adopted role as an astronomer for the masses. Our conversation took place in the minutes before (and just after) our annual Amazon Books party began, so there is background noise that increases as the video progresses, but as you would expect from a thorough scientist, he modulated his volume accordingly.

Excerpts from our interview with Neil deGrasse Tyson

On letter-writing in the age of the internet

The letter writing medium is a bit of a lost art. No one really writes letters anymore. Is an email a letter? Well, not really, because you expect a quick reply, and then you go back-and forth, back-and-forth. In the old days, a letter was a composed entity that had a beginning, middle, and an end, and thought went into it. And so this collection of letters begins at a time when people — even though the internet was available — still had a letter philosophy built into them. "Dear. Dr. Tyson, I've been meaning to write to you for so long now, but I finally got the courage here."

On why strangers write letters to him

It's when people [were] who consumed with some level of existential angst, and have tapped all other sources of insight into this challenge or dilemma that they have, and their last resource is the universe. The last sense of help that they might reach for.... They're wondering, "Will that come from the universe itself?"

On his role as an educator

Some letters needed a tough-love reply. I [have] a level of patience with how they are coming to the question. As an educator, if I didn't have that, I shouldn't be in the business. Educators should not get impatient with people who are willing and able to learn, who want to ask questions. Half of my pedagogical energy is walking them through what it is to know something, what it is to say, "This is true and this is not, and here's why."

On the state of critical thinking

I despair over the critical thinking abilities of us all, every day. As technology gets more and more powerful, as warfare becomes more and more deadly, as our health, our wealth, and our security become more and more tentative, knowing how to arrive at what is objectively true becomes ever more important. And I don't think that's taught in school. I won't even blame you for not having those skills, because you came out of a school system that didn't train you. So I have you for 10 minutes in this letter exchange. I would take you there. 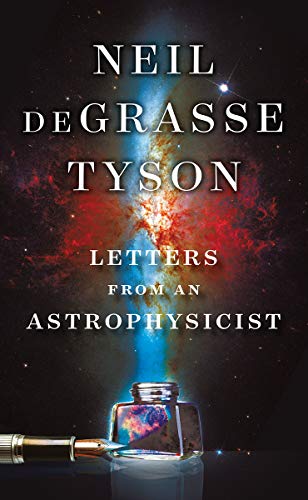