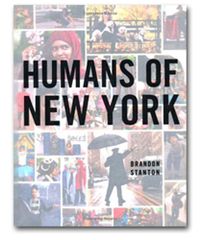 Brandon Stanton's thousands of not-quite-candid street portraits of New Yorkers (and accompanying captions, usually from the subjects themselves) have made his Humans of New York blog both poignant and extremely popular--as well as garnering him recognition as one of Time magazine's 30 People Under 30 Changing the World. His book of the same title collects 400 of his best portraits, telling small stories that are outsized in their humor, candor, and humanity. It was also our number one pick for the best books of the year in Photography.

Here are Stanton's own top five favorite images, accompanied by his own words. Click on the images to see larger versions, and learn more about Humans of New York. It also makes a wonderful gift for any of the humans in your life.

1) Ironically, some of the best quotes come from the people who have the least amount of time to talk to me.  She told me: "I can't talk, because these shadows are changing every second."  Normally I'm a bit downtrodden if I'm unable to interview a subject, but I thought her 'brush-off' was the perfect complement to the photo. 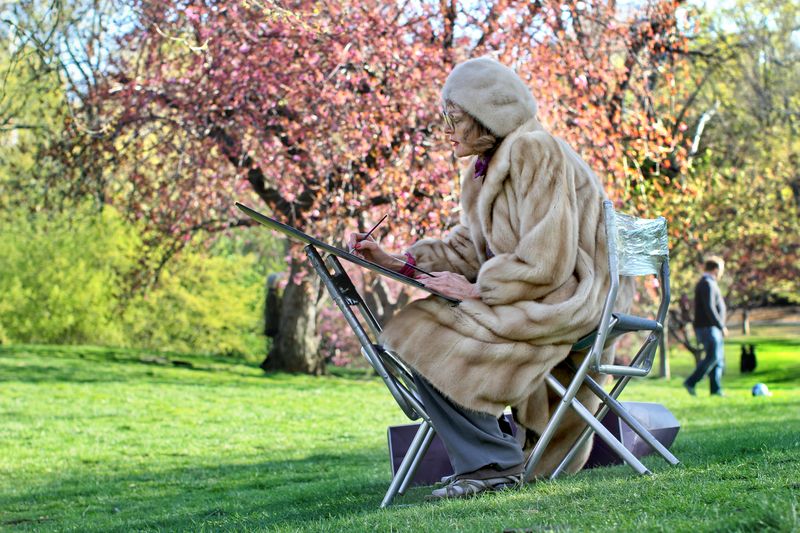 2) I always cite this photo as representing the most emotional interaction that I've ever had on the street.  I came across this 100 year old woman just south of Central Park.  She was walking in a rainstorm with a very bright umbrella.  After I took her photo, I got under the umbrella with her, and asked her for one piece of advice.  She said: "I'll tell you what my husband told me when he was dying.  I asked him: 'Mo, how am I supposed to live without you?'  And he told me: 'Take the love you have for me and spread it around.'" 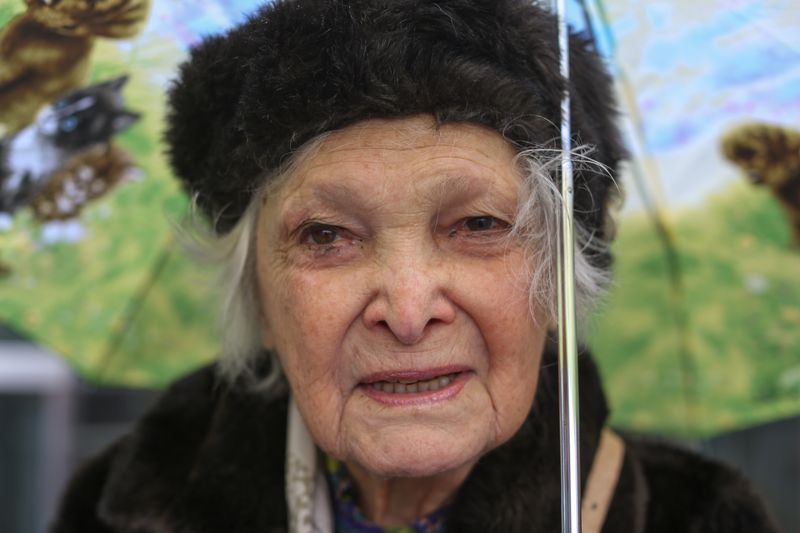 3) I was walking through Chelsea one morning when I noticed someone rolling around in the middle of the street.  Of course I started running toward the scene, and when I arrived, I found this drag queen.  Apparently she had been performing a song at a nearby bar, and at the climax of her performance, ran into the street and threw her tips into the air.  I joke that this photo captures more elements of New York than any other I've taken. 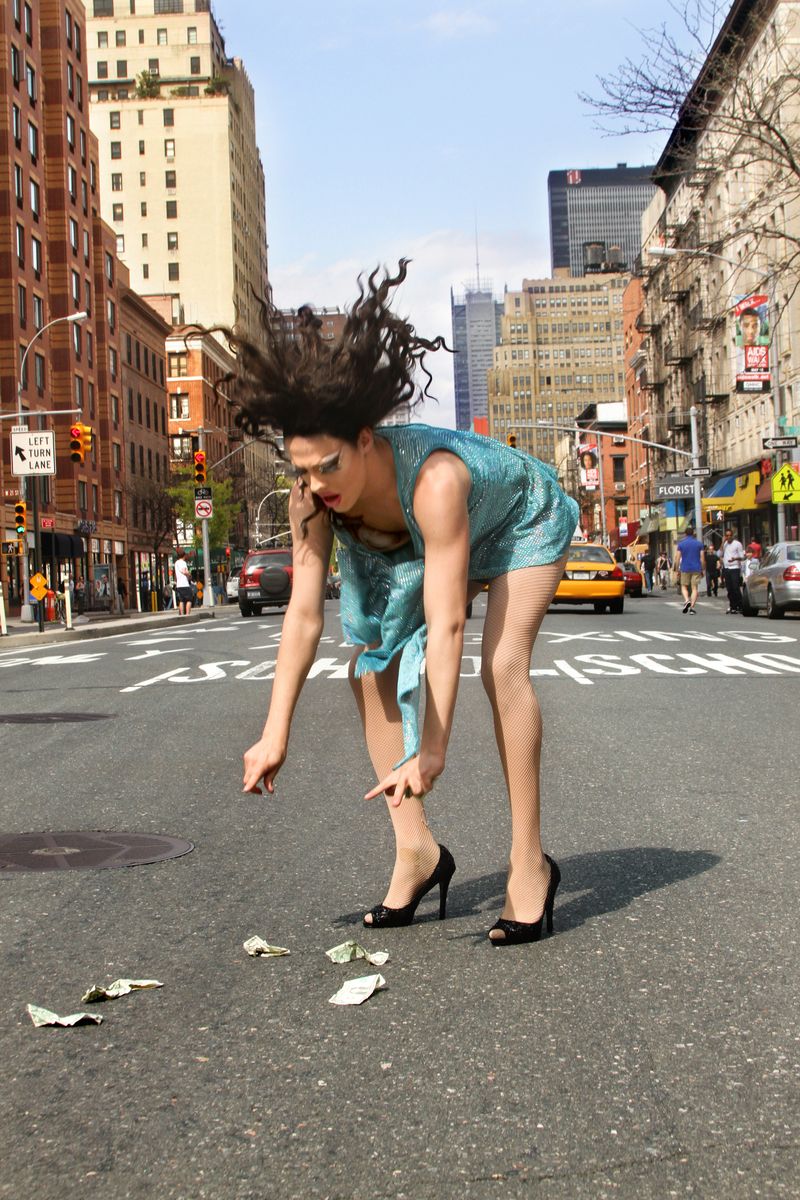 4) I love this photo because of the variety of expressions that I managed to capture.  I found these kids in the Lower East Side, making the most of a hot summer day.  Right before I took the photo, one of the kids leaned a little too far forwards and started spilling water from the pool.  This created a variety of different responses from his fellow swimmers. 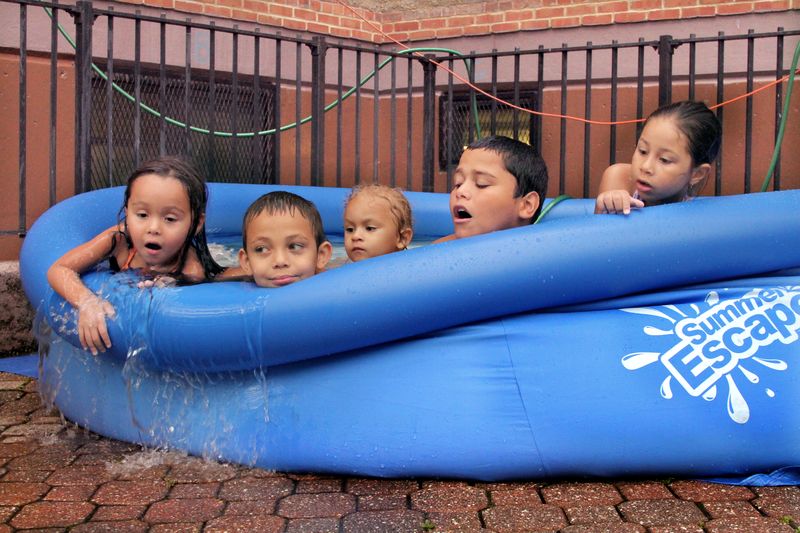 5) The young boy seemed so unwilling to participate in the portrait, that at first it seemed like a photo would be impossible.  But his shyness ended up coming through beautifully, creating a portrait of the relationship between mother and son. 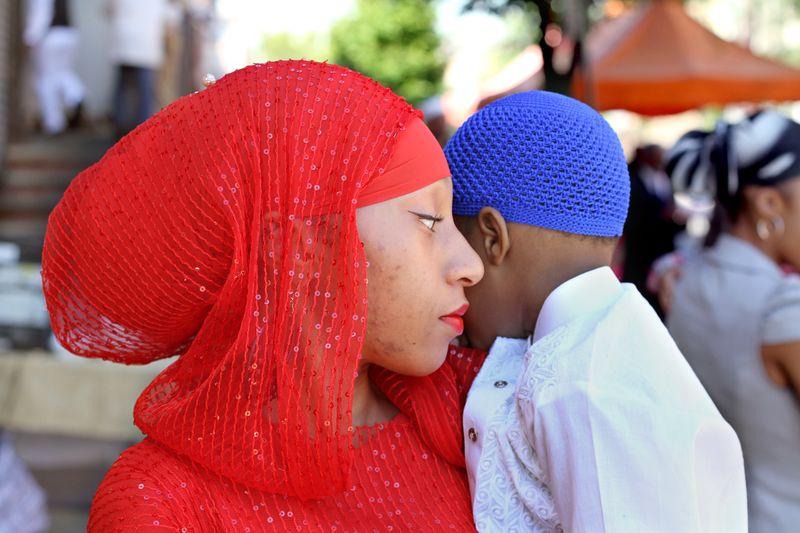 Best of the Year in...
Read