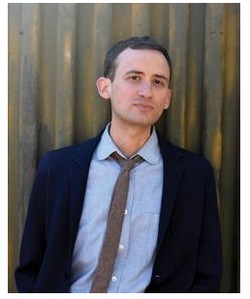 E.L. Doctorow's Ragtime begins with a Scott Joplin quotation:"Don’t play this piece fast. It is never right to play ragtime fast." Not just a musical admonishment, it’s also cautioning the reader not to rush through the deceptively simple prose, which is packed with poignancy. This came to mind when I read D. Wystan Owen’s, Other People’s Love Affairs. In it the denizens of Glass, England grapple with star-crossed connections. It's a quiet read full of quiet power; slow yourself down and savor it.

I took a meeting once, as a graduate student, with an editor at a major publishing house. It was an informal meeting; I had nothing to sell. Mostly, we talked about books, in particular one she had recently edited, and which I had enjoyed a great deal. We marveled together at its elegance, at the beauty of its prose, but as I spoke I could sense her beginning to shrink—recoil, even—from the language with which I’d described it. Delicate, she could abide, but fragile seemed to require defense. Crystalline was her word for the prose, quiet being apparently one bridge too far. These words, I’d surmise, though innocuous to my own ear, were in publishing circles tantamount to slander.

I was puzzled, and a little alarmed, being then at work on a collection of stories that I might have described similarly. It wasn’t that my feelings were hurt; I simply could not understand: it had been precisely the hushed, private space books afford that made me want to write one in the first place; it had been that space that gave me enough heart to finish, to set each word and each sentence down. That Other People’s Love Affairs ultimately found an editor who cared enough to dwell there with me was, in retrospect, a small miracle.

Read the praise for any contemporary novel, and the same set of words will likely recur: fearless; unflinching; powerful; fierce. These could describe any number of fine books: strength and courage are often demanded of authors (let us never forget how many throughout history, and to this day, have written at the risk of their lives). But implicit in the ubiquity of this language is a disregard, even contempt, for the weak that I find disturbing.

Disturbing, and reflective, I think, of a certain American myth, a story we tell that is based on misreading: America as relentlessly pioneering, dynamic; America as inexorable forward march. This is not a fashionable myth—not now, in this nation’s dark hour—but it is an insidious one. I wonder whether we have forgotten how to read or write without it. That would account, certainly, for how little we deal in translation, and likewise how seldom our experience of art runs otherwise than parallel or at right angles to paradigm. We write, surely, at the pace and in the spirit that we read, and I suspect we don’t read with near enough care. Too many of us have been trained as decoders, scanning books in search of occasion to say again what we already think. In the rush to comment, we forget to experience. I think we ought to slow down.

Miles Davis, perhaps the greatest post-War American artist, created space for quiet, searching, intimate solos by dispensing with the frenetic changing of chords—jazz as quintessential American idiom, kinetic, vigorous, "Take the A Train"—moving instead between modalities of the same chord, dwelling there, advancing, retreating, inviting the listener to pause, stay awhile.

Perhaps if we did something like this, if we listened, we might better hear the quiet, the cautious, the meek; if we stopped trying to shout always over the din, perhaps their voices might reemerge, gently, as if they had always been there, speaking—as the book says—on the lower frequencies.