This week's releases include an emotional memoir that shines a beacon of light in the darkest of places, the story of how rehabilitating a piece of land also helped to mend a broken family, a brutal but powerful purging that provides a pathway to healing, and more. 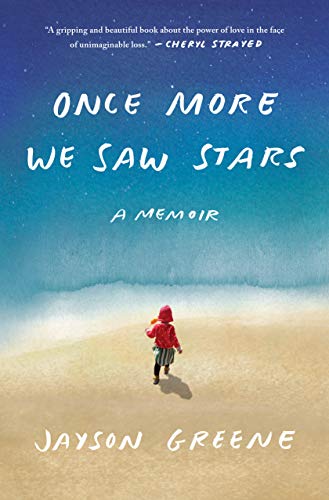 Once More We Saw Stars: A Memoir by Jayson Greene

There’s a moment early in Once More We Saw Stars when Jayson Greene’s 2-year-old daughter, Greta, is in the hospital, hovering between life and death but slipping towards the latter, and “we glance around us, realizing this is the last we’ll ever see of the world as we’ve known it. Whatever comes next will raze everything to the ground.” That sentence illustrates how difficult it is to read this memoir without a lump in one’s throat. In the hierarchy of death, the death of a child is the worst, the one that makes people recoil. Those who experience such a trauma frequently talk about moving through a fog of grief, unable to recall the particulars of the days and weeks after the death, memories and heartstrings cauterized by the searing pain of loss. How amazing, then, that Greene can recall those particulars: the pain, the grief, the fears that their little family will never again experience joy, and the worry that his marriage cannot survive such loss. And that even in the midst of trauma he knows he and his wife have the tools and the traits to get out the other side, to refashion their broken life into one where they can laugh again. How they keep their eyes on that prize is what makes this memoir a heartbreaking but reassuring look at courage, resilience, our slim hold on life, and the bonds of family that make life precious. —Vannessa Cronin 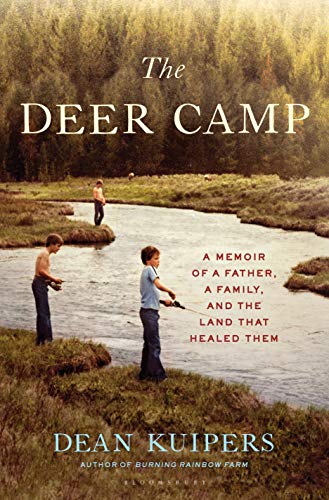 The Deer Camp by Dean Kuipers

Dean Kuipers's dad, Bruce, was a deficient father, prone to rage, mild violence, and a great deal of manipulation and emotional abuse. Bruce was a worse husband, abandoning his family for weekends, months, and years at a time in wanton, mostly open pursuit of other women, returning occasionally to reassert control over the lives of his wife, Dean, and Dean's two brothers. The fallout was obvious and predicable: Nancy withered away under all-consuming stress as she struggled to single-handedly raise three boys; Dean and Brett filled with rage and resentment toward their delinquent father; and Joe, the youngest, turned to alcohol and drugs as his life careened toward a tragic, early end.

When Bruce called out of the blue to announce that he had purchased 100 acres of prime hunting grounds near their Michigan home—intended as a place of reconnecting with his three outdoorsman sons—Dean and his brothers, although intrigued, refused to take him seriously. But the land—a mix of sand, wild grasses, and scrub forest reminiscent of Aldo Leopold's plot from A Sand County Almanac—captures their imaginations, even as Bruce strains to maintain the same autocratic control over the wild space that he wielded over family. But Dean, Brett, and Joe are persistent, gradually eroding Bruce's stubbornness and initiating a project to restore the land, Leopold-style. To Dean, everything—the river system, a single person, or even the totality of human thought—can be imagined as part of the hierarchy of a universal system, constantly thinking and testing remedies to threats, internal or otherwise. His damaged family was a piece of that whole, and as the environmental scars of the deer camp were healed, or at least mitigated, the old familial wounds became manageable, if not eradicable. (A little Jane's Addiction doesn't hurt, either.) The book is raw, personal, and deftly written, and it seems likely that it was both a necessary and sometimes difficult project. The Deer Camp will please readers of two kinds of history: natural and family. --Jon Foro 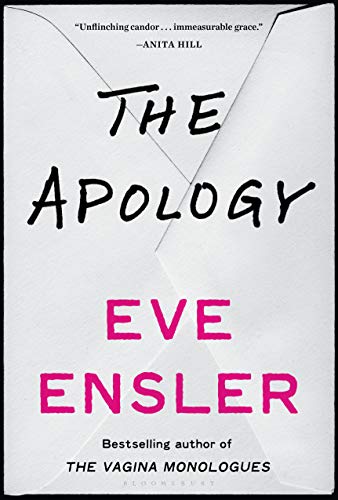 The Apology by Eve Ensler

Mahatma Gandhi once said: “The weak can never forgive. Forgiveness is the attribute of the strong.” This quote came to mind as I was reading Eve Ensler’s slim but profoundly powerful The Apology. Written as if it were a letter from Ensler’s father, it recounts the sexual, physical and psychological abuse he inflicted on her from the ages of five to 10, and acknowledges the reverberating effects on her life. Moreover, it does what the master gaslighter and coward couldn’t before he died: take accountability for his crimes and ask for absolution. This brutal purging will be understandably triggering for some, but for Ensler—and hopefully for other survivors—it provides a pathway to healing. The scourge of sexual abuse is very much at the forefront of the cultural conversation right now. The Apology is a potent and extraordinarily compassionate addition to it. —Erin Kodicek 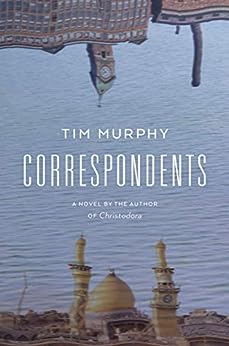 Tim Murphy is a great writer, but what catapults him to excellence is his ability to immerse readers in hard moments in history. His debut novel, Christodora, focused on the AIDS epidemic, and his sophomore novel follows the life of Rita Khoury, an American-Lebanese foreign correspondent who is dispatched to Baghdad during the first years of America’s invasion in the early 2000s. There, she and her fellow journalists, photographers, and translators—who become more like family—bear witness to the eruption of violence, chaos and unrest. Murphy’s novel spans the generations, giving readers a panoramic view of Rita’s family and what it means to be living in America (and abroad) in the aftermath of September 11th. What makes this novel so good is the characters—the complexity of their lives and familial obligations, the empathy they evoke, the mistakes that they make and the positions they hold—as well as the author’s deftly human portrayal of the Iraq War. Correspondents is proof that the best novels are as important and insightful as nonfiction. —Al Woodworth