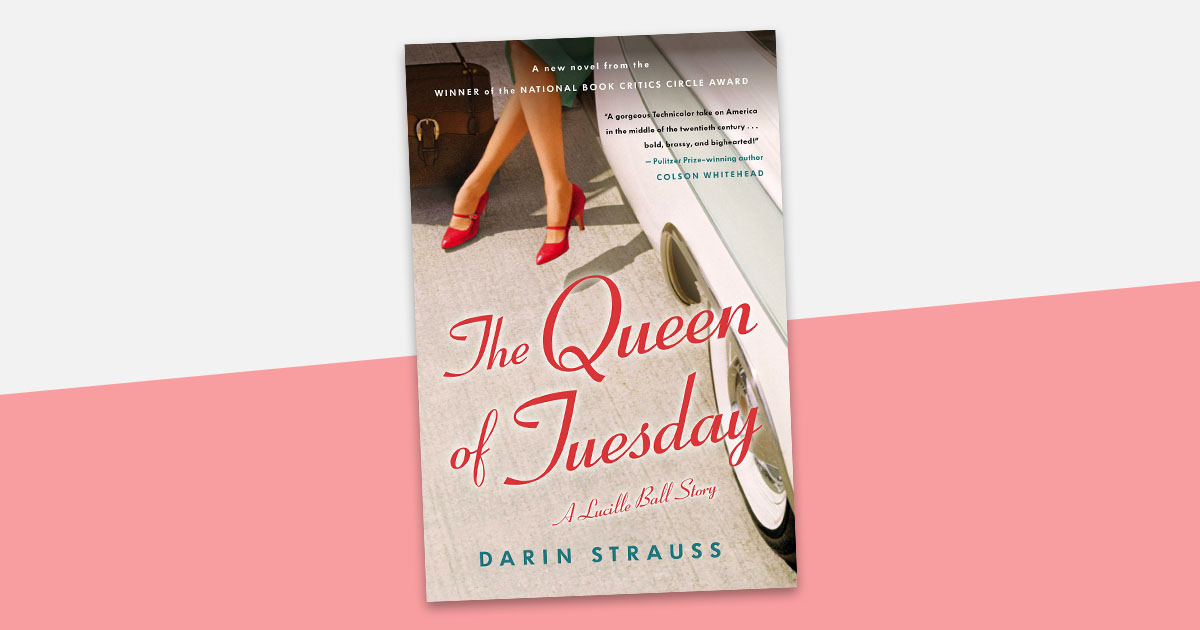 Darin Strauss's first novel Chang and Eng was published twenty years ago. The book was about the famous conjoined twins who were born on the Mekong River and who rose to stardom as a circus act touring across post-Civil War America. The success of Chang and Eng marked Strauss as an author who could turn historical fiction into a best seller. After two more well-received novels, he wrote a memoir entitled Half a Life, which went on to win the National Book Critics Circle Award. That book took him to a different level. Now, in The Queen of Tuesday, which published in August, Strauss has combined memoir, historical fiction, and contemporary fiction—he explains below—to turn a real-life moment into an unforgettable story.

Chris Schluep, Amazon Book Review: How do you describe the book to people?

The idea was to try to fill The Queen of Tuesday with as many elements—as much fun stuff—as I could. A woman in love. Celebrity. Media. Glamour—and set it in a period we can't turn from: The glitzy 1950s, New York and LA, dream-towns at their dreaming best.

Before this I wrote the memoir Half a Life—a sad book. I am proud of that one; it took home the National Book Critics Circle Award, and kind of changed my life. But I really wanted to top it here. I tried to incorporate all I'd done and learned—historical and contemporary, fiction and non-, literary books and adventure stories, all of the stuff that's in my other books. Like a greatest hits compilation.

But you call it a novel?

Yeah, yes: a fiction. I mean, it's heavily researched, and grew out of fact (My grandfather did meet Lucille Ball, at a party where Donald Trump's father oversaw the destruction of a landmark—something historic and beautiful about this country, gone. And my grandfather then abandoned my grandmother. I never knew why).

But the affair between Lucille and my grandfather is imagined.

And there's a justification for writing the story in this way—at least I believe there is.

Lucille Ball was a close-mouthed person. Biographies about withholding subjects are hamstrung; the limitations on storytelling are severe. But Shakespeare says: By indirections find directions out. I knew a biopic approach to Lucille would be lackluster—or lack-something. (All the Lucille biographies I read were all fairly dry.) So I told her amazing story in kind of a unique way—a mix of memoir and make-believe. I thought this would really show what it is to be at the center of that kind of fame. The liberties I took were to bring readers deeper into who she was.

We read novels to get a feel of the texture of life. Say you want to understand the Spanish Civil War; wouldn’t you do better to pick up Hemingway's For Whom the Bell Tolls than an archived copy of the New York Times from 1936?

This book has a clear personal connection to your own family, and even to you. Is this a book you have been waiting to write? If so, why did you wait?

It is personal. My grandfather always fascinated and mystified me. A kind man, who had done bad things. And whose charm always won people over, even those he had wronged.

But I waited to write it for two reasons. For a long time I didn't have the chops to mix these genres: biography, novel, and memoir. Also, I needed certain people not to be around anymore. Simple as that.

How much of your real grandfather is in the story?

A lot, I think. He's loomed over the family my whole life. After about 30 years of marriage he left my grandmother. She had begun drinking and didn’t stop. And so he shacked up with her best friend. And even after he left, my grandmother thought of him as her husband; she never stopped. Her last name remained his for the last 30 years of her life.

She is a big presence in the book, too. My grandmother. I realized, by the end of writing, that she’s the secret hero. A strong, proud woman, who lived in the wrong time.

How did you go about creating the Lucille Ball character, and were you at all concerned about bringing Lucy down to earth for readers—making her human and showing her problems, her ambitions?

I think that’s it, exactly—how does a storyteller do something new and cool with a woman like Lucille Ball? Making her human, and yet not minimizing her charisma. Or downplaying how much people loved her. I’ve mentioned elsewhere that the nation’s reservoirs plummeted when her show broke for a commercial. (An entire country, flushing as one. That’s how popular I Love Lucy was.)

But how many remember she battled CBS to broadcast an interracial marriage? That she invented reruns so she could have kids and keep her job? Lucille Ball was the first pregnant person to be shown on TV. And she was our first female mogul, who owned the most studio space—was “the single biggest filler of television time,” as Life put it—in the world.

I thought her story needed to be told. I wanted to write it a way that could both retain the stuff about her we all knew, and show her in all her beautiful complexity.

What is it about Lucille Ball and Izzy that draws them to one another?

I was influenced by big, stormy romances like Love in the Time of Cholera. Where the intensity of feeling leaves readers unsure: is what the characters feel love or obsession?

I’ll let Lucille explain why she was drawn to him. “Not because he was in any way unusual; because he wasn’t. Sometimes a woman just needed something different. A nice guy, human and refreshing and normal. But also trickily witty about the eyes. He looked to her like a man who ruffled life on the head.”

Which of the two was more difficult to write?

Both of them. It was hard to have the requisite distance to write well about my grandfather. And it was hard, with Lucille, to represent and honor the woman we all knew and still make her my own character.

But a real-life friend of Lucille’s, Lee Tannen, reached out to tell me the book was the first time in years he could hear Lucille’s voice. He wrote to say: “I could hear her voice going, ‘The kid got me. How did he know?’” So that made me feel pretty good.

Maybe this question is more for myself: Is the treatment they write together real?

How did your relationship with your grandfather change as you wrote the book?

I put myself in weird places to write this book—my grandparents’ marriage bed, for one. There are sex scenes, fight scenes, death scenes. But finding myself so mentally near to them, for so long, made me feel closer to my grandparents than I’d felt in years. Writing is about empathy; that’s what I always tell my students. And I felt that truth when I wrote about my grandfather.

Both Lucille Ball and Izzy are ambitious, though in different ways, or maybe on different scales. In your mind, is this book about ambition? And is there an underlying message you want people to take away from it?

Great question. Lucille ran away from home when she was 16, to try making it on Broadway. A producer told her: “You have no talent, you’re not funny, you’re not even pretty. Go home.” She did—and then ran away a bunch more times! But she never made it in New York—so she went to LA. And never really made it fully—she was fired by RKO; fired by MGM—until she was 40.

I wanted to tell that story too. The incredible determination.

What are you working on next?

The director Josh Wakely optioned my book Half a Life. I’m working on a screenplay. Plus, I have a new novel that’s too shy to be talked about yet.

The acclaimed author's grandfather makes a cameo in Lucille Ball's life, and a novel is born. 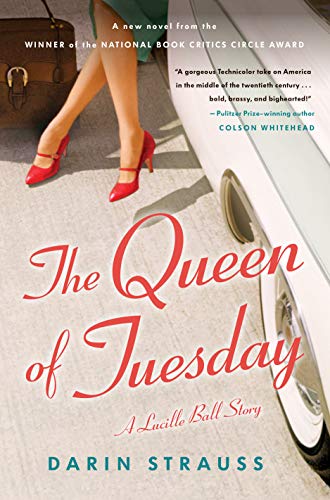 The Queen of Tuesday: A Lucille Ball Story
Darin Strauss