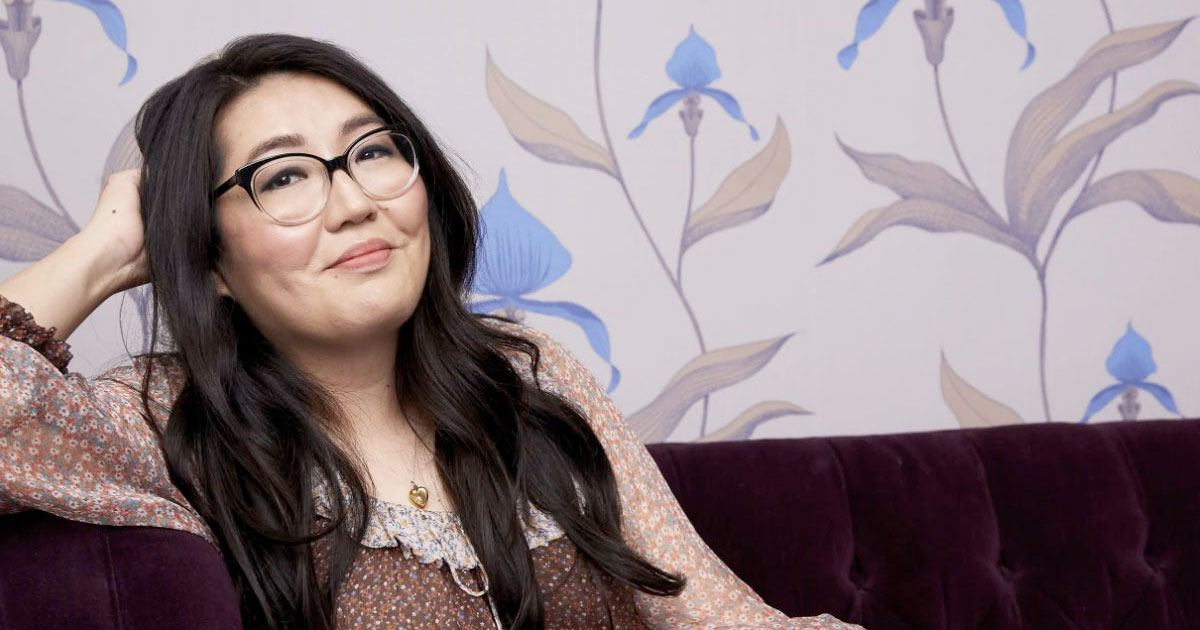 While we typically do our Amazon Fishbowl interviews in person here in Seattle, different times call for creative measures.  Enter the Virtual Fishbowl. One of our recent guests was Jenny Han, author of multiple best-selling young adult novels, including the wildly popular To All The Boys I've Loved Before trilogy, which has been adapted into three original movies for Netflix. The first two films were huge hits, and we are dying to see the final one—Always and Forever, Lara Jean—but the release date remains a well-kept secret as of this writing.

Here is an excerpt from the conversation I had with Han about filming the last two movies, pensive baking, and more.

Seira Wilson, Amazon Book Review: So, of course we have to talk about the new movie!  P.S. I Still Love You came out in February and I'm so excited for Always and Forever, Lara Jean. How are you feeling about the last movie?

Jenny Han: I'm really excited—you know, we filmed them back to back. So, in a way it feels just like a continuation of the second movie for me experientially. But I think that the fans are going to be really happy with the third. I think it's a really nice way to close out Lara Jean and Peter's story.

Is it kind of bittersweet having had the books already come to an end, and now you're seeing the last of the films?

It was definitely bittersweet. When we were wrapping up, everybody cried. Because it's been almost like a TV series in the sense that we've all been working together on these films for a few years now and have gotten to experience this kind of wild ride together—and when I look back at pictures of Lana [Condor] and Noah [Centineo] and everyone and they look so young. It's been really sweet to see them grow up, and watch the characters grow up. It's cool.

It's pretty unusual how close you are to the cast of your films. Did all of you just bond instantly or how did that happen?

People always say that film making is like going to camp, and it definitely had that feeling because, you know, we were all just together in Vancouver and it was a pretty small little group and I would say that the cast is super friendly and people hung out a lot during their free time and kind of explored the city. So, yeah, I think the group was very close.

And you went to Korea for the filming of the final movie, what was that experience like? Can you tell us about that?

It was amazing. You know, I think that felt very emotional to me to be able to go back to Korea and do this film. And my parents were there—my relatives drove up—and everyone getting to have that experience with me was really special. And we got to shoot some really cool places.

Also, I've been to Korea a bunch to visit my family; but I'm always there with my family. This is the first time I've been to Korea kind of on my own in a way and, for me, that was cool just to be there for an extended period of time and kind of get to know the city on my own and not have my cousins shepherding me around, taking care of me. I had to sort of be by myself, which was cool.

To All the Boys I've Loved Before started out with letters and came out of letters you'd written as a teen. Do you still write letters?

I write cards to friends, and I still do write letters by hand. I have a stationary collection ongoing since I was, like, 10 years old and so I like to go open up my stationary boxes—I have many boxes—and then pick out which one I'm going to use.

If you were going to write a letter to your teenage self, what would you say?

I think I would say that, where you are right now is not forever and there's still so much ahead. And the things that you think are really important are important in the moment, but it's not necessarily going to affect your whole life. I always struggled with math and that always felt like the world was ending when I was doing badly in math. And now I don't even do math! So I'm fine.

Can you talk to us about pensive baking? Have you been doing a lot of that lately?

Yes! What have I done this week? This week I made ice cream, which is a similar feeling of satisfaction. When you see the ice cream come together in the machine and get thicker and thicker. I think for me, what baking is about is having all the ingredients and then putting them together and having an actual product that comes out, that looks the way that it's supposed to. That's very satisfying.

I think as a writer, you could feel like the process is interminable and infinite and you could go on forever and ever without finishing something. And this, with baking, there's a very clear end to it and a reward! It's a different kind of brain work in a way, it's kind of meditative. Measuring out the ingredients and slowly combining things feels like a good way to set pause on the thing that I was stressing over and do something else for a minute.

Have you ever come up with any really great ideas while you're in that meditative baking-cooking state?

I think it's more like, I come up with ideas. It's something I call the dead zone—which is if I'm on the subway, if I'm in the shower, right before I fall asleep at night—when your brain is almost gone completely, almost turned off in a way, and then I think your mind is able to go to these creative places. It kind of frees you up, frees up that brain space in a way, and I've got my best ideas during those times.

Are you doing much reading right now?

And I think because I'm always on deadline, I'm always writing my own stuff, I find it difficult to gear up to read a book that's not my own because I tend to get so immersed in the novel that it's not easy to get out of that world and back into the world that I was in. So I am doing a lot of work these days, but it's not that kind of work. And so I've been reading a lot of books.

A couple of years ago you wrote a chapter book, which I loved, called Clara Lee and the Apple Pie Dream—are you thinking about writing for a younger audience again or more young adult? Do you know what your next project will be?

I mean, I have so many ideas and things I've started. Right now I have a lot on my plate that I can't really divulge, but I definitely have aspirations to write for all different ages.

Do you have a daily writing routine or are you just fully immersed in this project that you can't tell us about?

I'm still writing so, well, I guess I can talk about one of the things—which is I'm doing an episode of a TV show that Shonda Rhimes is doing. It's this anthology about love so I'm doing an episode of that, and working on that. I actually do have a routine. Right now I have a routine. In my normal life I don't, but I think the pandemic has put me in a different head space, and so now I work kind of all day long.

Back to cooking and baking: when you were in Korea, did you have any really incredible meals or special foods that really stick in your mind?

I don't suppose you can tell us when the movie is coming out?

Well, we can't wait to see it and I'm really looking forward to your next project!

We met up with best-selling author Jenny Han over video to talk about the film adaptation of her trilogy, To All the Boys I've Loved Before, pensive baking, and where great ideas come from. 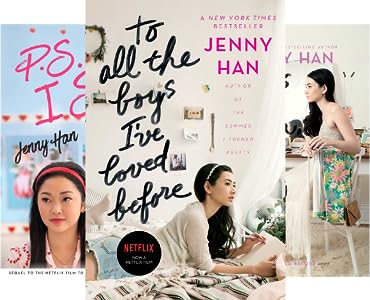