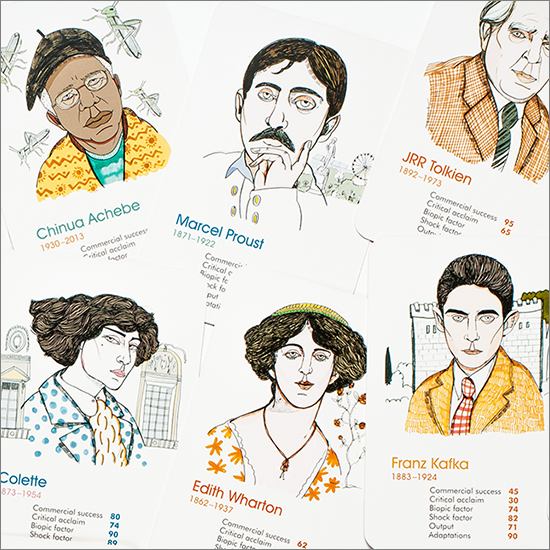 How much do you think you know about books and writers? Who sold the most books, George Orwell or Franz Kafka? Who led the most interesting life, Virginia Woolf or Jack Kerouac? What about "Shock Factor"? (I'm going with Nabokov.) With cards featuring 32 of the 20th century's most praised and prominent authors, The Writers Game will pass the time and raise your powers of cocktail party conversation.

Are you intrigued? You're reading a books blog, so I bet you are. Here's some more information about the game and a few of the featured authors. (Click on the images to open larger versions in a new browser tab.) And if you are here by accident, you might like Come Together: The Rock Bands Game. 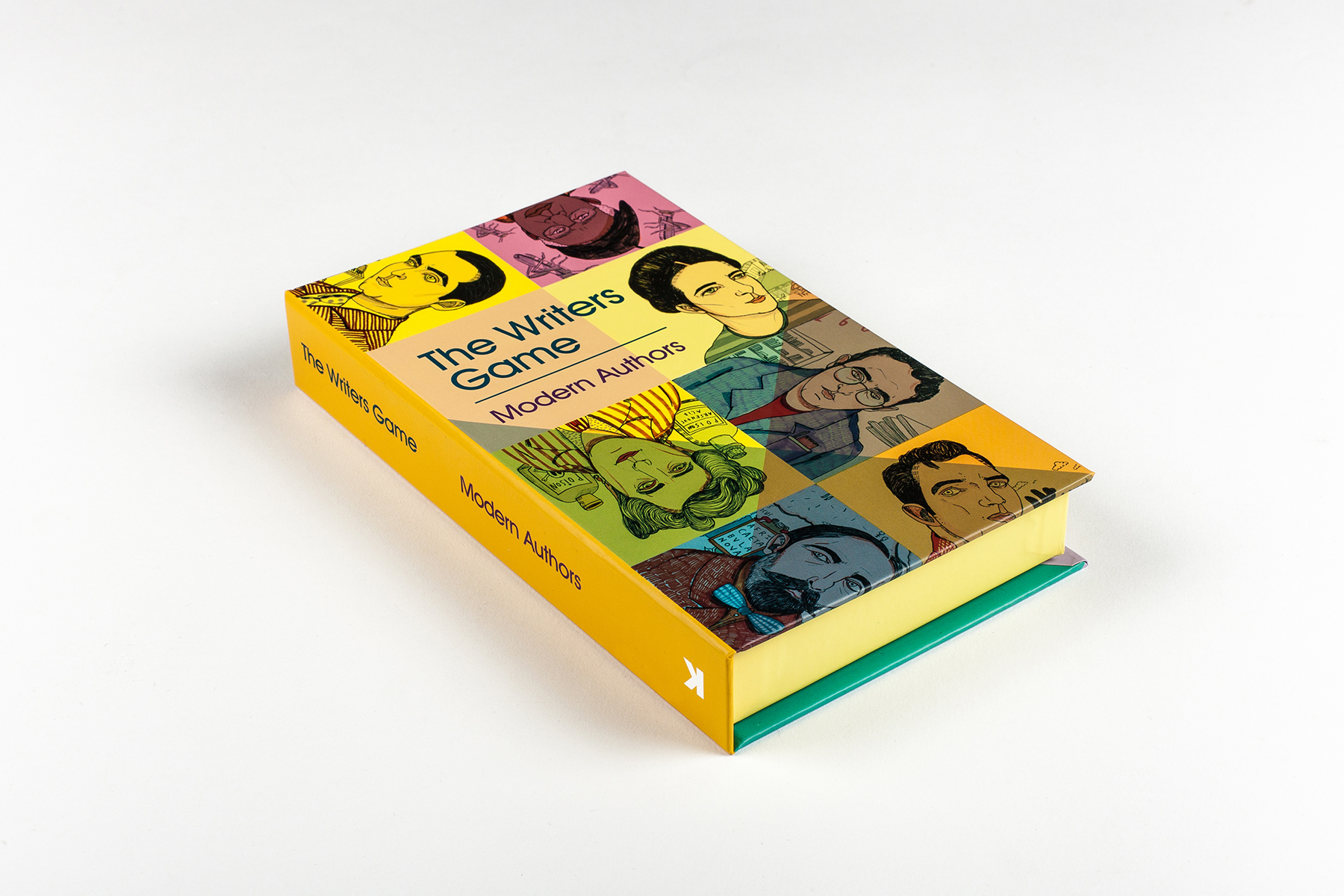 You can play the game with any number of people. Shuffle the cards and deal them our equally between the players, making sure the cards are face down. Players hold their cards face up in a pile, so they can only see their top card.

Toss a coin or throw dice to see who goes first.

The first player chooses an item from his or her top card (for example, “Critical acclaim 65”) and read it out. The other players then read out the value of the same item on their top cards. The player with the highest value wins all the top cards and places them at the bottom of his or her pile. The winning player then has another turn, choosing an item from the next card.

If the top value is shared by more than one card, all the cards being played are placed in the middle and the same player chooses again from the next card in his or her hand. Whoever wins that round also takes the cards in the middle.

The winner is the person with all the cards at the end.

A Note On Scoring

Judging a work of literature is extremely subjective and imprecise. The scores for commercial success and critical acclaim measure how well the writer fared in terms of sales and plaudits. Biopic factor reflects, quite simply, whether a particular writer’s life would make an entertaining film. Shock factor refers to the innovative nature of the writer’s style at the time of writing, rather than their lifestyle or politics. Output takes into account works both published and unpublished. Adaptations refers to the number of films, TV shows, plays, musicals or operas based on a writer’s work. While these scores are inevitably arbitrary (and will no doubt lead to lively debate even after the game is over), they should help give an overview of how these writers figure in today’s literary landscape, and also highlight some surprising contrasts and similarities. 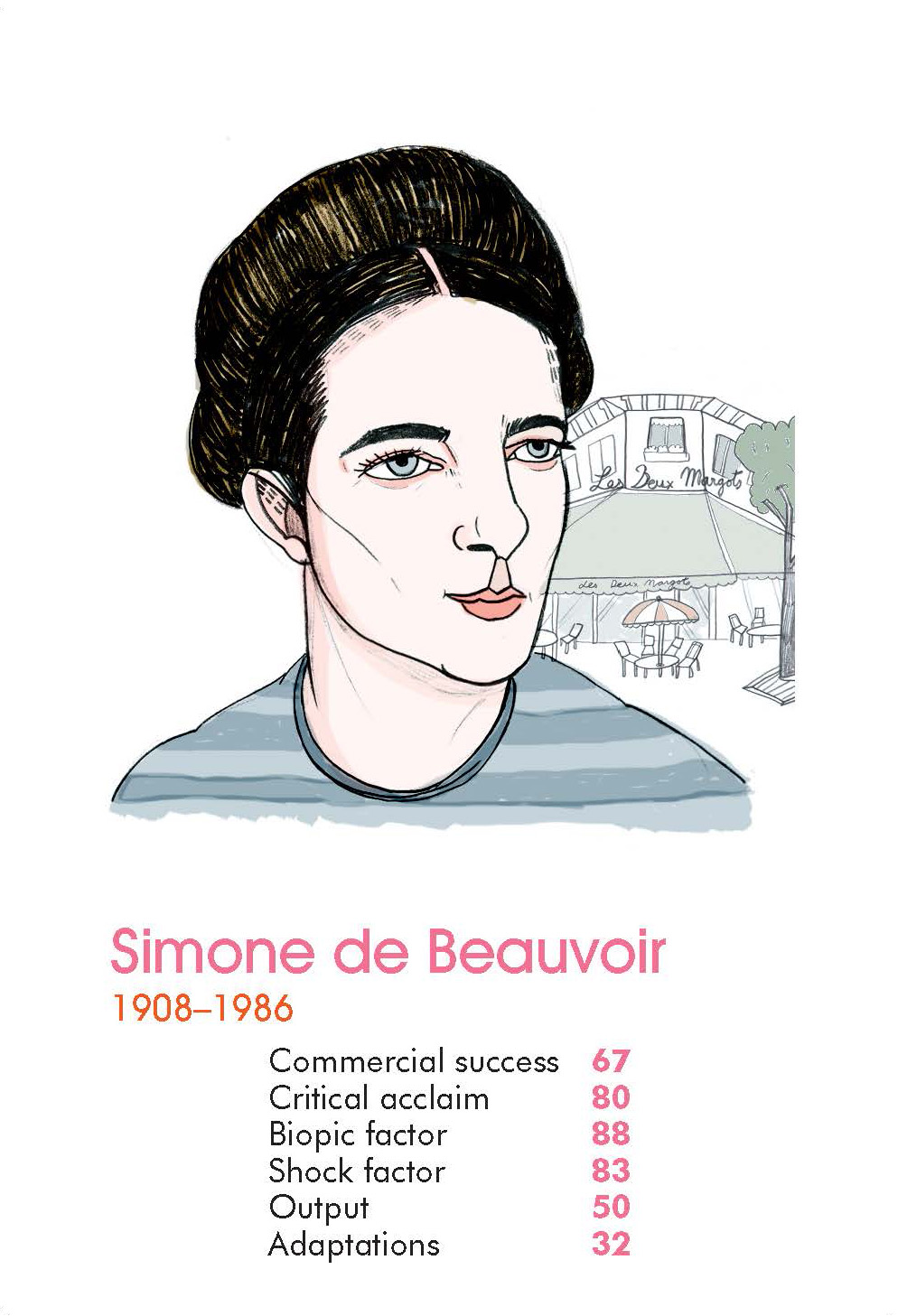 The French feminist existentialist philosopher and novelist became the youngest qualified philosophy teacher in France at 21. Brought up to be deeply religious, she decided at 14 there was no God. The Second Sex (1949) was swiftly added to the Vatican’s List of Prohibited Books. She is buried next to her lover, fellow thinker and lifelong companion, Jean-Paul Sartre. 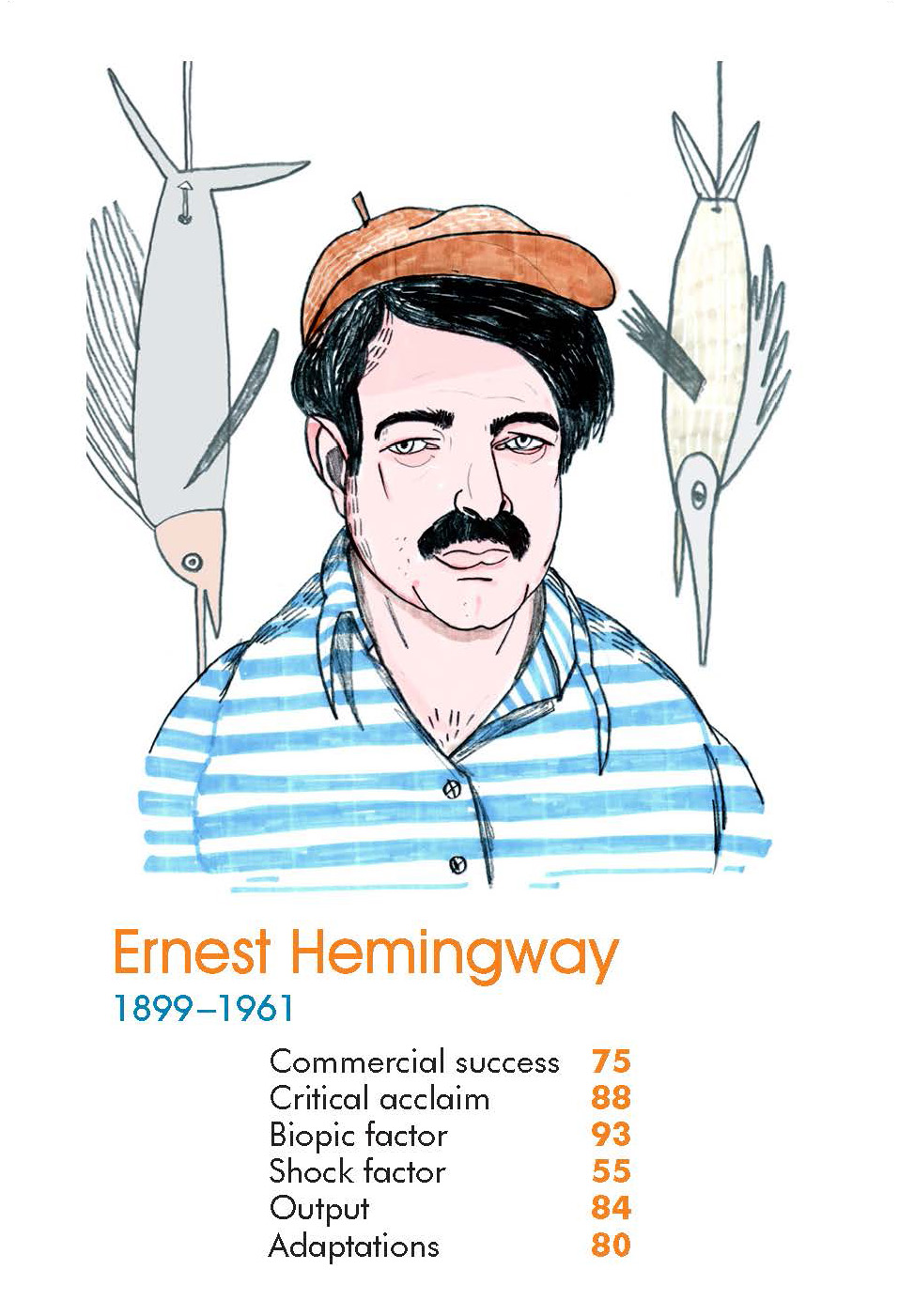 Journalist, novelist, short story writer, boxer, fisherman, hunter, Nobel laureate, bullfighting aficionado and ambulance driver, Hemingway experienced an incredible number of accidents, including a plane crash where the rescue aircraft caught fire. One biographer connected his litany of head injuries with guilt over his father’s suicide by gunshot wound to the head – the same way Hemingway ended his own life. 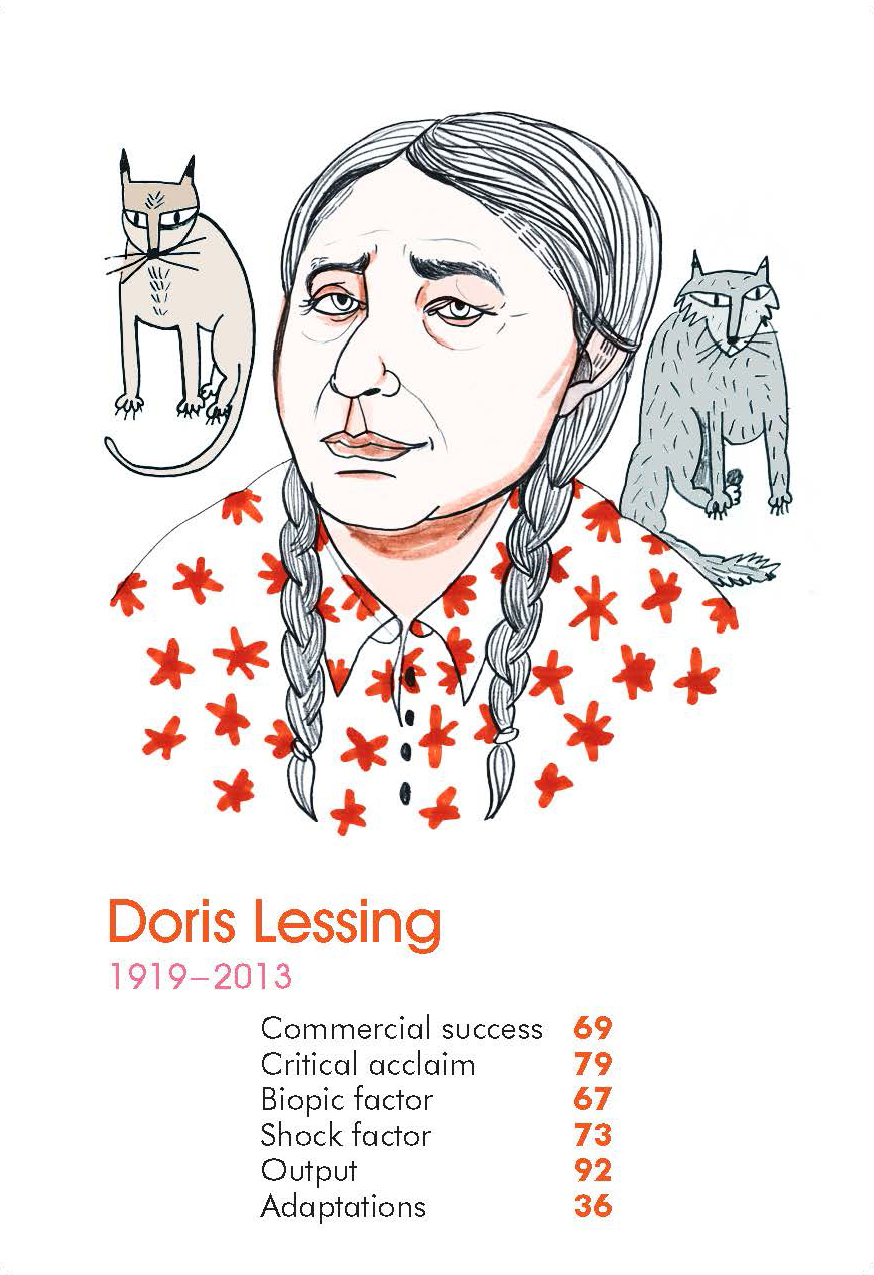 Novelist, librettist, campaigner and 20-yearlong subject of MI5 and MI6 surveillance for her anti-racist views, Lessing left school at 13 and became the oldest person (88) to win the Nobel Prize for Literature. When critics were dismayed at her new direction with Shikasta (1979) she retorted that ‘science fiction is some of the best social fiction of our time’. 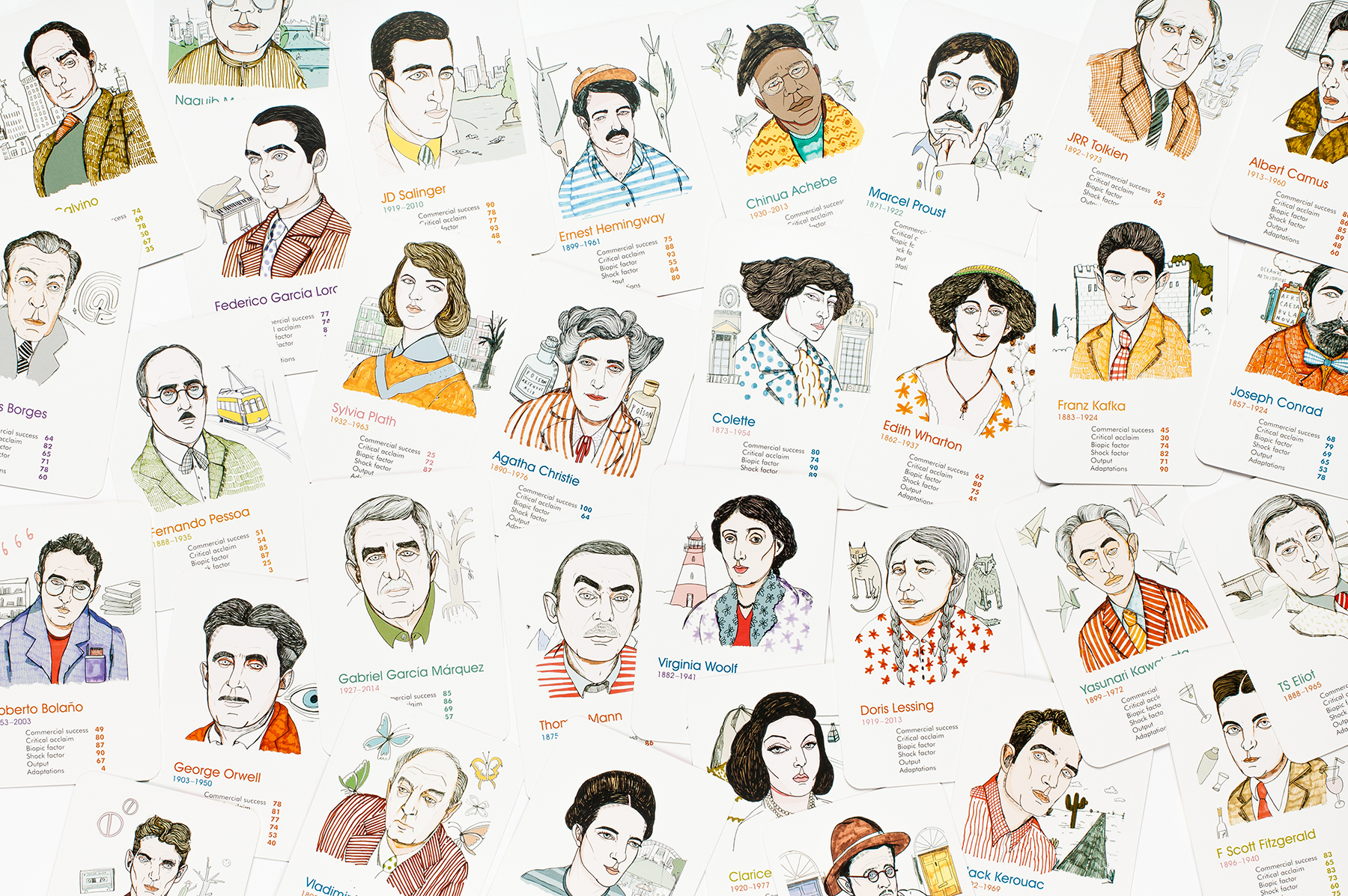