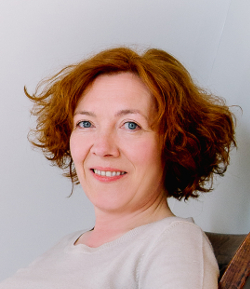 Readers who have been longing for a new novel from Diane Setterfield have had to wait twelve years since The Thirteenth Tale and five years since Bellman & Black, but their patience is well rewarded this month with Once Upon a River.

In her new novel, a man bursts into a riverside inn on the longest night of the year, covered in blood and carrying a dead child. The patrons of the Swan are beyond thrilled to find themselves in the middle of a swiftly unfolding tale—especially when the child is determined to actually be alive the following morning. But who is she? Three families want to claim her as their own, but the mute child refuses to signal who she belongs with.

Set in the 1800s on the banks of the Thames, this novel is steeped in the joys and pitfalls of storytelling. Even the title, Once Upon a River, evokes the tried and true story-starter "once upon a time."

During a phone call with Diane Setterfield, she explained that in addition to storytelling, one of the key overarching themes is of loss and restoration. "Everybody in life has lost something, and when you lose something, what you want more than anything is to have the thing you've lost returned to you. Sometimes we're lucky…and it can be returned to us easily. We can pick up our lives just the way they were before. Other losses are more serious. And then you long to be restored to your life—and you can be—but what comes back to you or what is given back to you won't be the very thing you've lost."

Loss and death is familiar ground for Setterfield. Her two previous novels centered on how death and fear of death can propel people to do surprising things. When asked whether her fascination with death has changed over the course of three novels, Setterfield laughed. "I'm not sure it has," she replied. "When I started out as an author, I didn't know where it came from, but the more I write, the more I learn about myself. And I've realized that one of the things I experienced when I was a schoolgirl has had a really marked impact on me." Setterfield then told a story of receiving for Christmas a toy stethoscope when she was four years old and her sister was two. After being shown by her father how to properly use it, she tried it on all her family members and then announced, "Oh! Everybody's heart goes ba-boom. Except my sister's, and hers goes ba-boo-boom, ba-boo-boom." Her father finally borrowed the stethoscope and confirmed that, indeed, Setterfield's younger sister's heartbeat was different.

"My sister had a serious heart condition," Setterfield explained. "A silly Christmas toy had tipped our family lives into a period of great worry and anxiety and constant hospital visits. One of the by-products was that I became very conscious quite early on of what death and dying were, and I had to try to make sense of it. And I've been trying to make sense of it ever since."

Her sister is fine now—"She's alive; she's well; she's a great reader; she and I are best friends," Setterfield said reassuringly. But those five years of anxiety when the family didn't know what Setterfield's sister's future would be "seems to have given me a great reservoir of stuff to write about." 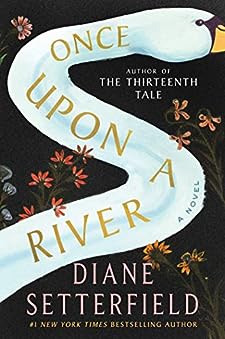 In Setterfield's novel, the Swan inn is where the apparently dead and then later alive girl is brought by a stranger who fished her from the water. The Swan is also a crossroads where those who work the river and those who work the land come together. And it sits at a temporal crossroads as well, during a time when folklore and tradition spar with the scientific method and modern thinking. Setterfield said, "It was obvious to me that [the novel] had to be set at that time because not only do you have Darwin explaining human beings to themselves in a brand-new way, but folklore, witchcraft, superstition [are] still going strong. Religion is a very powerful influence still. And in the U.S., William James—Henry James's brother—was doing academic work which places him as a precursor to Freud, so you can actually place the very beginnings of psychoanalysis at this time, too." And psychoanalysis and storytelling intersect in the novel, as well: "What can happen when a person chooses to tell their story to themselves in an overly rigid way, and cling to that story? The damage that can do to a person…."

But Once Upon a River is not a thinly veiled analysis of nineteenth-century English folk. It's a wise and lively historical novel that casts out a number of surprising story lines, juggles a colorful mob of characters, and then finally reels everything back in to an ending that is just right.

The Amazon editors selected Once Upon a River as one of the ten best books of 2018, as well as the number-one book of December. And we already can't wait to see what Setterfield writes next.