John Irving and "Crushes on the Wrong People"

[The editors at Omnivoracious are grateful to John Irving for this very special guest post about his new novel, In One Person, selected as one of our Best Books of the Month for May.] 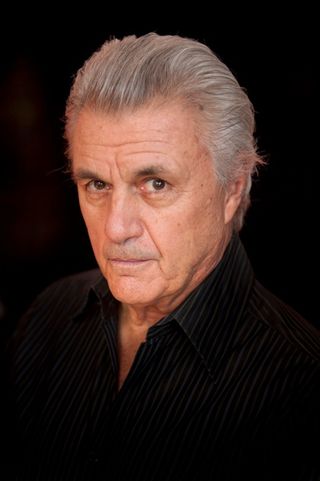 In One Person is about a young bisexual man who falls in love with an older transgender woman--Miss Frost, the librarian in a Vermont public library. The bi guy is the main character, but two transgender women are the heroes of this novel--in the sense that these two characters are the ones my bisexual narrator, Billy Abbott, most looks up to.

Billy is not me. He comes from my imagining what I might have been like if I’d acted on all my earliest impulses as a young teenager. Most of us don’t ever act on our earliest sexual imaginings. In fact, most of us would rather forget them--not me. I think our sympathy for others comes, in part, from our ability to remember our feelings--to be honest about what we felt like doing. Certainly, sexual tolerance comes from being honest with ourselves about what we have imagined sexually.

Those adults who are always telling children and young adults to abstain from doing everything--well, they must have never had a childhood or an adolescence (or they’ve conveniently forgotten what they were like when they were young).

When I was a boy, I imagined having sex with my friends’ mothers, with girls my own age--yes, even with certain older boys among my wrestling teammates. It turned out that I liked girls, but the memory of my attractions to the “wrong” people never left me. What I’m saying is that the impulse to bisexuality was very strong; my earliest sexual experiences--more important, my earliest sexual imaginings--taught me that sexual desire is mutable. In fact, in my case--at a most formative age--sexual mutability was the norm. What made me a writer was definitely a combination of what I read and what I imagined--especially, what I imagined sexually. 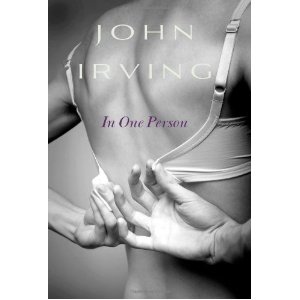 Billy meets the transgender librarian, Miss Frost, because he goes to the library seeking novels about “crushes on the wrong people.” Miss Frost starts him out with the Brontë sisters--specifically, Wuthering Heights and Jane Eyre. She expresses less confidence in Fielding’s Tom Jones, which she also gives Billy. As she puts it, “If one can count sexual escapades as one result of crushes--"

Later, when Billy has become an avid reader and he returns to the library confessing his crush on an older boy on the wrestling team, Miss Frost--who has earlier given Billy novels by Dickens and Hardy--gives him Baldwin’s Giovanni’s Room. (This is the same night she seduces him.)

“We are formed by what we desire,” Billy tells us--in the first paragraph of the first chapter. He adds: “I desired to become a writer and to have sex with Miss Frost—not necessarily in that order.”

Later in the novel, Billy realizes this about himself: “I knew that no one person could rescue me from wanting to have sex with men and women.”

My first-person novels are confessional stories about sexually taboo subjects. The 158-Pound Marriage is about wife-swapping. The narrator of The Hotel New Hampshire is incestuously in love with his sister. Johnny Wheelwright, the narrator of A Prayer for Owen Meany, is called (behind his back) a “nonpracticing homosexual”; his love for Owen Meany is repressed. I always saw Johnny as a deeply closeted homosexual who would never come out. In One Person is a much shorter novel than Owen Meany, and Billy is an easier first-person voice to be in--Billy is very out.

Billy says: “I wanted to look like a gay boy--or enough like one to make other gay boys, and men, look twice at me. But I wanted the girls and women to wonder about me--to make them look twice at me, too. I wanted to retain something provocatively masculine in my appearance.” Billy remembers when he is cast as Ariel in The Tempest, and Richard (the director) tells him that Ariel’s gender is “mutable.”  (Richard tells Billy that the sex of angels is mutable, too.) Billy later says: “I suppose I was trying to look sexually mutable, to capture something of Ariel’s unresolved sexuality.” He concludes: “There is no one way to look bisexual, but that was the look I sought.”

Billy doesn’t start out so sure of himself. “You’re a man, aren’t you?” he asks Miss Frost, when he discovers that she used to be a man. “You’re a transsexual!” he tells her, accusingly.

Miss Frost speaks sharply to him: “My dear boy, please don’t put a label on me--don’t make me a category before you get to know me!”