The best mysteries and thrillers of February

This month’s mysteries and thrillers include a lady detective hunting for a kidnapped child in Victorian London, a bereft sister looking to get answers to the questions she still has about her murdered sister, a former government assassin gone rogue/freelance, and a damaged LA detective teaming up with a driven FBI agent. 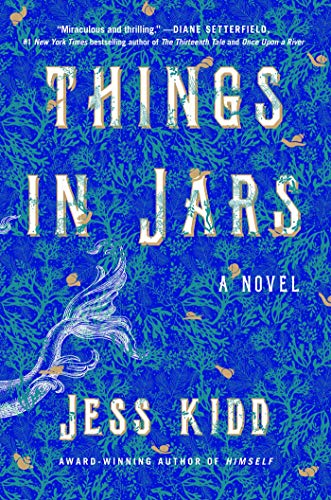 Things in Jars depicts a Victorian world in which wealthy men of science compete with circus owners to purchase and collect all manner of oddities. And it’s only after Bridie Devine, a fearless lady detective, calls to the home of a Mr. Berwick, whose daughter Christabel’s been kidnapped, that Bridie realizes that the elder Berwick is also a collector, and that his “daughter” may be the stolen crown jewel of his collection of marine oddities. No matter. Bridie understands the mind of a collector—she’s been collected in her time and now collects others, such as her 7’ circus performer-turned-maid, Cora Butter. The difference is, Bridie collects to keep the vulnerable safe, not to dissect or display them. As Things in Jars opens, she’s curious to find she’s added another, spectral, being to her collection: Ruby Doyle, the ghost of a deceased boxer, still clad only in the boots, drawers, and top hat he wore at the time of his death. A Gothic mystery, a supernatural romance, a macabre comedy: Things in Jars is all of these things and I was sad when it came to an end. --Vannessa Cronin 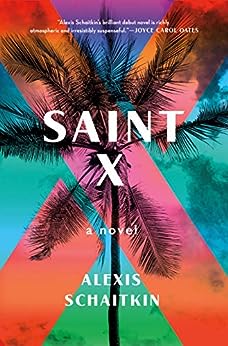 A beautifully written and paced debut novel that spotlights race, class, and privilege. Claire is seven when her college-age sister Alison disappears during a family vacation on the fictional Caribbean island Saint X, only to be found dead days later. Although two resort employees are arrested in connection with the crime, they are soon released due to lack of evidence. Claire is now 25 and living in New York. Her parents have seemingly moved on from this tragedy, but Claire cannot. She experiences a chance encounter with one of the men who was initially accused of the murder, and becomes obsessed with him. She integrates herself into his life—under a false identity—in hopes of learning what happened to her sister. Reminiscent of some of the sharp observations and language that made Gone Girl a success, Saint X will keep you up all night and haunt you for days after. --Sarah Gelman 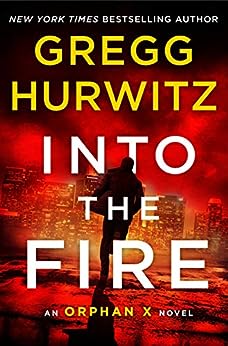 Into the Fire: An Orphan X Novel by Gregg Hurwitz

If your taste in thrillers runs to Jason Bourne and Jack Reacher, then step right up because Into The Fire, the latest Orphan X novel, is just as entertaining and like those earlier series, each book works as a standalone. Of course, once you turn the last page you will want to go back and read the rest of the series. Evan Smoak was once known as Orphan X, the MVP on a team of off-the-books government assassins, in training since they were children. But he went off-off-the-books, reinventing himself as The Nowhere Man, dedicated to helping the truly desperate. And Max Merriweather fits that description to a T: his cousin has been brutally murdered and now he, and anyone who tries to help him, will be next to die. The action is fast-paced, cinematic, and relentless in Orphan X novels, but characterization never takes a back seat to plot, with assassin-with-a-conscience Smoak one of the most oddly relatable killers in fiction. 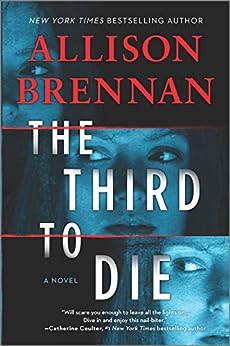 The Third to Die by Allison Brennan

The Third to Die is an up-til-2am read, told from three points of view: cop, FBI agent, and serial killer. On administrative leave from her day job in LA, Detective Kara Quinn is running near her grandmother’s home in Liberty Lake, WA when she comes across the mutilated body of a young nurse. Across the country, in DC, word reaches FBI agent Mattias Costa that the Washington state murder appears to be the work of the Triple Killer (so-called because he murders three victims, three days apart, every three years). Investigating will fall to the Mobile Response Team (MRT), a team Matt has just put together, with an asssist from Kara. There are familiar conceits here: mutual attraction between a prickly, damaged-but-intelligent female detective and a driven FBI agent, plus the diabolically meticulous killer who brings them together. But Brennan has a sure touch, rarely falling into cliché, providing just enough detail and allowing the reader to infer the rest. A great start to a promising new series.