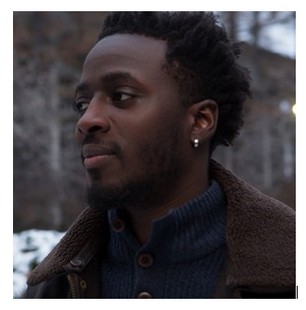 Last month, the National Book Award Foundation announced the recipients of its 5 Under 35 program. The honorees are writers from across the globe, under the age of 35, who have published a debut novel or fiction collection in the last five years. Most importantly, their work must be something that "promises to leave a lasting impression on the literary landscape." One such book, Nana Kwame Adjei-Brenyah's Friday Black, was selected by previous National Book Award winner Colson Whitehead (not too shabby). This timely, and powerful, short story collection tackles the urgent issue of racism in America with candor and surprising humor, something Adjei-Brenyah talks about in this essay.

One of the biggest challenges in assembling the stories in Friday Black into a collection was balancing a surprising, diverse group of pieces into a cohesive whole. I like that, going from one story to the next, you don’t know what kind of world you’ll be in. That being said, I think that one of the threads that follows through and stitches the stories together is the awareness the characters have of the world around them, a certain searching quality. Whether consciously or unconsciously, the characters in these stories see that something is wrong, something is missing. They don’t have the answers but they at least try to ask important questions of themselves and their worlds. Questions like: What is the price of racism on the heart? What is the toll paid in our consumer culture by workers? How does one survive a brutal world without becoming a part of the brutality?

There’s a gritty realism and a sharp-edged futurism in these stories. I enjoy inhabiting imagined future spaces, ones that feel like they could, in one way or another, very well be right here and now. I like using what I call “could-be hyperbole,” the kind that makes you think, “Is this really that far from the truth?” But it’s also important to me that the stories sometimes inhabit completely familiar worlds because sometimes the world, as it is right now, is already absurd enough, chaotic enough, for me to get the point across.

And then at other times, extrapolating toward the future can help to emphasize the absurdities of the world today. Like our state of perpetual war, something I touch on in “The Era.” I like to think there will be a time when the world will look back in disgust at right now. Instead of writing about that world, that world I hope for, I often will write about the world that it seems we’re on course for, one where war machines just get stronger and more vicious, where more and more people accept brutality as a fact of life. By creating those worlds—worlds that I hope and imagine most readers will resist, worlds that will make them cringe—I’m highlighting the ways in which we may already have reached the bleak future I’m portraying.

The final unifying piece of the collection for me is humor. The perverse, the unexpected, the illogical can be funny. A lot of these oppressive systems that are inherent to our culture, like racism, are often pretty funny when you look at them closely. Not in their brutality, or the way actual harm manifests itself, but in the illogic that leads to supposedly reasonable humans living such violent lives. It isn’t funny that humans trample each other for discounted televisions; it’s insane. But the fact that it keeps happening, and that we all might feel it’s wrong, but don’t or can’t do anything about it—there’s something strange there. Something that would maybe be funny if it weren’t so sad. I like to use humor to highlight the absurdity of cruelty.