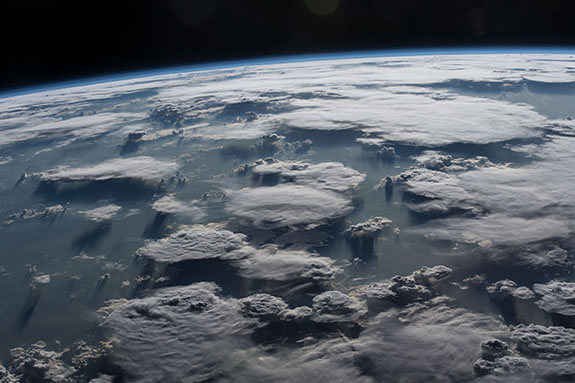 As a space shuttle pilot, International Space Station commander, and Soyuz crew member, Terry Virts has spent more than 200 days in orbit. Those aren't idle jobs, but on his latest mission, he also managed to take over 300,000 photographs of Earth, his extraterrestrial home, and daily life at the edge of space. With the help of National Geographic, Virts has culled the best of those for View From Above, a spectacular collection that  provides a glimpse of our home planet from an astronaut's perspective. Enjoy these photos from the book, along with a note from Virts.

This book is not a memoir; the story of “how I became an astronaut” has been told time and again. It is also not an atlas or geographic reference; that book has also been written many times.  Rather, in View From Above, I have attempted to take my space missions and convey them using beautiful imagery and storytelling. First and foremost, this is a photography book.  Having taken over 300,000 still photographs during my most recent spaceflight, I never could have sorted through them all without the help of an amazing National Geographic photographic staff, and I think the result is visually stunning and beautiful. Beyond this imagery are the stories, and I have tried to capture the most interesting aspects of spaceflight to give the reader a sense of what it’s like to be there.

What it was like to look up and see a multi-million-pound space shuttle on the launch pad, knowing that it would soon be rocketing into orbit with me on board. What it was like to ride through the intense experience of reentry, strapped in like sardines to a capsule while it withstood 3,000 degree plasma, gyrating and tumbling violently as the parachute deployed, and then coming to rest after a car crash of a thud on the plains of Kazakhstan, followed by a 360-degree roll onto its back. What I was thinking when I first floated out of the space station airlock hatch during a spacewalk, protected from instant death in the vacuum of space only by a thin plastic helmet visor, the earth floating silently below. To be there when the most serious space station emergency alarm went off. What it was like to see earth for the first time. How I got to know countries and continents by color in a surprising way. To look at Earth and not be on it- but rather to see it as a planet “off in the distance,” and perceive it, in my crewmate Samantha Cristoforetti’s words, as a “space ship” flying through space.  What it was like to be alone in outer space with 5 other crewmates, 3 Russians, one Italian, and one American, and to be sitting around the dinner table philosophizing about how lucky we were to be where we were- 6 people off Earth and over 6 billion down below, on our planet; literally one in a Billion. To spend this time with those same Russian Cosmonauts, some of my best friends, in the midst of the tensest US-Russian relations in decades down on Earth. To be stranded on the station after the explosion of a Russian cargo ship delayed our replacement crew, leaving us in space for a month longer than planned, waiting day by day to learn when we would return to Earth.

These stories and others are what made my spaceflights so unique and compelling. The International Space Station itself is a multi-faceted amalgam of engineering marvel, scientific discovery, exploration, and perhaps most importantly, international cooperation. Putting this book together was one of the highlights of my professional life. It was a real joy to make a concerted effort on the art of storytelling, through words and photographs- something very different than my technical/pilot/astronaut training, but something that was uniquely fulfilling and personally enjoyable. My National Geographic editors did an outstanding job on View From Above, and I hope you enjoy reading it as much as I enjoyed creating it.

Photographs from View from Above 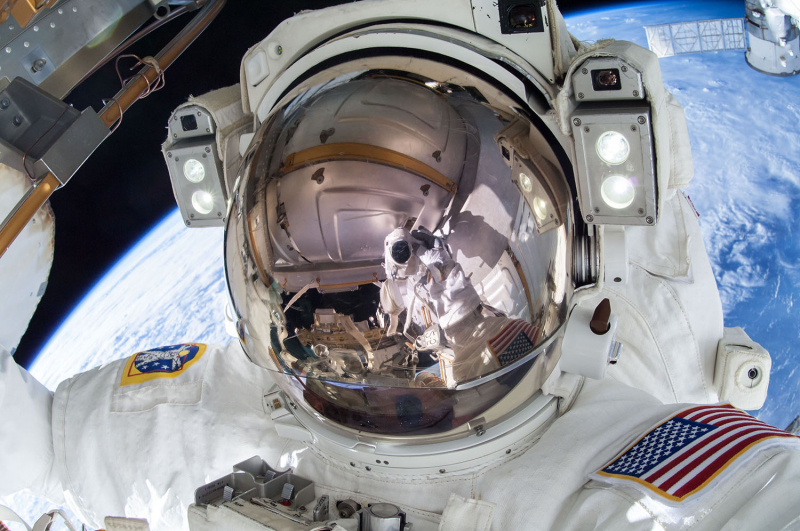 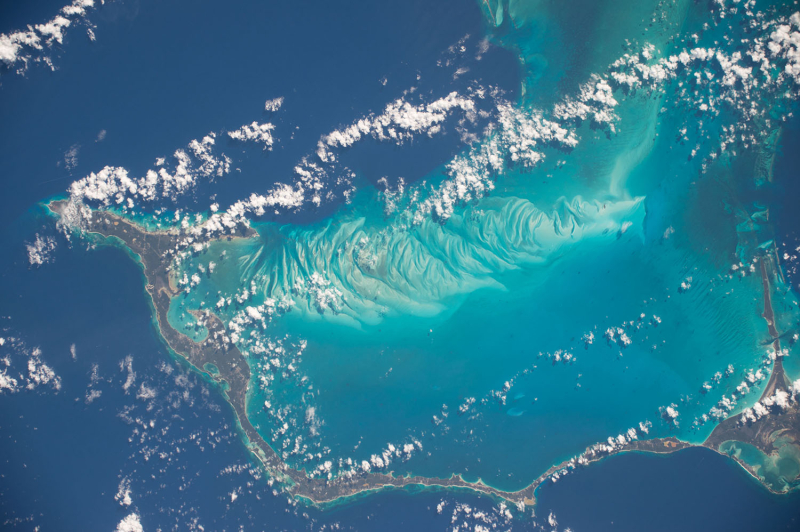 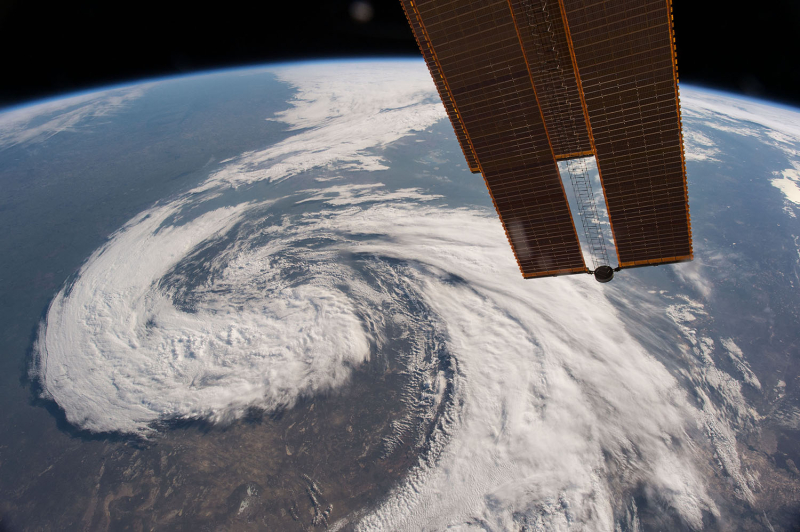 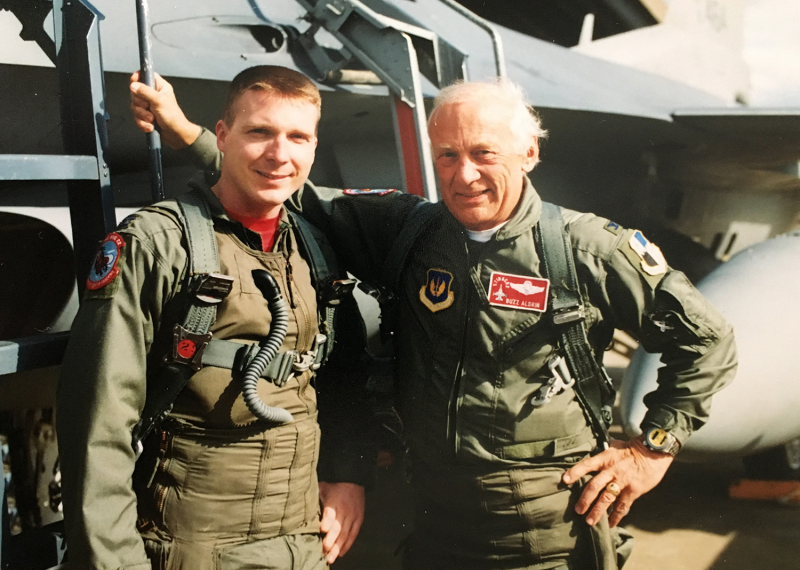 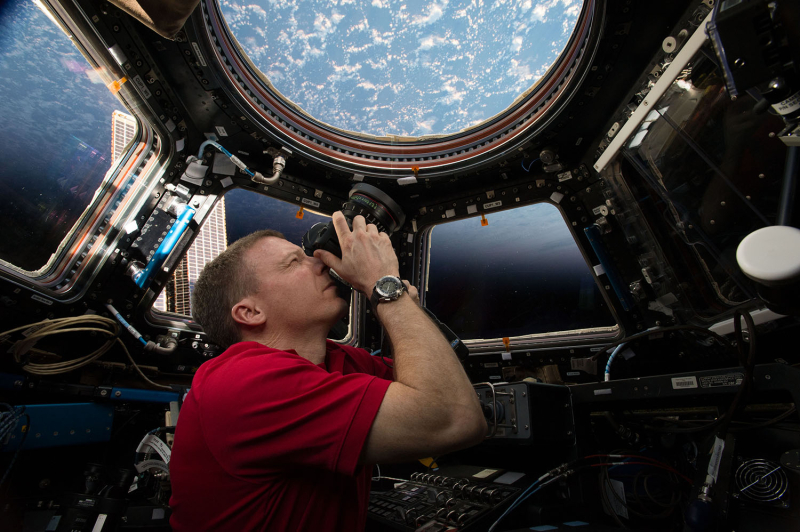 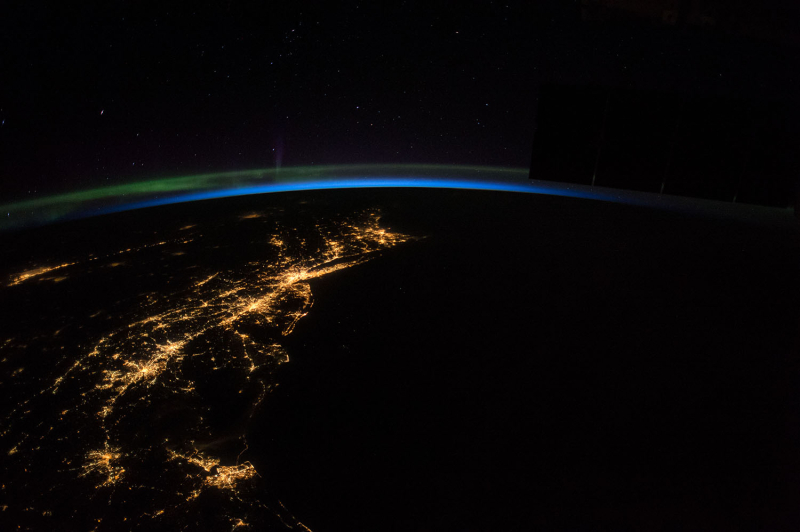 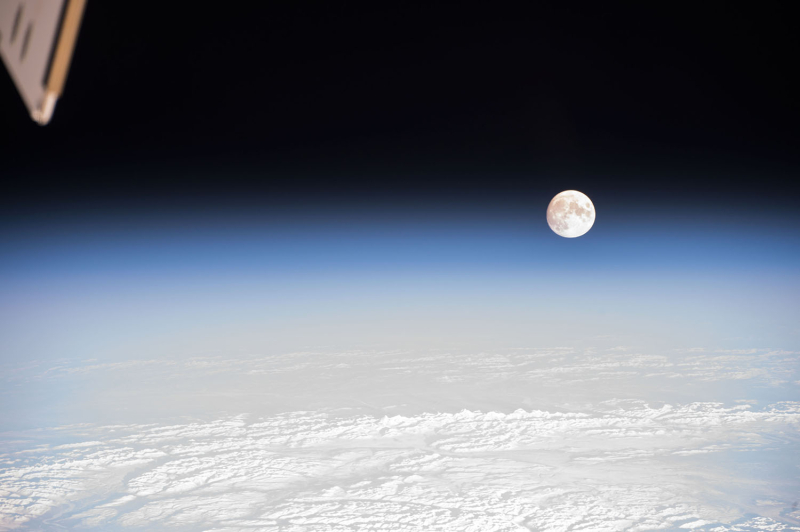