Should Death Be Cured? 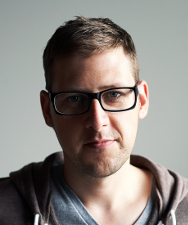 Because I follow Jeff Lemire's author page on Amazon, I get an email every time a new graphic novel from Lemire comes out. And I get a lot of emails about Jeff Lemire. The creator of Essex County, Underwater Welder, and Roughneck, Lemire also writes for the Green Arrow and Old Man Logan story lines. Not only is Lemire extremely talented, he makes his fans happy by being prolific as well.

On the eve of San Diego Comic-Con, I spoke on the phone with Jeff Lemire about the new hardcover edition of A.D.: After Death, the rare graphic novel in which he did the art while another creator--a fellow you might have heard of named Scott Snyder--wrote the story.

Amazon Book Review: You're in Toronto, right? Why is that half of the comic book creators I run into are from Canada and specifically Toronto?

Jeff Lemire: It's a real hotbed now. There seem to be dozens of creators here all of a sudden. It's weird; it always happens in these waves. Twenty years ago, for some reason Chicago was the place. And then Portland and Seattle after that. Now it seems to be here. I don't know what it is. [Laughs.] Or what's in the air. It doesn't seem to have any reason behind it; it just sort of happens.

Please tell me about A.D.: After Death. 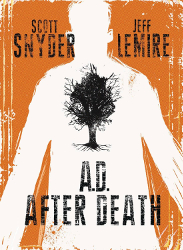 A.D.: After Death is a science-fiction story. It is a rural, character-driven memoir, too. The concept is a world where death has been cured genetically, and you follow one man, Jonah Cooke. His role in all this is kept a mystery until the end of the story, but he was one of the people who was instrumental in bringing about this cure, and now he lives in this community with other people who have been cured of death. He's starting to really question everything: if what they've done is right, and if being able to live forever really is a gift or if it's a curse. And intercut with that we have his memories, his earliest memories from childhood, which almost feel autobiographical. I think they are really personal things that Scott wrote in prose style, and I illustrated [them] with illustrations rather than comics. The book is a unique mixture of traditional comic book [art] and sections that are more prose heavy and more conceptual illustration. It was originally published as three volumes, and now it's been collected into one big book.

[A.D. is] a little different because it's the first time I've worked with another writer. Generally I'm writing for another artist, or if I'm drawing, it's for stuff that I've written. But Scott and I are really good friends, so we already have a good rapport and a good working method where we get on the phone and break down the story, and then I'd go off and start drawing.

I generally do like shorter things. I like having an ending that you're always working towards. Even when I do more serialized work for Marvel or DC or some of my Image work, I always have my ending in mind.

You write and draw a good number of comics. How do you chose what you're going to work on and how do you figure out when your plate is overfull?

You generally don't know your plate's too full until it is, unfortunately. [Laughs] I'm in a lucky position where I draw my own material that I write, but I write for a number of other artists, so that allows me to do a lot of projects at once. You can really only do only one book at a time if you're drawing, because it's so labor intensive and time intensive. But if I can also write other projects that other people are drawing, it really opens things up for me to do different kinds of stories and a lot of different projects. The way I choose things, it's simply a matter of a story that captures me and doesn't let me go, and I really want to tell it--or the case of something like A.D. or Descender, there will be an artist or another creator who I really admire and who's a friend of mine, and we really want to work together on something. And something will form out of that friendship, as it did with A.D. [with Scott Snyder] and with Dustin Nguyen on Descender. I'm kind of in a privileged position where I can pick and choose my projects now and work with friends and with other creators who I admire greatly.

How did you start out in the business?

I didn't know any other writers or artists or cartoonists at the time, so I was really on my own. And I was just teaching myself. I didn't go to art school or study writing or anything like that. Everything just came from trial and error. I spent a number of years before I published anything, just trying all kinds of different things, both with art and writing--different techniques and different tools. There were a lot of failures but a lot of little things that kind of worked, and I'd keep those….

I was here in Toronto, just working night jobs as a cook, and then all day I would draw my comics and just try to find my voice as an artist and a writer. Around 2005, I started work on Essex County, and I just did that on my own, without a publisher, not really knowing if it was anything that would ever deserve being published. I was just doing it for the love of it. I started by self-publishing, and I submitted it to a few smaller U.S. publishers. [Essex County] was published by Top Shelf in 2006.

When people discover you, do they tend to find you through one or two works?

It's funny. There are more personal, literary projects that I draw myself, like Essex County or Sweet Tooth and Roughneck, and things like A.D. as well. And on the other side, I do more commercial or mainstream work. I write a lot stuff for Marvel and DC, and even some of the things I do for Image that are more genre-driven, like Descender. I have these two sides to my career, and as a result I'm lucky enough to have cultivated an audience that's pretty broad and diverse as well. You see fans who read just the superhero stuff I do, and they might then try some of the other stuff, because they like what I've done; or vice versa. There's never really been one project.

It sounds like your interests about what you want to write about are very diverse too, so your future fans can find you almost anywhere.

Yeah. I love comics; I always have. I love everything: I love superhero comics, I love sci-fi comics, and I love doing more experimental or literary graphic novels as well. I think that if I did just one type of story, if I focused on one of those things, I would probably get bored a lot. I love being able to jump between new and different kinds of stories; then I don't have to limit myself to one genre or one kind of comic. I just love good comics, no matter what the genre. So it's fun to be able to play in all of those. 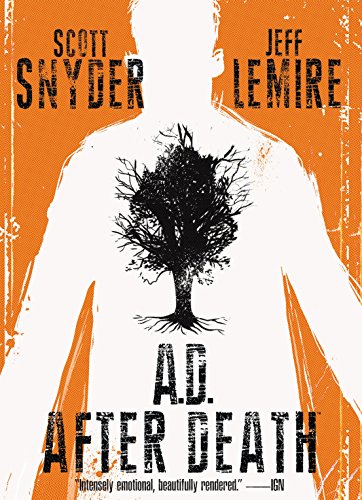 A Teenage Prodigy in...
Read