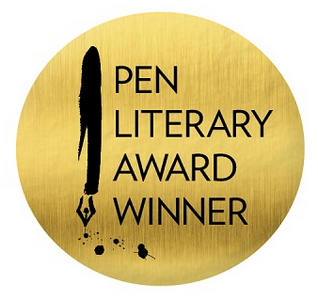 The night before PEN America announced the recipients of its treasured literary awards, Tess Lewis, a translator and critic who was on her way to a concert, found a parking spot and checked her phone. There, in her inbox, was a letter from the administrator of the PEN America Literary Awards. Lewis had won the prose translation prize for Angel of Oblivion, by the Austrian writer Maja Haderlap. “I was so happy and excited,” Lewis said. “The shortlist was so strong, I never thought I’d get it.”

Over all categories, which include awards for fiction, sports writing, poetry, works-in-progress, and even magazine editing (that went to Michael Archer and Joel Whitney for Guernica: A Magzine of Art and Politics), the PEN prizes amount to over $300,000. But many authors feel that the money, though welcome, is not the most significant benefit the awards confer. For Lewis, the prize will give a second life to a book that received great reviews in important US publications like Kirkus and Publisher’s Weekly, but little media attention thereafter. “Not only do prizes offer much needed encouragement to people who spend years of their lives alone at their desks, but they help spread the word about excellent but overlooked books. In a world where coverage of the arts is an endangered species, this is vital.”

PEN America’s founding charter, which dates from 1922, states, “Members of PEN pledge themselves to do their utmost to dispel race, class, and national hatreds and to champion the ideal of one humanity living in peace in the world. And since freedom implies voluntary restraint, members also pledge themselves to oppose such evils of a free press as mendacious publication, deliberate falsehood, and distortion of facts for political and personal ends.” The organization’s current president is Andrew Solomon, the author of Far from the Tree: Parents, Children, and the Search for Identity and the National Book Award-winner, The Noonday Demon.

Certain of PEN’s biggest awards – the PEN/Jean Stein Book Award, PEN/Nabokov Award, PEN/Robert W. Bingham Prize, and PEN/Diamonstein-Spielvogel Award, will be announced live at the 2017 PEN Literary Awards Ceremony on March 27. But for now: congratulations to all the award recipients. If their work isn’t familiar to you, this a great time to discover them. Each one’s a winner.