"The Nine Lives of Authors . . . and Other Things I’ve Learned from Research" by Lisa Gardner

Lisa Gardner is starting off the new year with a bang. Tomorrow she will release the new Kindle Single 3 Truths and a Lie: A Detective D. D. Warren Story, and in early February comes her next novel Find Her. We asked the best-selling author about her research, and she provided us with this exclusive essay: 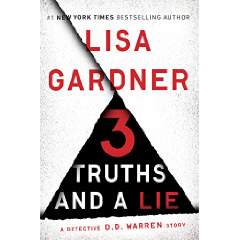 The Nine Lives of Authors... and Other Things I've Learned from Research

The call came in from mall security: agitated male, camped out on a food-court bench, disturbing local shoppers. Subject was described as disheveled, possibly homeless and/or mentally ill. As the closest responding officers, we requested backup while advising mall security to clear the area, which they did. Within minutes we entered the mall and identified the target, an older male, wrapped in a blanket, muttering heavily under his breath. My partner and lead officer, Dr. C. J. Lyons, took two steps forward and then paused, neither of us certain how to proceed. At which point the male subject looked up, stared us both straight in the eyes, and blew all three of us to smithereens.

End of simulation number one. 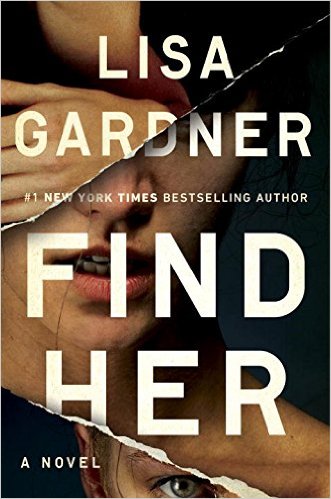 Next training exercise: hostage situation, crowded city bus. Unknown number of assailants. Our mission: Board the bus and then identify and contain/take down the hostiles. No more hesitation, we were advised; act with authority. Confident and controlled. Once again, doctor and bestselling thriller writer Lyons led the charge. This time we boarded fast, led with our weapons, and clearly identified ourselves as police. Four seats back, a male reached into his jacket pocket. No more hesitation. We opened fire. And shot a father reaching for his cell phone.

Welcome to the Writers’ Police Academy, where everyone from aspiring thriller writers to bestselling suspense novelists such as myself can gain hands-on training in real-world policing. From computer simulators like the incidents described above to classroom lectures to active SWAT drills, you spend two days learning everything, including how to conduct hostile building raids, how to test for blood spatter, and, of course, how to be a better cop. And if you’re anything like me, you die. A lot. By the end I felt mostly like Kenny from South Park. 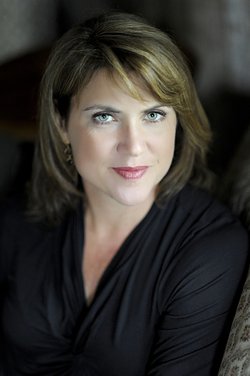 And I loved it. That local detectives, snipers, forensic gurus, even the bomb squad, would take time out to teach a bunch of crazy writers accurate procedure is amazing to me. I like to think we taught them somethings as well, such as, after watching a million-dollar robot disarm a backpack explosive, the number one thing writers want to know: What is the name of the robot? (“Robot,” we were informed, by a rather bemused technician who clearly thought we were crazy.)

But the most important lesson I learned from an entire weekend of simulation and drills? Each situation is inherently unique and dangerous in a new and unexpected way. For example, trying to remedy what got you killed in the first scenario almost always led to your death in scenario two. Because crime isn’t linear. And the stupid criminals in incident A aren’t the same stupid criminals in incident B. Each time you start from scratch. And the best advice is to always act with authority. Calm and controlled. Trust your team, trust your training.

I reminded myself of that after each of my deaths.

The goal of the Writers’ Police Academy is to inform our stories and help suspense novelists do justice by the law enforcement agents who populate so many of our novels. It also gave me a different kind of idea. For example, what would it be like to send my lead detective, Boston cop Detective D. D. Warren, to the Writers’ Police Academy? Staring down a classroom of bloodthirsty thriller writers who really do want to hear all the gritty details and, yeah, study the photos.

Sure, she could lead with everything writers get wrong—instant DNA results, more on-the-job action than required paperwork, and, oh yeah, all serial killers all the time. But frankly, no thriller writer wants to hear the boring truth.

Which leads D.D. to make a decision. She’ll teach Policing 101, all right. By walking the crazy writers through the strangest case she’s ever worked, involving a hooker, a seedy hotel, and a severed limb. She’ll feed them three truths, one lie. And see just how well the writers do at playing detective as well.

Oh, I should probably mention, D.D.’s “strangest case” is based on a real-world condition as well. I do love research.

Even when it kills me.