A newspaper column, a book, and now a series on Prime Video 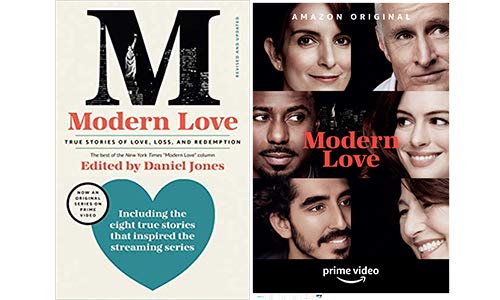 Modern Love.  Conjures up all kinds of feelings, doesn't it? The adrenaline rush of falling for someone, the conviction that your heart is literally breaking, and a whole lot in between. Many of you will also immediately make the connection to the popular column in The New York Times. "Modern Love" first appeared in the Styles section in 2004 and caught fire with readers. Shortly thereafter, editor Daniel Jones put 50 of the essays into a collection that became Modern Love, the book. Just last month Jones revised and updated the book, which now includes the eight essays that have been adapted into an Amazon Original series, released today on Prime Video.

The "Modern Love" column is a favorite of mine, so I was really excited to check out the upcoming anthology series. I got an early look at a couple of episodes and I think the creators did a fantastic job of adapting each real-life story for a viewing audience, while staying true to the emotion and relationship portrayed in the original. Case in point, the essay/episode titled "So He Looked Like Dad. It Was Just Dinner, Right?" written for the "Modern Love" column by Abby Sher. The series episode follows the same daddy-issues relationship confusion story that Sher wrote about, with very minor tweaks (instead of a professor/student situation it's senior/junior work colleagues) but their saga continues

past the point where the essay ends. The added story line made sense to me, even as a viewer who had previously read the piece. I really enjoyed this one, and it didn't hurt that the young woman is played by Julia Garner (love her in Ozark) and Shea Whigham is her much older love-not love-maybe love interest.

The cast of Modern Love is filled with well-known actors: Anne Hathaway and Gary Carr star in the third episode, "Take Me as I Am, Whoever I Am" - about a bipolar woman who thinks life is a series of musicals when she's in a manic phase, good to know because it otherwise it's a bit of a strange what-is-happening?? moment when the actors suddenly break into song and dance at a grocery store.  Another unique love story, well-rendered onscreen.  Other notable actors you'll see paired up include Tina Fey and John Slattery, Catherine Keener and Dev Patel, and Andrew Scott with Brandon Kyle Goodman.

Lay in the snacks and prepare to binge-watch this weekend, my friends, Modern Love is pretty irresistible once you get started... 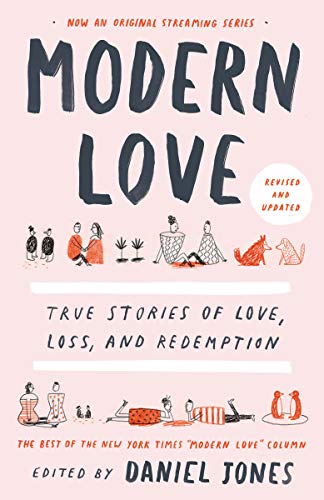