Eleanor Brown Talks to Alex George About His New Novel "A Good American." 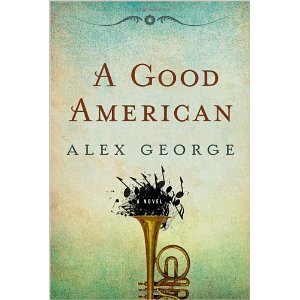 Eleanor Brown: My crack investigative skills (and your charming British accent) tell me you’re not from the United States. How does an Englishman living in Missouri come to write a book titled A Good American?

Alex George: So it’s true what they say about novelists and their highly developed observational skills! The title comes from a conversation that takes place early in the book, just after the grandparents of the immigrant family, Frederick and Jette Meisenheimer, arrive in America, when one of the first people they meet encourages them to be “good Americans.” I decided to tell an immigration tale soon after I moved to the United States myself. Writers are often told, “Write what you know.” It struck me that the experience of packing up my life and moving to another country, with no expectation that I would ever return home, was something worth writing about. And almost all people in America have a story similar to this one somewhere in their past.

Brown: In a case of life imitating art, I understand you’re in the process of becoming a U.S. citizen. Are your feelings about that similar to your characters’?

George Frederick and Jette react to life in America in diametrically opposite ways. Frederick adores his new country immediately, and embraces it wholeheartedly. Jette, on the other hand, is constantly longing for home. I find myself caught somewhere between the two. I love living in the United States, but I miss England every day. This is the paradox of the immigrant existence: one wants to adapt to one’s new home without forgetting where one came from. And yes, I am in the process of acquiring U.S. citizenship. In the novel, when Frederick and Jette take their oaths, Jette’s eyes are filled with tears as she does so. I hope I won’t be crying, but I’m sure that there will be a little bit of sadness, together with the excitement. I wrote that scene years ago. It’s strange that I’ll be in the same ceremony within weeks of the novel’s being published. 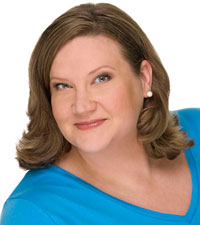 Brown: Both of our books are concerned with finding a place to call home. Why is that important to you?

George: I’ve lived in the States for almost nine years now, and I’m still trying to work out where home is for me. If you subscribe to the maxim that “home is where the heart is,” then I suppose it’s easy enough: home is in Missouri, where my children are. But the actuality can often be more complicated than an old adage would have you believe. Whenever I go back to England, the past rushes up and ambushes me, and I find myself overwhelmed by a strong sense of belonging. There’s no escaping your roots.

Brown: What are the challenges, and the advantages, of writing a story that follows one family over the course of an entire century?

George: The biggest challenge was to fit the story I wanted to tell into the framework of history that was already there. I didn’t have the freedom to decide when certain events happened. That was occasionally frustrating, but it was a challenge I relished. The fun part was to incorporate real people into the book--two presidents make an appearance, for example--and in fact, the twentieth century was so eventful that at certain points the book almost wrote itself. The only downside was the amount of research I had to do to make sure that I got all my facts right. I’m slightly allergic to research, to be honest. I prefer just to make stuff up.

Brown: What is your routine when you’re writing?

George: My “day job,” as an attorney, is demanding, often with long hours. But when it comes to writing, I need a regular routine. I figured out a long time ago that the only way I would be able to find a consistent time to write every day was if I got up early, when there are no clients calling, no family commitments--just me and the stories in my head. So every morning I get up at five and work for two hours before the rest of the day begins. That’s why it took me five years to write this book. 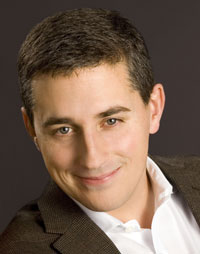 Brown: Music is important in the novel, and from reading your blog and following you on Twitter, I know you’re a jazz fan. If A Good American were set to music, would it be jazz? opera? boy bands?

George: Probably a little bit of all--okay, maybe not the boy bands. Several different types of music appear in the book. The story begins with an opera aria, and includes ragtime, bluegrass, and barbershop singing. Music, like life, is intoxicating in its variety and richness. Don’t make me choose just one kind!

Brown: There are an extraordinary number of secrets in this story. Why do family members keep so many secrets from one another?

George: As the saying goes, you can choose your friends, but not your family. Many of us have to learn techniques to help us live with those we love the most. Secrets are often perceived as pernicious things, created by bad faith or dishonesty, but sometimes--as in A Good American--the greatest secrets of all are kept at enormous personal cost. And they are kept out of a desire not to hurt others. They are an act of love.

Brown: Which books or authors have had a strong influence on your writing?

George: There are many, many wonderful writers whose work I admire and love. It’s impossible to give anything approaching a comprehensive list, but here are a select few, in no particular order: Salman Rushdie, for the richness of his imagination and the strange glories of his language; Julian Barnes, for his faultless elegance; Lorrie Moore, for her luminous prose; John Updike, just for being John Updike, but especially for the Rabbit books; John Fowles, who first showed me (in The Magus) the magical ability the best books have to transport you to another world; Richard Powers, whose books taught me to raise my ambitions when I sit down to write; and John Irving, who always told the best stories.