Round 2 of Middlemarch Madness: 16 Literary Characters Go Head to Head 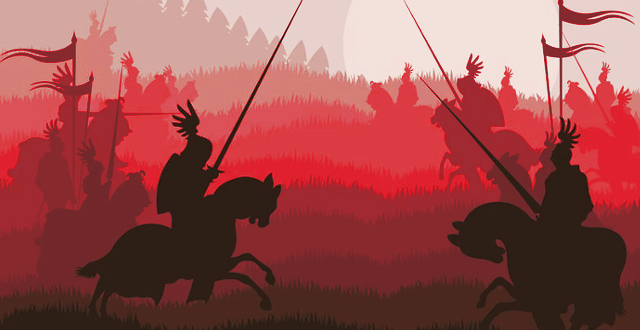 For those whose basketball brackets have crashed and burned in the last few days, here's your chance to feel like a winner again. Our Middlemarch Madness book duels between great literary characters progress to Round 2.

Some matchups should be epic, like Tarzan versus Robin Hood and Scout Finch versus Anne Shirley. And some will be pretty weird, such as Jane Eyre versus Shere Kahn. (My money is on Jane Eyre. That woman is tough.) You decide below who would win in a battle of wits, wisdom, and physical prowess.

But let's first relive the highlights of Round 1. Jane Eyre decimated Antonia Shimerda (My Antonia) with the most lopsided win. Although Shimerda and Eyre both learned reliance and strength during challenging childhoods, Eyre quickly took the lead and never looked back. She will need all her strength in this round against Shere Kahn, the villain of Jungle Book. Robin Hood also made quick work of Cyrano de Bergerac, advancing to Round 2 without even needing to string his bow.

The closest bouts were among the four seafaring gentlemen. Captain Hook barely eked out a win over Long John Silver. Though Hook had a loyal crew chanting their support for him, Silver's wiles almost put him over the top until a swipe of Hook's hook caused Silver to stumble backward and out of the ring only seconds before the end of the bout. Next Hook faces Mr. Darcy, who might not have the cunning of the captain but is coming off his battle with Mr. Rochester fairly fresh. (Darcy won 75% of the points against Rochester, a win not only for Darcy but a blow against romanticizing the "love" of abusive men.) The contest between Captain Ahab and Captain Nemo was almost a draw, until Nemo shouted "Blows!" and pointed to the horizon, distracting Ahab long enough for Nemo to overcome Ahab's defenses. Nemo faces off today against Professor Moriarty. 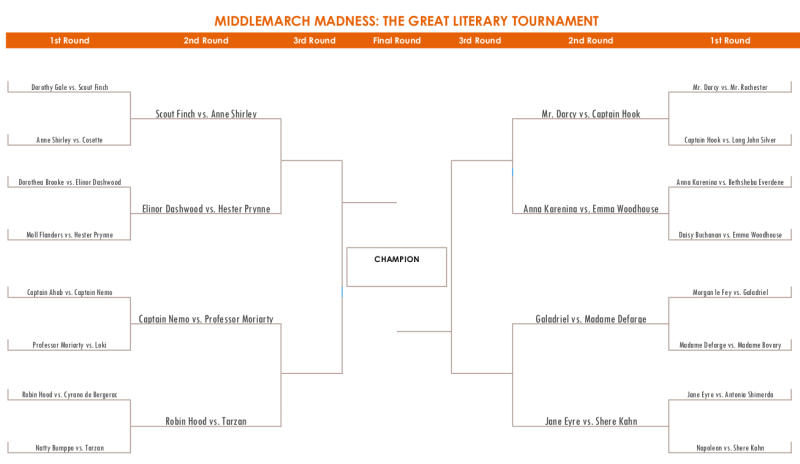 Who will win in these eight battles? You decide by voting below!

Round 3 begins on Wednesday, March 29.