Talking to Carly Simon about her friendship with Jackie O. 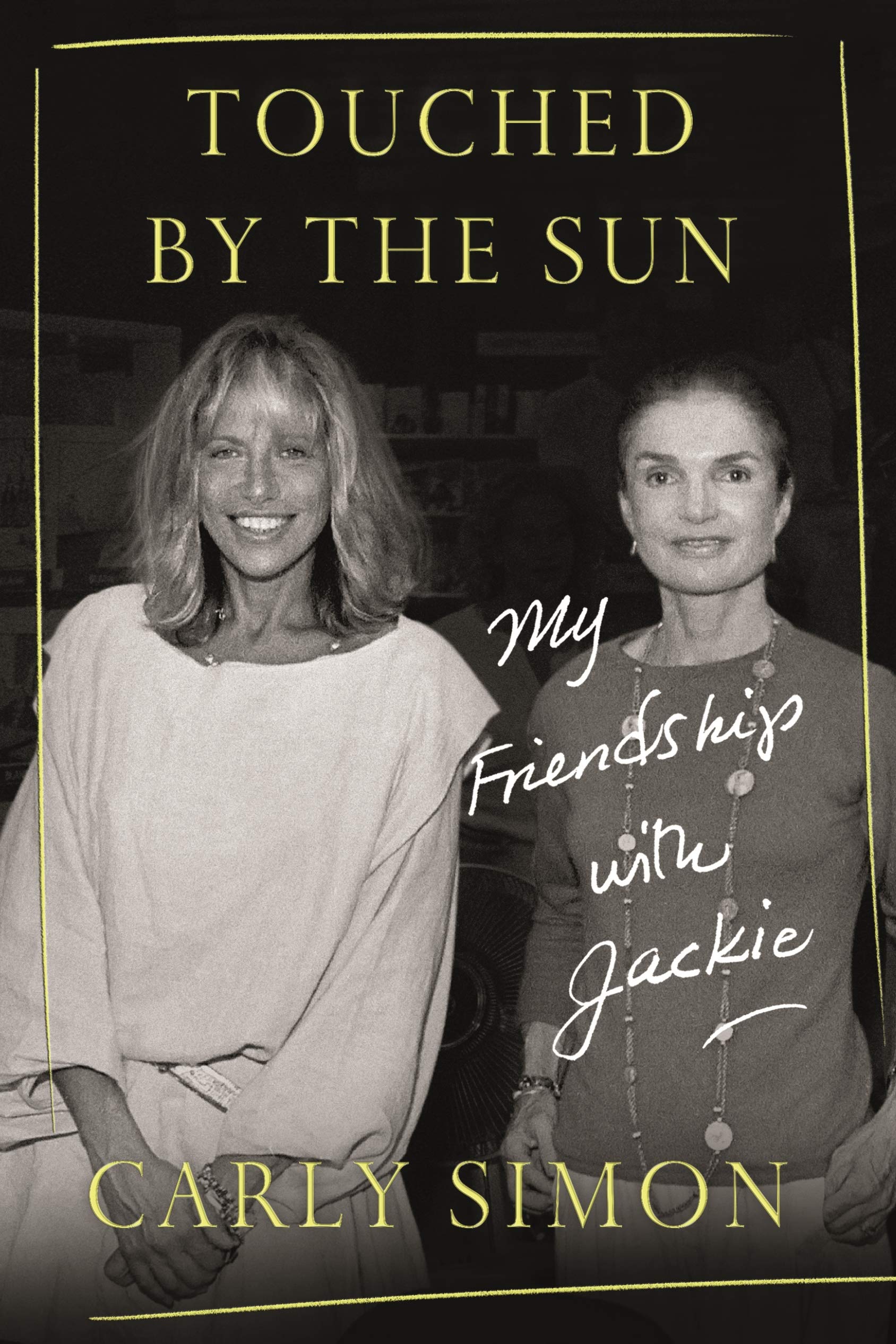 Touched by the Sun: My Friendship with Jackie is Carly Simon’s new memoir about her decade long friendship with Jackie Kennedy Onassis. The book is less a dishy tell-all and more about their genuine friendship, the things they would talk about (love and lost loves, their kids, their friends), the mischief they got up to and the laughs they had. Imagine getting to write about your best friend—all of your adventures, the moments that meant the most to you—and that’s what it feels like to read this memoir. Carly’s writing is introspective and heartfelt and yet she brings a kind of verve to the stories she shares about her dear friend, who just happens to be one of America’s icons.

In the days after I read the book, I found myself missing the life that Carly described – the Martha’s Vineyard breeze and dinner parties with Jackie and their friends (who also happen to be celebrities), cold New York days in the eighties, and conspiratorial lunches and apartment visits when they could just be themselves. Simon writes with a kind of awe and inquisitiveness about her friend, which is where our conversation started.

Al Woodworth, Amazon Book Review: In the opening of Touched by the Sun you willingly confront your own foibles, humor, and the inevitable unknowingness that anyone experiences with another – no matter if the person is world-famous like Jackie O. And yet, we all have this desire to know someone utterly and completely. All of this begs the question – how well do you think you can you actually know someone?
Carly Simon: I think you can only know parts of a person and they are the very parts that attract your very parts. When the attraction happens, they are mutually conducive to openness.

You knew Jackie very well. As you share, and rightly so, she was a very guarded person. What do you think made her open up and share her life and laughs with you?
I like to think she opened up to a certain extent with me and that I made her feel welcome. She maintained, however, a graceful uncompromising sparseness in her opening up. She was elegant in her forthcomings. I sensed that she was always editing and yet sometimes, and quite unexpectedly, all of a sudden there was her soul.

How did you decide to write a memoir about your friendship with Jackie? And what did you want the memoir to give readers?
She has been written about in many historical ways. I wanted people to see her with her shoes kicked off talking about movies and books and love. I wanted people to see a more human part of Jackie, less the icon and more the personality.

Almost from the get go it seems you trusted one another – what trait do you most admire in Jackie? What would she say of you?
There are so many things. It’s hard to pick out one. I think overall, it was her sense of fun and she would probably say the same thing about me.

Your both are women of words: professionally speaking, she was an editor at Doubleday and was your editor for your first children’s book and the ones that followed. What was she like as an editor?
She was very particular but since the books that we did together didn’t have that many words, she was constructive in areas where the pictures came together with the words to draw an overall image or she would suggest using the word brows instead of eyebrows. I know that doesn’t seem to make such a big difference but when there are only 30 words in the book, it’s huge.

I love when you describe “the Glint.” Can you tell us what that is, who else has it, and do you think Jackie did? (When you shared the story of you, Jim, Alec Baldwin, and Jackie all donning wigs to go to a concert incognito, I thought for sure – she has the glint, as does the rest your co-conspirators on that night – is that true?)
I describe the glint in great detail in the book so for now I will just say that Clark Gable as Rhett Butler certainly had the glint as does Bill Clinton, Billy Bob Thornton, and a few other magical people I know.

You sang at Jackie’s daughter’s wedding, and you listened to music together, and of course, you wrote the song ‘Touched by the Sun’ for Jackie. How much was music part of your friendship?
We did spend quite bit of time listening to music. We listened to and danced to my uncle's songs together on a tape that I made for her. My uncle’s was named Peter, “Snake Hips” Dean. There is both active and passive listening. You can have a record on in the background but that’s not the same as when you put on some music and dance to it… and that’s not the same as when you have a massage and listen to music and that’s not the same as when you say to someone: “Here, I want you to hear this” and you sit down and listen to something that would be new for them. Jackie and I did all of the above. 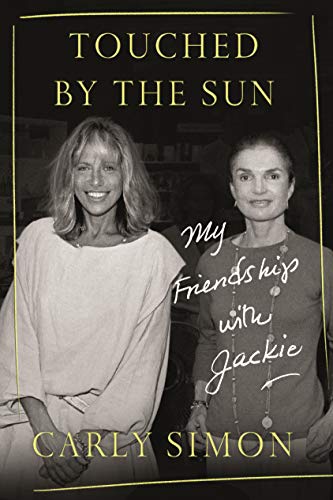