Gary Shteyngart Takes a Bus and Writes a Novel 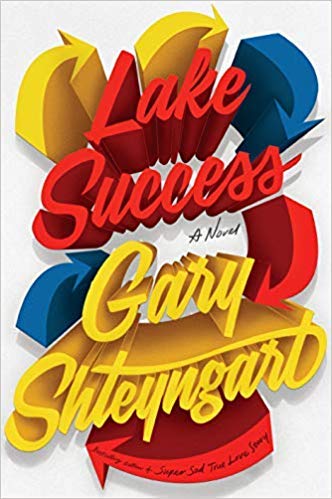 Gary Shteyngart's Lake Success is one of those books that has grown in my mind in the months since I've read it, taking on new meaning, his main character Barry Cohen establishing himself as one of the key, memorable characters I met in 2018. I enjoyed the book at the time; I think I enjoy it even more in retrospect.

"By most measures, Barry Cohen has achieved the American Dream. He manages a hedge fund with $2.4 billion in assets. He lives in Tribeca and has a beautiful wife. He even has a case full of extremely expensive watches. He appears, at least on the surface, to be a highly unlikely candidate for a cross-country journey to find himself. But when we first meet Barry, he is stressed out and unhappy, and he is bleeding because his wife recently attacked him. Soon we learn that there is more imperfection in his life: his son is autistic and an SEC investigation is hanging over his head. So when Barry gets on a Greyhound and tries to leave it all behind (naively seeking out a long lost college girlfriend), we understand the allure he finds in busing himself into the unknown. There is humor in this novel, much of it recognizably Shteyngartian; there is also a dark line running across this story like a line drawn across a map. Shteyngart traces that line, setting his story in the summer of 2016. As Barry meets “real” Americans—i.e. the other 99.9%-- they help to fill in the parts of Barry that are missing. Some readers will feel for Barry’s plight, some won’t. It was Shteyngart’s incisive observations about how we view ourselves and our country that drew me in. There are many different American Dreams out there. But are dreams real?"

Earlier in the year, I caught up with Gary Shteyngart to talk to him about his (at the time) new novel: