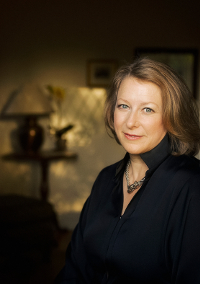 "When I proposed this project," Deborah Harkness says, "I think that they thought I was a bit crazy." But Harkness had been getting an avalanche of questions from the hungry readers who wanted to know more about the characters that they had grown entangled with through A Discovery of Witches, Shadow of Night, and The Book of Life.

After a weekend-long brainstorming session, Harkness and her team came up with the framework for The World of All Souls, a beautifully designed companion book to the All Souls trilogy filled with rich illustrations by Colleen Madden, whom Harkness admiringly calls "my 'illuminator.'" There's quite a bit of text as well about characters, supernatural creatures, bloodlines, and more. Harkness promises, "We've buried a lot of new nuggets in the book." 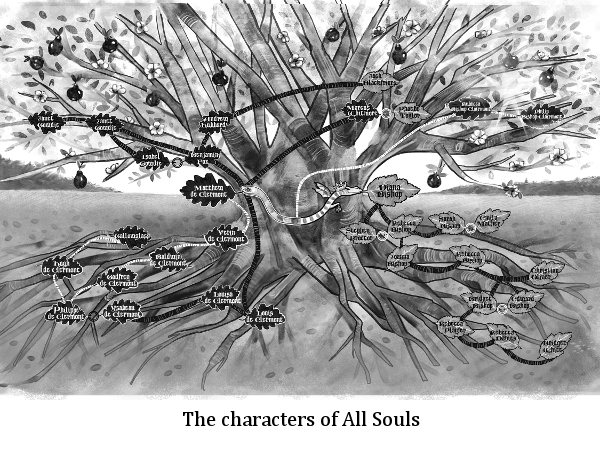 A Discovery of Witches hit many readers' sweet spot in 2011. Quickly becoming a New York Times bestseller, the book gained comparisons to Diana Gabaldon's Outlander series and Anne Rice's vampire novels, with reviewers remarking on its combination of intelligence and enchanting imagination. 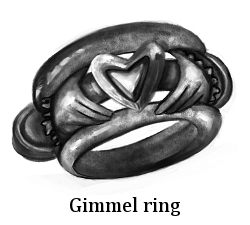 Harkness is a longtime student and teacher of history, and she interwove her deep knowledge of history with a compelling, forbidden love story between scholar and witch Diana Bishop and vampire geneticist Matthew de Clermont. Putting her expertise to good use, Harkness crafted a rich world in both the past and the present, as Diana and Matthew timewalked from modern day Oxford to Elizabethan England to find an enchanted book that holds the long-lost answers to many secrets. 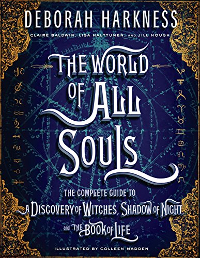 The World of All Souls seeks to "answer the cries of readers who wanted more details," Harkness explains. "We tried to imagine fun and intriguing ways to answer those questions, be it through an illustration…or a letter from Matthew to his father, Philippe." She adds, "We wanted to do it in a way that made [readers] feel like they were being immersed in the world and engaged in the world."

Harkness gives a lot of credit to illustrator Colleen Madden and the design team at her publisher, Viking. "Colleen is absolutely brilliant and an absolute genius," Harkness says, then adds with a laugh, "The two of us are guilty of being practitioners of nonlinear thinking, which means that we were a perfect team, but I think sometimes the rest of the team were kind of left scratching their heads and thinking, 'What are they talking about?'" The book, in its finished form, is "amazing eye candy." 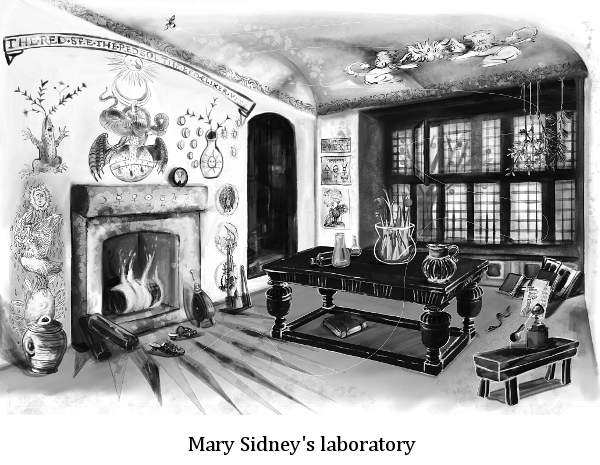 The cherry on top of this companion book is that it offers readers visual teasers to the next All Souls book, Time's Convert, which releases in September 2018. "One of the little hints and the teasers that we have in there is an inventory of Marcus's house in London that is put together by Marcus's fiancée, who has plans to become a vampire herself and works in the field of art history at Sotheby's, the auction house." Marcus, who became a vampire in the middle of the American Revolutionary War, is in love with a 21st-century woman who also seeks to be a vampire. But the two characters have very different worldviews. Harkness says she was trying to answer the question, "How do you deal with the changes that come about as time moves on? How does time change you? Which is really what the title of the book is all about: Time's Convert." Add to that tension that Marcus, a son of liberty, is not comfortable with joining a deeply patriarchal and hierarchical vampire clan, and conflict is sure to erupt. When asked if she'll write another book in the All Souls world after Time's Convert, Harkness pauses and then says, "I probably shouldn't say this, but...yes." As readers of the All Souls books know, there are plenty of fascinating characters who could easily sustain their own novels. But which one is next after Marcus? "I've got lots of story ideas, and I'll just have to see which one grabs me the most after I get off [book] tour for Time's Convert."

In the meantime, readers can enter The World of All Souls, search happily for elusive answers, and speculate about which character Harkness will next wave her literary wand over. 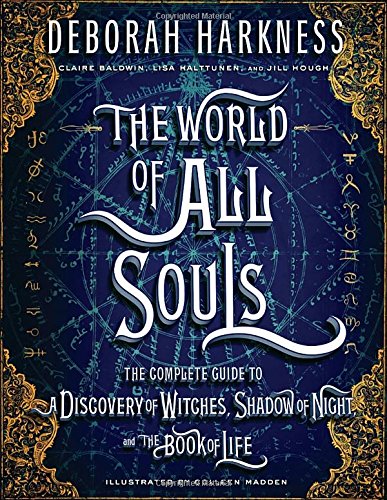