The Best History Books of the Year So Far

It was not easy selecting which books to feature in this post. There are just so many good ones. The list of the Best History Books of the Year So Far is full of great leaders and thinkers, stories of adventure, of surmounting the odds, of justice and injustice, of human ingenuity, and--apt for the age we live in--some controversy, as well as some efforts to heal our national rift. 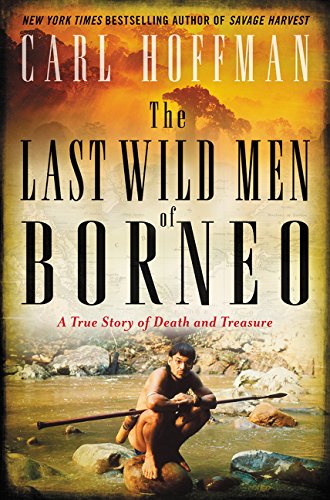 The Last Wild Men of Borneo: A True Story of Death and Treasure by Carl Hoffman - Two modern adventurers sought a treasure possessed by the legendary “Wild Men of Borneo.” One found riches. The other vanished forever into an endless jungle. Had he shed civilization—or lost his mind? Global headlines suspected murder. Lured by these mysteries, New York Times bestselling author Carl Hoffman journeyed to find the truth, discovering that nothing is as it seems in the world’s last Eden, where the lines between sinner and saint blur into one. 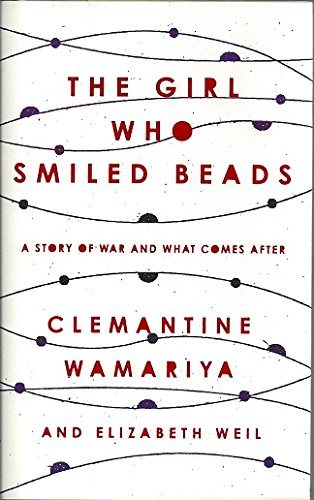 The Girl Who Smiled Beads: A Story of War and What Comes After by Clemantine Wamariya - In 1994, Clemantine Wamariya and her fifteen-year-old sister, Claire, fled the Rwandan massacre and spent the next six years migrating through seven African countries, searching for safety—perpetually hungry, imprisoned and abused, enduring and escaping refugee camps, finding unexpected kindness, witnessing inhuman cruelty. When Clemantine was twelve, she and her sister were granted refugee status in the United States, where their lives diverged, although their bond remained unbreakable. Claire, who had for so long protected and provided for Clemantine, was a single mother struggling to make ends meet, while Clemantine was taken in by a family who raised her as their own. She attended private school, taking up cheerleading, and, ultimately, graduating from Yale. Yet the years of being treated as less than human, of going hungry and seeing death, could not be erased. She felt at the same time six years old and one hundred years old.  In The Girl Who Smiled Beads, Clemantine provokes us to look beyond the label of “victim” and recognize the power of the imagination to transcend even the most profound injuries and aftershocks. 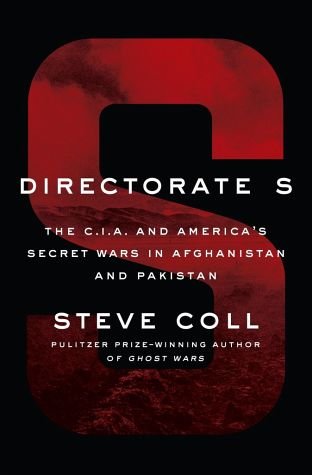 Directorate S: The C.I.A. and America's Secret Wars in Afghanistan and Pakistan by Steve Coll - Picking up from his Pulitzer Prize-winning Ghost Wars, Steve Coll digs deeply into America's intelligence, military, and diplomatic efforts to defeat Al Qaeda and the Taliban in Afghanistan and Pakistan since 9/11. The war in Afghanistan was doomed because of the failure of the United States to apprehend the motivations and intentions of I.S.I.'s "Directorate S". This was a swirling and shadowy struggle of historic proportions, which endured over a decade and across both the Bush and Obama administrations, involving multiple secret intelligence agencies, a litany of incongruous strategies and tactics, and dozens of players, including some of the most prominent military and political figures. A sprawling American tragedy, the war was an open clash of arms but also a covert melee of ideas, secrets, and subterranean violence. 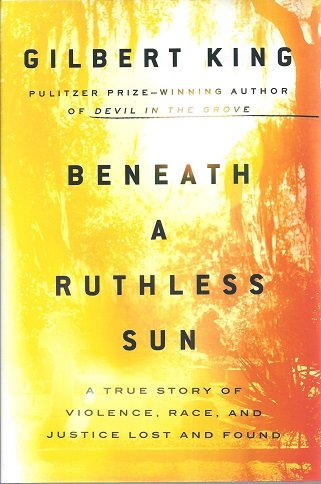 Beneath a Ruthless Sun: A True Story of Violence, Race, and Justice Lost and Found by Gilbert King - In December 1957, the wife of a Florida citrus baron is raped in her home while her husband is away. She claims a "husky Negro" did it, and the sheriff, the infamous racist Willis McCall, does not hesitate to round up a herd of suspects. But within days, McCall turns his sights on Jesse Daniels, a gentle, mentally impaired white nineteen-year-old. Soon Jesse is railroaded up to the state hospital for the insane, and locked away without trial. But crusading journalist Mabel Norris Reese cannot stop fretting over the case and its baffling outcome. Who was protecting whom, or what? She pursues the story for years, chasing down leads, hitting dead ends, winning unlikely allies. Bit by bit, the unspeakable truths behind a conspiracy that shocked a community into silence begin to surface. 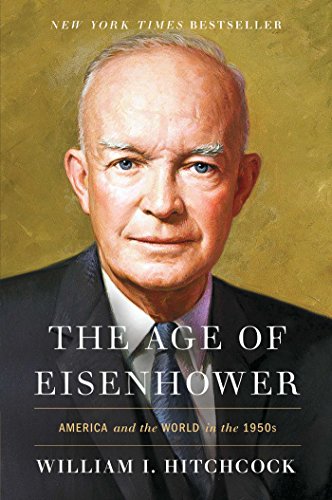 The Age of Eisenhower: America and the World in the 1950s by William I Hitchcock - In a 2017 survey, presidential historians ranked Dwight D. Eisenhower fifth on the list of great presidents, behind the perennial top four: Lincoln, Washington, Franklin D. Roosevelt, and Teddy Roosevelt. Historian William Hitchcock shows that this high ranking is justified. Eisenhower’s accomplishments were enormous, and loom ever larger from the vantage point of our own tumultuous times. From 1953 to 1961, no one dominated the world stage as did President Dwight D. Eisenhower. The Age of Eisenhower draws extensively on declassified material from the Eisenhower Library, the CIA and Defense Department, and troves of unpublished documents.