It's Only Rock & Roll, But He Likes It 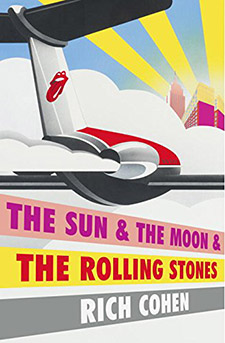 Where to begin with Rich Cohen.

Let's do the new book first. Does the world really need another one about the Rolling Stones? After five highly scrutinized decades of music, drugs, busts, death, jealousy, women, and exile, there's not much new to say that hasn't been broadcast through countless books, movies, articles, and court records. But The Sun & The Moon & The Rolling Stones--based on his coverage of the band for Rolling Stone magazine in the 1990s, as well as his own lifelong obsession with their music--asserts itself as an essential addition to the canon, earning a place on the same shelf as Keith Richards' Life and the Maysles brothers' harrowing Altamont doc, Gimme Shelter. The success is in the storytelling. Yes, it's filled with details and stories familiar to any fan, but also driven by prose fit for his gonzo heritage: he's wild within reason and funny in the Thompson style with a solid hit-rate for flash passages, to which my dog-eared galley attests. Cohen, who pulled off a similar feat with Monsters, his book about the 1985 Chicago Bears, understands that writing--and reading--works when it's personal, a little bit transgressive, and a hell of a lot of fun. Just like the Stones.

The other thing is the hit series Vinyl, HBO's show about 1970s New York and the decadent Pax Romana of the music industry, with not only its sex, drugs, and rock & roll (and there's lots of rock & roll), but also the sexism, drug abuse, and payola: the dark economy of illicit cash (and other favors) that broke the hits and made the hit-makers. Though it was originally the brainchild of Martin Scorsese and Mick Jagger (whose son stars as a sneering, Richard Hell-like frontman for The Nasty Bits, a fictional punk band), Cohen was brought on board as a writer, based on his time spent with the Stones. As it turns out, Jagger--and soon Scorsese--was a fan of his writing.

Here Cohen talks about his involvement with Vinyl, his history with the Rolling Stones, and the story behind the title of his latest book, a top ten selection for Amazon's Best Books of May 2016. 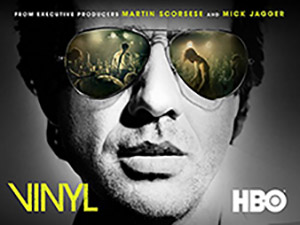 Rich Cohen on Origins of Vinyl

In those days, we did not call the show "Vinyl." We called it "Hit Men," as it would be set in that shady place where the record business overlapped the underworld. In the 1950s and 1960s, when some ambitious kid, a would be record man, wanted to put a black artist on reel-to-reel, where could he go for financing? Chase Bank? JP Morgan? They’d laugh him out of the office, so he went where the downtown boys have always gone to money-up a hair-brained, get-rich-quick scheme. The corner, or club-room under the elevated tracks, where he talked Vig with torpedoes and sharks. In this way, if the enterprise failed, the mob found itself in possession of a stack of tapes and contracts. I'm thinking of a certain label, which, resulting from a series of bad decisions, ended up in the possession of one of the New York Crime families, a Little Italy capo who took it along with everything else. Joe Smith, who ran Warner Brothers Records, told me about seeking out the owner of that company, then acquiring an artist off its roster. “I flew to New York with a briefcase full of cash,” he said. “We made the exchange in a warehouse near the river. ‘You got the dough?’ ‘Yeah, you got the contract?' I was sure they were gonna knock me on the head and take the contract back.”

These were our people—this was our world. We used to toss a single line of dialogue back and forth, a bullet-headed mobster delivering a pep talk to a conference table full of Brill Building execs: “You gotta make hits, or we gotta make hits.”

After a time, because there was a book named Hit Men, a good book, we began calling our movie "The Long Play," which, when it took the world by storm, we hoped would be knowingly referred to as "LP." Mick Jagger, who cooked up the project with Martin Scorsese, said it was a good title as “that’s how we actually referred to the records we made at the beginning. They were Long Plays, and a band lucky enough to make them were Long Players.” Later, when Terence Winter and George Mastras converted the script, which was a three-hour, blood-soaked drug-fueled opera, into an HBO pilot, they changed the name to "Vinyl," which is really just a jaunty way to say "LP."

By the time I was brought into the project, in the mid-1990s, Jagger and Scorsese had been discussing it in a vague way, possibly for months, possibly for years. At that time, they had only a broad notion: it would be a movie about making music, Goodfellas or Casino set in the record business. Scorsese’s use of pop music in film had been revolutionary, and some of his great scenes had been set to Rolling Stones songs. He would now go into that background, turn the camera on the story behind his own soundtrack. I was to research the business, interview the pioneers and key actors, fashion characters and write a screenplay. Getting this job was crazy good luck, a confluence of timing and coincidence. I'd written stories about the Stones for Rolling Stone magazine not long before, and spent lots of time with the band in Toronto and touring America. I knew Jagger. He liked my writing and trusted me. I’d just completed my first book, Tough Jews, which Scorsese read in way of a writing sample. He loved it, which is not a surprise, as it was written in the voice of Goodfellas, which had me in a trance for years after I first saw it at Union Square. Also, by happenstance, I had just reported and written a story about the music business, which my editors killed, because … “You gotta make hits, or we gotta make hits …” When Jagger and Scorsese read that piece, and the fact that it was shit-canned gave it a kind of outlaw mystique, I was in.

It’s funny. I had been a Rolling Stones fan since I was given the freedom to choose Jagger and Richards over Streisand and Sinatra. That is, around age ten or eleven, when, after hearing yet another version of "Come Fly With Me" or "The Way We Were," I said, “Fuck this.” After that, it was only Sticky Fingers and Let It Bleed and "Drop Your Reds/ drop Your Greens and Blues." When I got the chance to tour with the Stones, it was like, well, that’s it, game over, done. And now, here I was, working with Jagger, not as a fan or as a reporter, but as a screenwriting partner. And what was I doing? Researching his past, his antecedents. He wrote a list of executives and sound men and scouts and producers that I should talk to, people who knew the stories. Then made calls, set up interviews. Thus began a reporting journey, two years or more of traveling and sitting and asking and listening, gathering material but mostly just absorbing the lives of these women and men. Ahmet Ertegun. Jerry Wexler. Bob Krasnow. Michelle Anthony. Seymour Stein. Sylvia Rhone. Hy Weiss. Julie Rifkind. Dozens of execs in half a dozen towns, each telling the story of their rise, fall and return, theories and notions, angles, takes on the business. Though I heard hundreds of stories, over time they began to converge, become a single narrative, which, I realized, was the story of rock n roll and also the story of a generation and a mood, the madness that took hold of millions in the wake of the Second World War. It was a black-and-white world turning into color. It was the decline and fall of the West. It was the last pages of Gibbon. It was an entire culture falling off the beam. And though I was not researching the Stones, I was, by getting their backstory, the deep history of their industry, coming to understand them in a new way. As it takes a village to raise a child, it took this entire industry to create the Stones, the Beatles, the Who, the Clash, Belle & Sebastian, Eminem, Kendrick Lamar. It took the faith of the record men, the belief that greatness was possible, that the world could be changed by a song or a groove. The end of all this was to return me to the place I'd started—a room on the Upper East Side of Manhattan, where Scorsese and Jagger traded stories about the old days—and know it for the first time.

There was the script, which I wrote and rewrote and eventually became Vinyl. Then there was the story behind the stories, wheels within wheels, the music and the life you lived around it, the way your identity can be wrapped up with a musician or band, which was bigger than any show. It was my life and my world, and I have attempted to put it all into a book, the scale of which, as well as its fairy tale quality, is captured (I hope) by the title, which comes from something Keith Richards said when he figured out my age: “You tell me. I don't know. What's it like to live in a world where the Stones were always there? For you, there’s always been the sun and the moon and the Rolling Stones.” 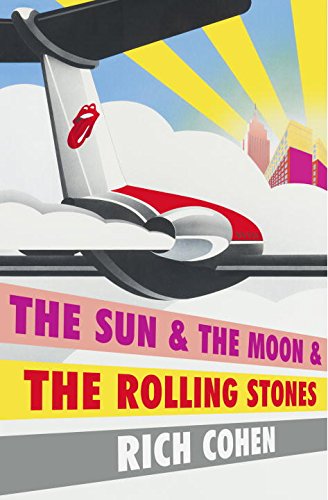