Books to Film: Director Gus Van Sant for "Don't Worry, He Won't Get Far on Foot" 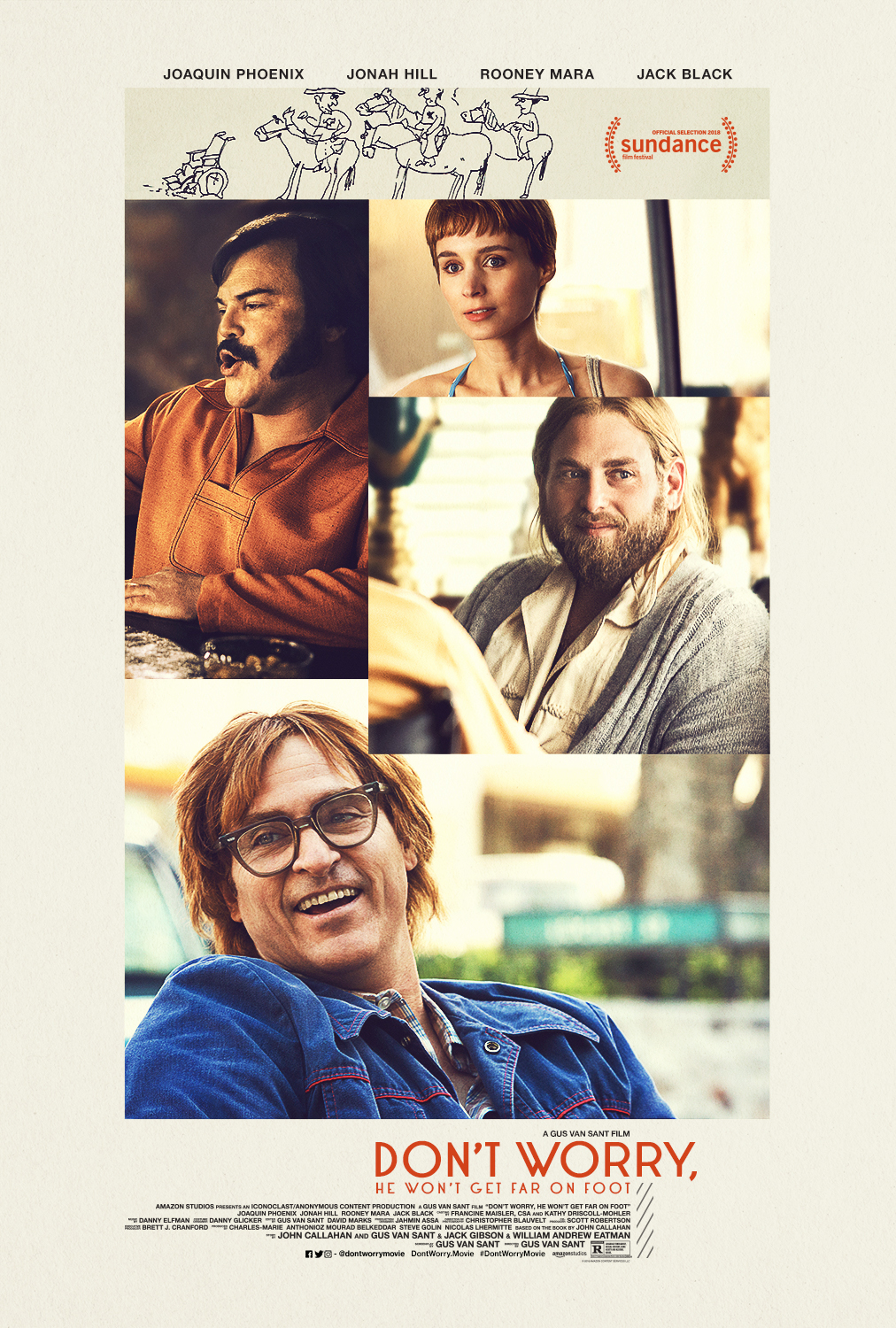 Gus Van Sant knows outsiders. His resume is filled with films featuring difficult characters, including Drugstore Cowboy, My Own Private Idaho, Good Will Hunting, and Elephant—a fictionalized tale based in part on the Columbine High School massacre. Starring Joaquin Phoenix, Jonah Hill, Rooney Mara, and Jack Black, Don't Worry, He Won't Get Far on Foot is the story of another outsider: the late, boundary-pushing cartoonist John Callahan. Based on Callahan's autobiography, Van Sant tells a hard tale of alcoholism, a paralyzing car accident, and redemption through art (even if that art was a little warped—in a good way). Van Sant took a few minutes out of a busy press schedule to talk about Callahan and casting Phoenix in the title role.

An Amazon Studios film, Don't Worry, He Won't Get Far on Foot is in theaters now. Click here for tickets and more information.

Did you ever know John Callahan personally?

I was young, I thought [Callahan's cartoons] were inventive, funny. I probably didn't know that he was disabled—I kind of learned that through the press and so forth. I think [Callahan's cartoons] were for me—I was pretty into the New Yorker cartoons.... I had met him my the late '80s—because he was by then a celebrity—at functions or art shows. It was like a little party. I'd run into him, but I didn't really hang out with him until we were writing an adaptation of his book for Robin Williams in 1997.

Callahan became a quadriplegic after a drunk driving incident, but what else about Callahan did you want to show people?

It's partly about that, it's partly his alcoholism, and it's partly about his own search to find things in his life that he could consider problems. He was adopted, so he didn't know who his real mom was; he's always wondering, or looking for his mom. We concentrated on his time with Donny as his AA sponsor and Donnie's group, which was sort of a therapeutic group of people and him working through the 12 steps to sobriety.

John Callahan seems like a difficult role. When did the Joaquin Phoenix enter the project?

He entered [the project] about three years ago, when I was first working on the newest draft of the script, which was after Robin Williams died. One of the first things I did was I asked whether he wanted to do it. I think that Callahan had a kind of very particular physicality, so I think it was something that probably was attractive to Joaquin.

Similarly, Jonah Hill has been getting rave reviews for his portrayal of Donnie, but he's more well known for his comedic stuff.

I had seen Jonah play a few serious parts, and I think the one in Moneyball was the most specifically serious. Based on that, we were interested in asking him to play Donny.