E L James Battles Expectations and Exploitation with “The Mister” 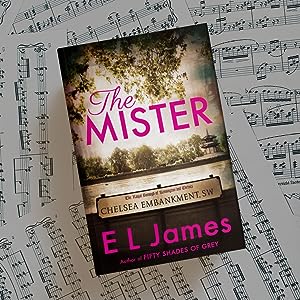 To say that E L James’s Fifty Shades series was a phenomenon risks under-representing the transforming power it had on readers, writers, and the book industry.

Initially published in 2011 by a small press in Australia, James’s Fifty Shades of Grey won a faithful following among readers consumed by the ups and downs of Anastasia and Christian Grey’s relationship. From elevators to the kitchen to the Red Room of Pain, Anastasia and Christian attempted to sort out their complicated love affair through smooching and some selective spanking.

And readers loved it. 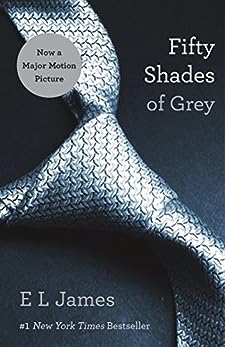 Now, eight years after Fifty Shades shook up readers, publishers, and stale marriages, E L James launches a new romantic novel called The Mister. Maxim Trevelyan is a newly made earl struggling with the emotional and financial burdens cast on him by the death of his older brother. Alessia is the replacement to his long-time house cleaner who tidies his flat. But in The Mister not only do opposites attract; they often can see the value that other people ignore.

Below, E L James answers our burning questions about The Mister:

Adrian Liang, Amazon Book Review: How does it feel to launch a new book—and a new couple—into the world after so many years of focusing on Anastasia and Christian’s story?

E L James: To be honest, it’s terrifying. After the crazy success of Fifty it’s daunting to publish a completely new novel. But I’m also so excited to share Alessia and Maxim’s story. They have been with me for a long time, and I am glad they are finally getting their moment. I’m so grateful that readers fell in love with, and rooted for, Anastasia and Christian. I hope they will do the same for Maxim and Alessia.

I found it delightful that Maxim, who is a newly made earl, has women falling all over him, but Alessia doesn’t do that. All she initially wants is for him to leave her alone and leave his flat, so that she can secretly play the piano. What do you think readers will find most appealing about Alessia?

When we meet Alessia she’s newly arrived in the UK from a different country and a very different culture. She is full of dreams and ambitions and wants to make a new life for herself through hard work. London is a foreign land but she’s making her way on her own terms and adapting well. Alessia is self-contained, resilient, bright and courageous, but she’s also exceptionally gifted. I really hope readers will be sympathetic to her story and her plight.

This story has been with me for a long time. I first wrote it in alternating first-person points of view, but that didn’t feel right. I had another go and began rewriting it in the third person, but then I felt too distant from the characters. I think part of the success of Fifty was because it was written in the first person and the present tense, so the reader experienced everything that Anastasia did as it happened to her. I had one more go, and this time put Maxim in the first person and Alessia (whom I wanted to keep a little more mysterious) in the third. Once I found that balance I was able to finish the book.

At one point, Alessia is looking at a reflection of her and Maxim together, and she thinks, “In every way, they are not equals, and that’s never been more apparent than at this moment.” What do you enjoy about creating socially unequal couples? 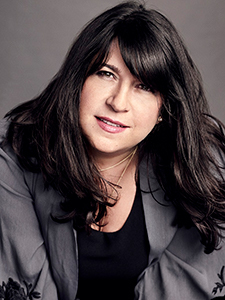 I think socially unequal couples make for a more dramatic story and also feeds into the fantasy. Who doesn’t want to be swept off their feet by a wealthy good-looking hero or heroine…?

My husband, Niall Leonard, who has been a writer for a long, long time, once said to me that drama is created when your protagonist has a goal and something/someone gets in the way of them achieving that goal. In The Mister Maxim and Alessia have to overcome social conventions as well as some difficult and sometimes shocking external circumstances to be together. The story of them finding their way to each other is what I found fascinating.

And while these characters may not be social or financial equals, they are equal in every other way, and I hope I make this point within the book. I think it was Richard Curtis in Notting Hill who put it best—at the end of this story Maxim is just a boy standing in front of a girl asking her to love him…

When Alessia leaves her home country, she unwittingly is put in the “care” of human traffickers. How much research did you do about human trafficking in the UK?

I spent a lot of time reading news reports and in-depth studies about the trafficking of young women from Eastern Europe. It’s a truly harrowing subject, and a shocking, horrific indictment on humanity that this malevolence exists. These people are simply evil; not just the traffickers but also the people who “avail themselves” of these women… or men. It’s horrendous. A good place to start is the book Slave by Anna, a true story that has also been made into a TV film. More of us need to be aware of people who are enslaved and exploited, not just in the sex industry, but in other businesses as well. Another excellent source of information is Unseen (www.unseenuk.org), a UK-based charity who do tireless work in this field.

You worked in television for a long time before you wrote Fifty Shades of Grey, and you also produced the movies based on your books. These days, a huge number of TV shows and films are relying on books to supply their storylines. Why do you think producers are looking to books as the source of screen-style storytelling?

There are some great books out there with fabulous stories brilliantly told that would make wonderful movies or TV series. Producers know that any adaptation of a novel with a large readership will have a built-in audience. It’s astronomically expensive to make and market a movie, so it’s no wonder that producers gravitate towards successful books.

JK Rowling decided to publish her non-Harry Potter books under the pseudonym Robert Galbraith. She said to the Sunday Times of London, “It has been wonderful to publish without hype or expectation and pure pleasure to get feedback under a different name.” Given how famous your name is worldwide, have you ever considered taking this route for writing books that are not romantic fiction?

I am a sucker for a love story, so I’m not sure I’d ever write anything other than romantic fiction—but never say never. If I do, maybe I’ll try a new name. We shall see.… 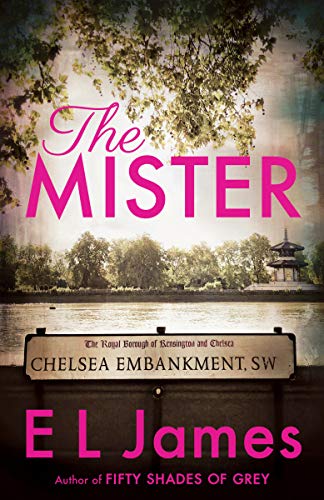