We just moved buildings and looking at the shelves, boxes, and piles of books, has me wanting to hurry through the day so I can kick back and just read.  The books heading home with the Amazon Editors this weekend include the latest from Elizabeth Gilbert (author of Eat, Pray, Love), a favorite children's book to ease separation anxiety, and a book that delves into the origins and influences of George Orwell's groundbreaking novel, 1984. Showgirls, raccoons, family secrets, and mutant killer cats.  It's shaping up to be a good weekend.

I’m loving City of Girls by Elizabeth Gilbert (June). It begins in 1940, when the frivolous and fun-loving Vivian Morris has just been expelled from Vassar, but she doesn’t much mind. Her parents, on the other hand, are appalled (and favor their more ambitious son anyway), so they send Vivian to live with her aunt Peg who runs a crumbling theater in New York City—home to a quirky, cobbled-together family of thespians and showgirls. Here, Vivian sets out to achieve the goal of becoming someone interesting (and in short order commits a colossal youthful indiscretion that makes her interesting for all the wrong reasons). I’m starting to pump the brakes on my reading pace, because I am truly going to miss these fascinating, fully-formed characters when the last page is turned. A lot of readers are looking forward to this one and City of Girls does not disappoint—it’s bawdy, big-hearted, and wise. —Erin Kodicek

My oldest son has been going through a rough time with separation anxiety recently, so I’ve spent a lot of time searching for the perfect book that will solve this problem. (This is parenthood, book lover edition.) A friend recently gave me the beautiful 25th Anniversary Family Edition of The Kissing Hand, one of the books that’s come up again and again in my research. I hope that spending some time with this book will help him get over his fears. —Sarah Gelman

It's been a while since I've read a Harlan Coben mystery but over the next few days I'm going to remedy that with his latest, Run Away. Run Away is getting raves from both reviewers and readers and it sounds right up my alley—a little gritty with plenty of twists. A family torn apart by addiction, a parent who will go to any length to save their child, and a shadowy underbelly? Um, yes. Coben is a skilled writer and I'm all in before I've even cracked the cover on this one. —Seira Wilson 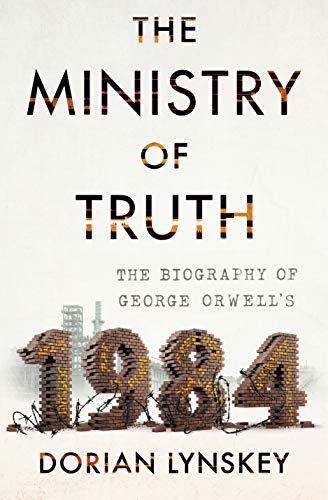 Even if you’ve never read Nineteen Eighty-Four, you know Nineteen Eighty-Four. Big Brother, the Thought Police, 2+2=5, are just three conceits from George Orwell’s masterpiece that have been stamped into our language and arts since it was published in 1949. And though it’s never receded from our cultural consciousness, some would say it’s more relevant than ever. Dorian Lynskey’s The Ministry of Truth explores the origins and influence of 1984 (doublethink alert: both title iterations are acceptable, apparently), from Orwell’s personal experiences in wartime Britain, to the bleak near-future of Margaret Atwood’s The Handmaid's Tale, to David Bowie’s Diamond Dogs—which was intended as a musical adaptation for the stage, before Orwell’s estate deemed it doubleplusungood. Also, it was my favorite book growing up, so I can say it unironically: I love Big Brother! — Jon Foro 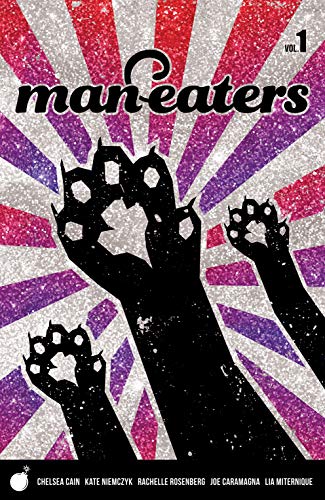 I've had a copy of Man-Eaters at home for several weeks now, and its glitzy, unicorn-colored cover catches my eye every time I reach for another book on the shelf nearby. But sometimes you need an extra push to crack open a new book, and I got that this week when I read my colleague Alison Walker's post about three of her favorite new graphic novels. Says Walker, "This comic is one of the most incisive (and hilarious) satires I’ve ever read. Man-Eaters is set in a world where a mutation has caused toxoplasmosis, a common parasite found in cat feces, to mutate and cause a small subset of girls to turn into killer wild cats when they get their first period. In this world, periods must be stopped at all costs so the deadly rampages end." And... I'm in. I'll be reading Man-Eaters this weekend while cuddled up with a few oh-so-domesticated cats. — Adrian Liang