The Books That Made Them Writers 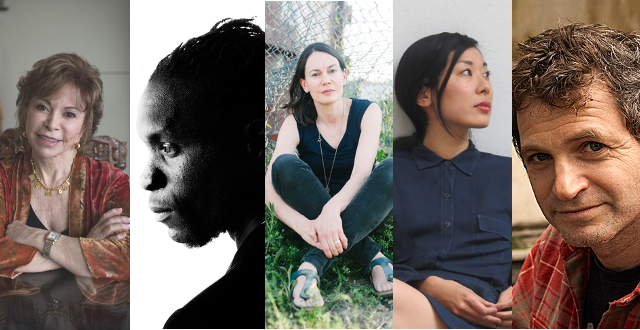 As World Book Day approaches, we’re thinking about the significance of giving books as gifts. Book gifts hold such power: they can delight, enlighten, and expand our knowledge and compassion; they can take us to distant lands and other eras. When we share a book we love, we are offering the gift of ourselves. For writers, the gift of a book can even reveal a vocation. The Amazon Book Review spoke to five of the best about how gift books helped them find their voices. 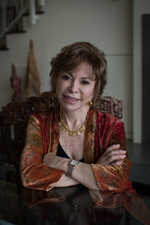 Some book gifts require growing into. Chilean-American writer Isabel Allende said in an email that for her 10th birthday she was given a classic collection that was, strictly speaking, far too old for her: The Complete Works of William Shakespeare, in a beautiful leather-bound Spanish edition. “It was a gift from the man who would later become my stepfather,” she wrote. “I was too young to appreciate the depth and beauty of the writing, but I loved the gruesome tragedies and the contrived comedies. They were the soap operas of my childhood. The plays were so complicated and had so many characters that, in order to follow the plot, I would draw the characters, cut them out, and have them perform the play.” Allende published her first, critically acclaimed novel, The House of the Spirits, in 1982 and has since won many awards, including the PEN Center’s 2016 Lifetime Achievement award and the Chilean National Prize for Literature. Her stepfather’s gift helped open the doors to her future as a writer. “Shakespeare's writing introduced me to the vice of storytelling. I have kept the book on my night table for sixty-four years; it is still there.” The experience of giving Allende the Shakespeare collection was, in its way, also a gift to the giver. “My stepfather is 101 years old and his memory is almost gone, but he remembers the book and my childish delight.” 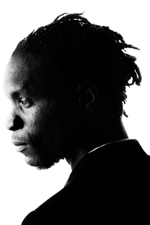 Ishion Hutchinson, whose collection House of Lords and Commons just won the 2016 National Book Critics Circle Award for poetry, received two significant gift books when he was a student in Jamaica. In high school, a teacher who noticed Hutchinson was always “writing things down” gave him Toni Morrison’s Jazz. “I read the first sentence and it gripped me so much that I took it right outside his office and read it for the rest of the day,” Hutchinson recalled. “That book meant a great deal to me…. lt marked me. I remember the epigraph ‘I am the name of the sound/ And the sound of the name,’ which was so enigmatic and yet still seemed to have summed up my relationship to wanting to explore this idea of sound and naming.” For Hutchinson, that book “opened the flood door,” and he remains “a Morrison fanatic.” “The other day a friend of mine shared a quote from a Toni Morrison novel which reminded me of her amazing use of color metaphors. It had to do with a passage where she is describing black. It reminded me of the splendor of her language. And made me want to go back and read her intensely again.”

It was the gift of a book of poetry that influenced Hutchinson as an undergraduate at the University of the West Indies. When a friend gave him his copy of Seamus Heaney’s Death of a Naturalist, “It was a revelation of astonishing scale. The physicality of the language, the earthiness. When you read it, you hold it as if you are holding a clump of soil, and you smell it. The texture of the language, it’s muscular, it’s very grounded. It also feels as if its growing in your hand as you read it.” Later, after Hutchinson become a professor at Cornell, he introduced Heaney at a reading. The encounter felt fated. “It was shocking, and it felt like having a meeting with the source of poetry itself. There’s no pretention in Heaney and the voice when he spoke was precisely the voice I heard reading the pages. So there was no doubt about the way in which man and work are essentially one in him. Hearing the music of his voice—the melody of it, the tone of it—was certainly like a fulfillment of prophesy, meeting him.” 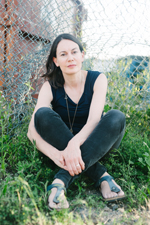 Gift books sometimes have unintended effects, as the novelist Katharine Noel recalled. “When I was 13,” she said, “my boyfriend gave me the Raymond Carver short story collection What We Talk about When We Talk About Love for Valentine’s Day. I expected it to be love stories, which I think is what my boyfriend also assumed, only because of the title.” But the title was misleading: “It’s very, very dark,” Noel said. She remembers being “somewhat horrified” by them. “I had read adult writers before but never so modern, minimalist, quite so recognizably contemporary. Carver was in a different class.” Noel is now the prize-winning author of Halfway House and Meantime.

“I think my writing is nothing like Carver’s,” Noel says, “but one of the things that was revelatory to me was the idea that one didn’t just tell stories in the words that were nearest to hand. One chose those words. The words one chose were as important as the plot. It seems obvious now that language would be essential in that way, but when I was a young teenager it was shocking and thrilling.” These were stories, she said, “that impacted me greatly even though they did so in a way that was entirely different from the way I anticipated they would or that the giver anticipated they would.” 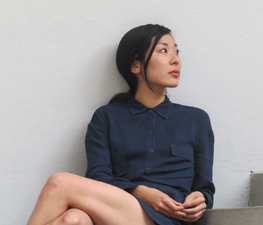 Katie Kitamura, author of the much-acclaimed novel A Separation, published in February, and two-time finalist for the new York Public Library’s Young Lions Award, has the good luck—or good taste—to have married a writer whose ability to give her transformative books is “almost magical.” “He is quite intuitive. He will give me books he hasn’t read and I will love them.” One such book was The Weight of the World by the Austrian writer Peter Handke. It was a gift that came to influence her writing profoundly. “It’s a journal—a writer’s notebook—and it completely changed the way I thought about writing. It’s a book that has to do with the quality of attentiveness. Just that kind of attention was really inspiring. It made me think about perception. Some entries are very specific little dramas that he sees on the street in Paris. Some of it is much more internalized; how he feels. They are very precise, very short, you see what he’s able to do with very few words. When you write,” Kitamura said, “there’s a tendency to write a lot and then pare it back. The economy of his writing is incredible.”

Something similar happened when her husband, Hari Kunzru, went on book tour and read at Elliott Bay Book Company, a bookstore in Seattle. “Rick Simonson there gave him Javier Marias’ Tomorrow in the Battle Think On Me. And my husband then gave it to me.” Again, his gift was on the mark. “It really has influenced my writing a lot. I wrote two books that used language that was very spare and involved a lot of editing, The Longshot and Gone to the Forest, and those both had very short sentences and the language was really stripped back. I was not saying things and editing almost as a defensive mechanism. I wanted to be a bit more open and exposed. That book helped me see a way toward that. Marias has these very open, digressive sentences. Because it’s in translation, the rhythm is very different. I went to Elliott Bay myself, and I tried to explain to Rick Simonson how he had influenced the book I’d written, and Rick thought I was crazy. He couldn’t even remember giving the book to my husband.” 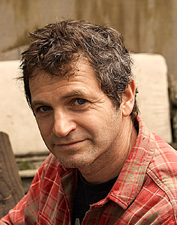 Novelist and short-story writer Peter Orner’s most recent book is Am I Alone Here?: Notes on Living to Read and Reading to Live, a finalist for the 2016 National Book Critics’ Circle Award for criticism. Orner took an interesting approach to the question of gift books in an email he sent from Africa. “My shelves are full of books that were given as gifts to other people. In fact, just the other day in a bookstore in Windhoek, Namibia, where I live now, I came across a story collection by Bernard Mac Laverty, A Time to Dance. On the inside cover [was] this: Dear Karen, A book from a somebody that lives near where you are from. Enjoy. Love Liz. I bought it. I appreciate the awkwardness of: a book from a somebody...But again, what happened with Karen? What happened with Liz? Because Mac Laverty is an Irish story writer I admire, his book reminds me of a collection of stories by another Irish writer, John McGahern. His Collected Stories was given to me years as ago by someone I no longer see. Every time I see the book, I think of her. I guess if you hold on to the book, some connection stays. If you toss it, someone else puts your story on the shelf.”

One way or another, gift books—and all their potential for interest, influence, and pleasure—will eventually find the right reader. And who knows who that reader will become? Perhaps, thanks to the gift of a book, a great writer—whose books may, in turn, someday become gifts.