These new graphic novels and comics, which chronicle everything from motherhood to mixtapes, are perfect for long summer evenings spent reading.

In addition to these new graphic memoirs, I highly recommend the March trilogy—a powerful and award-winning series by the late Congressman John Lewis that chronicles the Civil Rights movement through his eyes. 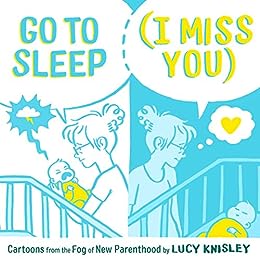 Go to Sleep (I Miss You): Cartoons from the Fog of New Parenthood by Lucy Knisley

Lucy Knisley is nominated for a 2020 Eisner Award for her fantastic memoir Kid Gloves: Nine Months of Careful Chaos, which chronicles her experience becoming a mother. In her follow-up, Go to Sleep (I Miss You), Knisley records the first months of new motherhood. In cartoons that are both hilarious and poignant, she recounts sleepless nights, newborn feeding schedules, and the fabled new-baby smell, creating an honest memoir of her first months negotiating the push-and-pull of motherhood. The cartoons are deceptively simple and minimalist, and have just the right amount of nostalgia for anyone who has cared for an infant. 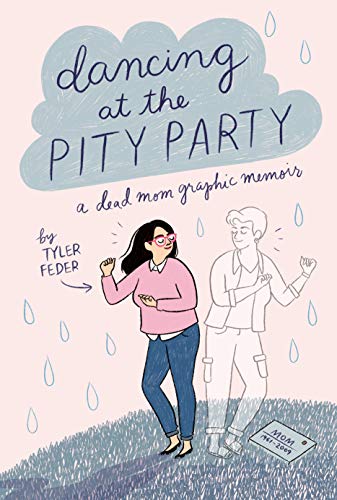 Dancing at the Pity Party: A Dead Mom Graphic Memoir by Tyler Feder

In this meditative and haunting graphic memoir, Tyler Feder mourns her mother, who passed away during Feder’s sophomore year in college. Feder is able to capture moments that are both tender and funny, as she describes her mother’s life and the ways people react to her mother’s death. The art evokes the same sort of mood with muted pinks paired with quietly funny images of lists, remedies, and a brief segue into grief yoga. Feder wrestles with utter sadness in this book, but Dancing at the Pity Party is also a comic about love and how the people we love stay with us.

The Loneliness of the Long-Distance Cartoonist by Adrian Tomine

In Adrian Tomine’s latest work, it seems he is always chasing success—but no matter how close he comes to finding fame, the feeling of becoming a celebrated comic is just around the corner. This sentiment follows Tomine throughout his story, which begins with him as a young comic-nerd in grade school and follows his path as he becomes a cartoonist. Dwelling on feelings of inferiority for an entire book may strike some readers as an annoying fallacy since Tomine’s work has gained such wide appreciation, but his awkward honesty will have the familiar ring of truth to many, especially as catharsis finally comes at the narrative’s end. 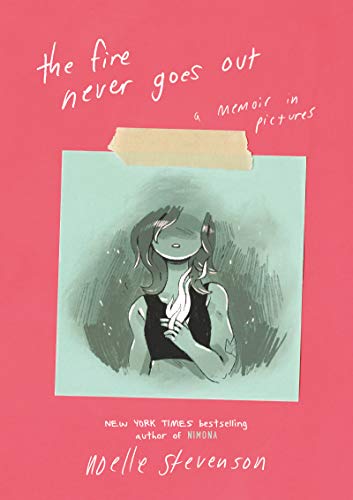 The Fire Never Goes Out: A Memoir in Pictures by Noelle Stevenson

From the Nimona comic to the animated series She-Ra, Noelle Stevenson has a knack for capturing fans’ hearts. Her newest endeavor, an autobiographical graphic novel titled The Fire Never Goes Out, is no exception. These comic strips—many of which were originally posted to Stevenson’s Tumblr—are as emotionally raw and brutal as they are honest. They are full of experimentation in form, from simple cartoons to a graphic mixtape, as Stevenson tries on different styles to suit her mood. Above all, the comics are a testament to a hungry, adventurous spirit who is brave enough to be honest with herself and her legions of fans.

These new graphic novels and comics, which chronicle everything from motherhood to mixtapes, are perfect for long summer evenings spent reading.