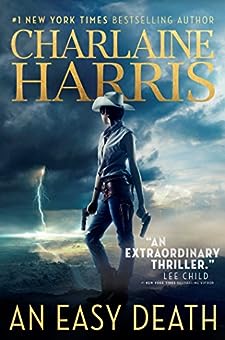 Sookie Stackhouse and Midnight, Texas fans: Charlaine Harris's new series will toss you into an unfamiliar world even as it hews to Harris's tradition of strong female leads that readers have come to rely on. Lizbeth Rose is a gun for hire in the once-United States, trying to scrape out a living in an honorable way while avoiding too many entanglements. But when two Russian wizards want to hire her to find a dead man, Lizbeth realizes this job might pull her in deeper than any one has before. And it's pretty likely to kill her, too.

I caught up with Charlaine Harris by phone during the weekend of New York Comic Con to ask her about her brand-new series and her unforgettable new hero, Lizbeth Rose.

Adrian Liang: An Easy Death is different from your other series in that it's set in an alternate version of the United States that has broken up into several different pieces. What appealed to you about writing basically an alternate-history Western with magic?

Charlaine Harris: It didn't start out like that. At first there wasn't going to be magic. I thought, No, no, no, this time I'm not going to have magic. And then it just it just happened. I thought, No, there has to be magic in this world. And that evolved into the Holy Russian Empire, and that evolved into the descendants of Rasputin having a big role to play… and everything just rolled when I decided to include magic.

Can you tell me more about the Russian wizards and how their powers work?

Well, I haven't really delved into that because the story is really about Lizbeth, but when she meets the wizards, they have magic from their founder, Grigori Rasputin, who in the book has died. [In real life] Rasputin was the holy man who was able to help the young tsar Alexei to get through his hemophilia. I thought, Well, instead of [Rasputin] being psychologically able to influence the little boy to struggle against this terrible disease, maybe he was magic. And maybe that would manifest in his descendants, and they would be needed now that Alexei has become the tsar, in order to keep Alexei alive.

Lizbeth Rose is called Gunnie Rose because she's a skilled markswoman and she's a shooter for hire. She has an amazing core of strength that she has to draw on again and again throughout the book. When you were writing Lizbeth, what did you see as her defining characteristic?

I almost want to say stubbornness. Lizbeth will not give up. She simply won't. She'll keep on struggling as long as she has life to fulfill what she sees as her mission or obligation. And she is loyal to the people who hire her, and she is also proud of her skills. She has tenderness inside her, but at work, she's all professional. I really like that about her.

Your Sookie Stackhouse series and your Aurora Teagarden series are both long series—at least ten books each. What are your hopes for Lizbeth's series? And how far out do you plot your books? 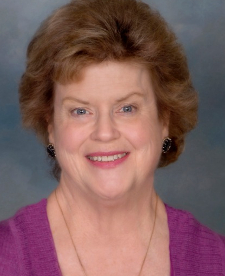 You're assuming I do plot! Well, I have finished [writing] the second Lizbeth book. And for the third one, I actually know what's going to happen in it, more or less…which is more than I usually do. I'm contracted to write three [books]. After that, we'll see if Simon & Schuster wants me to continue it. I'm really hoping they do. And I'm looking forward to seeing what will happen to Lizbeth next, but right now I have no idea.

So you've been writing and publishing books for more than 25 years, if I have my math right—

Looking back, is there any advice you'd give your younger writing self, if you could, based on your accumulated wisdom?

I took a five-year hiatus when I was having babies, and I should not have done that because it almost cost me my career. It was really hard to get back in, once [publishers] feel like you might be unreliable. That was difficult. But I don't have any regrets. I did what I thought I had to do at the moment, and because I was persistent and because I had a lot of lucky breaks and people believed in me, I was able to get back into writing and keep my career resuscitated, though at times it seemed in peril. You have to be incredibly persistent and really be convinced that you have something to say, because there will be plenty of people who will disrespect you. You have to respect yourself. And you have to finish. Finish what you start.

How have you seen the writing community change during your career?

The writing community has definitely changed. I think women now get reviewed more, and they get more respect. When I started out, most hard-boiled [mystery] writers were men, and they very much dismissed people who wrote conventional mysteries, which are kind of pejoratively called cozies. [Cozies] were very disrespected, as if it took no skill whatsoever to write a traditional mystery whereas a hard-boiled mystery took much more skill. That burned me up. I was writing conventional mysteries, and I thought, I worked so hard on these, and these are good books. Being treated like a little kitten or a cute puppy… that just burned me up.

What are you reading and enjoying right now?

I write about what I'm reading and put it on my website under Books & Blog, so you can usually just find out what I've been reading very easily. I don't publish it regularly, unfortunately, but for this last one I read so much that I mentioned ten books because I just had such a backlog. I don't ever talk about the books I don't like. Writers should support each other and not pull each other down.