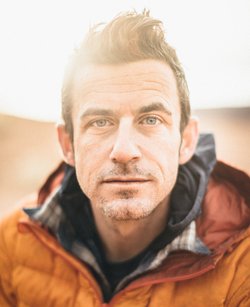 Is it more foolish to risk your life or risk wasting your life?

Before he was climbing the peaks of the American West and writing for CNN, Outside, and Men's Journal (among others), Brendan Leonard found himself at a crux. He had forsaken drinking--an obsessive occupation that had resulted in car crashes, a little bit of jail-time, some fist-on-face violence, and more of the usual--for a new start as a journalism student in Colorado. On paper, it marked a definite improvement, but he still lacked purpose and inspiration, neither of which came with his his vestigial coffee and cigarette habits.

On a whim, he accompanied a cousin on a backpacking trip and found himself atop a modest peak, the first mountain of any size he had ever scaled. If you've done that, you know it can be a revelatory experience. It was for Leonard: Could I come back here? What does it take to be a person who does this stuff every weekend? Can I be in the mountains again, and breathe the air, and feel small?

With his master's degree in hand, he wrangled a sales associate job at REI, his only qualification being a thirst for discounted climbing equipment. There he met like-minded (but more accomplished) climbers and gear-heads who offered instruction and a little bit of community. Leonard was off, armed with just enough knowledge to get him started on an ever-increasingly challenging tour of ropes, rock walls, and summits, the first thing he knew wanted--needed--to do since leaving the bar stool behind.

Slim, unassuming, and completely affecting, Sixty Meters to Anywhere (a selection for the Best Books of the Year So Far in Biographies and Memoirs) recounts Leonard's years of chronic overindulgence and bad decisions, the uncertainty and loneliness of recovery, and his literal climb out of idleness and depression. Leonard answered a few questions for us via email about the book, climbing, and the lure of stepping to "the very edge of catastrophe."

Amazon Book Review: You’re a climber, and Sixty Meters to Anywhere is published by Mountaineers Books. I admit I expected more climbing in it. There’s a bit of drinking, but it’s about more than that, too. How would you describe it?

Brendan Leonard: I think it’s a book about taking control of your own story. We all have certain narratives we tell ourselves, or certain things we believe we are, for better or worse. At one point, I was a loser, an addict, and a fuckup, and I didn’t want to be those things anymore. The book is the story of how I eventually found a different path, and I hope people relate to that, or can find inspiration in that, or maybe find comfort in a story of a very imperfect life that has had some very beautiful and poignant moments.

Rock climbing/adventure and substance abuse addiction are two important themes in my story, but I wanted Sixty Meters to Anywhere to be more broad than that and reach people who aren’t climbers or don’t have experience with addiction. And I think that’s happening. A few days ago, someone commented on Facebook, “Reading your book was the last push I needed to quit my job and go back to school for something much more interesting.” 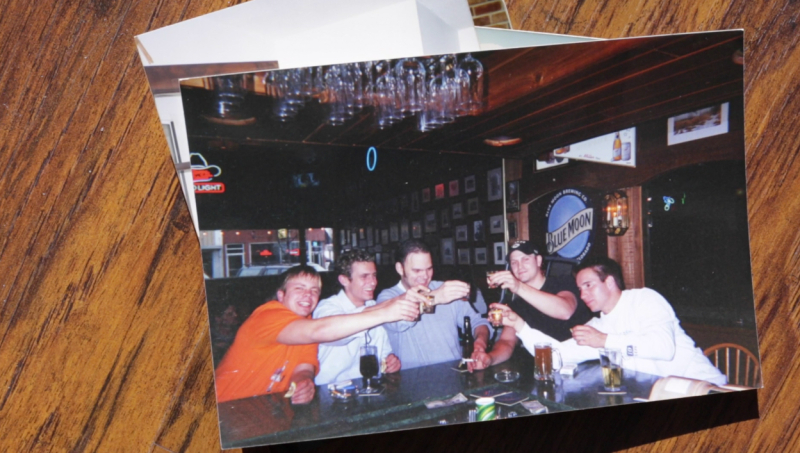 ABR: What’s does the sixty meters of the title refer to?

BL: I didn’t think I was at all interested in rock climbing until my brother gifted me his old climbing rope for Christmas in 2004. That, and some friends who were willing to teach me, convinced me to try climbing, and it became one of those things that redirected my life. The rope was 60 meters long (the standard length for climbing ropes back then), and by the time Sixty Meters to Anywhere was published this spring, I had been moving the rope around to each new apartment I’d relocated to over the years, even though I hadn’t used it for rock climbing since 2007. I got some advance copies of the book, and I got a box, cut the rope in half, coiled one 30-meter section, and put it in a box and shipped it to my brother with his copy of the book, as a sort of thank you for the original gift of the rope. 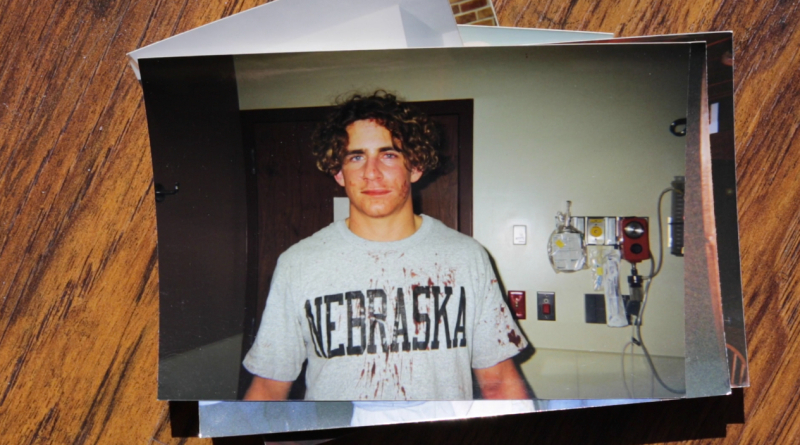 ABR: Addiction memoirs are their own genre these days. What makes Sixty Meters to Anywhere different?

BL: I read about a dozen addiction memoirs while writing the first draft of the Sixty Meters to Anywhere manuscript in 2007-2009, and I noticed a lot of writers focused on the confessional part of addiction, the bad things they had done under the influence of substances, the disaster they’d made of their life, and/or their experience in rehab. I didn’t seem to find a book that told the story of what happened to addicts a year, five years, or ten years after they’d gotten clean and sober. And that was such an incredible experience for me—figuring out what was next after I stopped drinking. It was awkward, sad, lonely, and difficult for quite a while, and then it became this extraordinary life in a beautiful place, almost a second life for me. And I thought that was a good story, that there is something else out there for people past the first few months or years of just trying to to make it through one day without relapsing. And hopefully anyone else who wonders if they could do something different with their life. 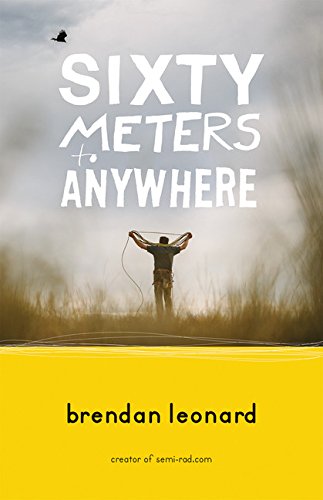 ABR: Why do climbing books resonate so much with non-climbing readers?

BL: I think there’s a built-in tension to every climbing story, because every time you start heading up a climbing route, you could fall (which is why you tie into a rope). You don’t need any experience to understand what that feels like—almost everyone has climbed up a tree, or a staircase, or a ladder, and felt that exposure and reminded themselves what would happen if they fell. So in every climbing or mountaineering story, death (or just serious injury) is in the back of everyone’s mind. And even if the narrator doesn’t have some sort of fall or accident, the possibility of it can provide some very emotionally honest, riveting moments during a climb—the climber can be on the very edge of catastrophe for seconds or minutes at a time. Most of us spend a lot of time in fairly safe environments in our offices, cars, and homes, insulated from those very real feelings, and climbing is mainline to hyper-aware situations. I always say that rock climbing and mountaineering provided the most direct path to adventure for me, in that sense. 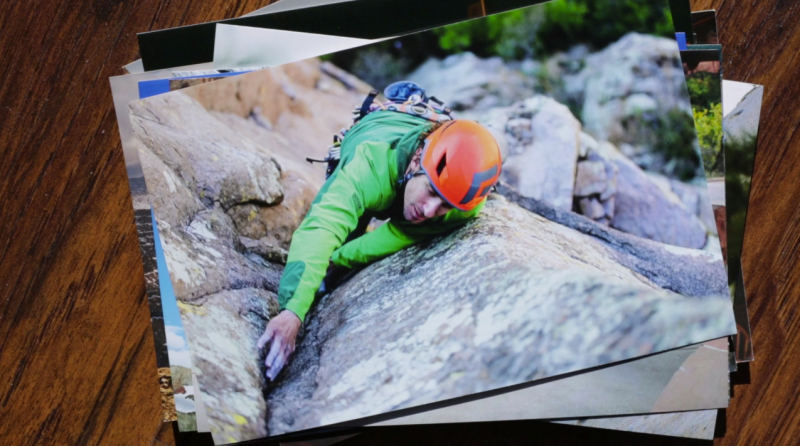 ABR: Your website is Semi-Rad.com, which seems a little self-deprecating. What is the story behind that name?

BL: In 2011, I wanted to start a blog about the outdoors and adventure. At that time, a lot of outdoor media was focused on high-achieving athletes, and how they inspire all of us outside whether we’re climbing, or hiking, or skiing. But most of us who spend time in the outdoors aren’t climbing, hiking, or skiing at a very high level, and I wanted to tap into that, and celebrate the everyman’s/everywoman’s outdoor experience, which is fun, funny, goofy, meaningful, and often inspiring in its own way. So if those high-achieving people climbing Everest, or winning ultramarathons, or skiing steep spines in Alaska are “rad,” what are the rest of us?

I always remembered this book cover I saw in a store when I was a teenager, a football novel I never read (and still haven’t), called Semi-Tough. I just thought it was a great title. So why not “Semi-Rad”? That was a broad enough title for a website, in case I wanted to write about something other than adventure (which I often do). 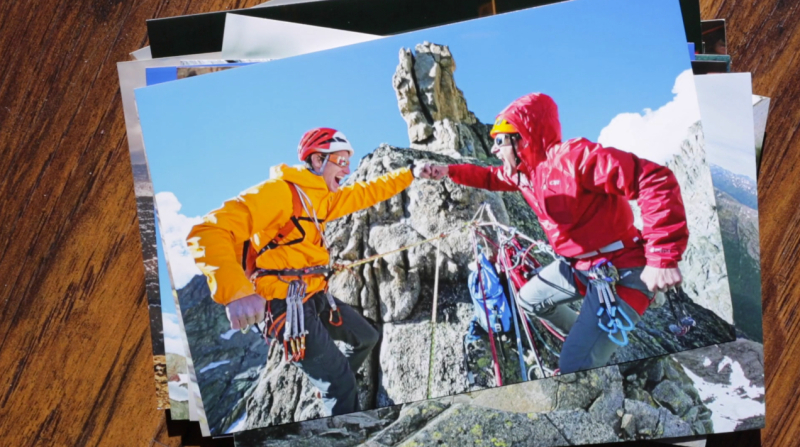 ABR: Is it ever too late to start climbing? Would you recommend it?

BL: My mom started in her late 50s, and she’s having a blast. I think climbing is great because it’s a low-impact activity that requires mental concentration and physical conditioning, but you can ease into it. Sometimes people have the misconception that it’s all arm strength and pull-ups, but that’s actually not true—it’s mostly core strength and learning to use your feet in the most effective way. It’s been described as “vertical chess” and I think that’s totally accurate.

I’d recommend it for anyone—even if you’re scared of heights. We’re all scared of heights, because it’s a totally natural fear and caution that keeps us safe. Learning to keep it together as you climb higher and higher is a wonderfully empowering thing, even if you only go 15 feet up your first time. You learn to manage your fear and push higher, and someday, you might find yourself a few hundred feet above the ground somewhere. Once you learn to manage fear in a very viscerally frightening situation like that, things like public speaking and asking for a raise are less scary.

Climbing gyms are everywhere now, and you can literally walk in with no climbing partner and no equipment and learn to climb safely. That’s what my mom did (without asking me if I thought it was a good idea).

ABR: Who are the writers you admire most? Which books?

BL: I think I owe a lot of the honesty and openness in my writing style to Dave Eggers’ A Heartbreaking Work of Staggering Genius, which I read 15 years ago when I was fantasizing about what it would be like to be a writer someday. British writer Andy Kirkpatrick has written a couple of my favorite climbing books (Psychovertical and Cold Wars), and of course I love Hemingway. But more recently, the two books that have blown me away have been Marlon James’ A Brief History of Seven Killings and There Are Little Kingdoms, a book of short stories by the Irish writer Kevin Barry, which I picked up on a visit to Galway this past January. Both of those books were revelations of completely original storytelling styles, and I’ve bought several copies of each of them for friends.