Encountering the World: An Interview with Peter Cameron 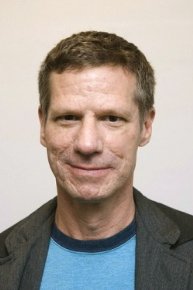 Peter Cameron is the author of two story collections and six novels, most recently Coral Glynn. He sold his first story to the New Yorker in 1983 and has lived in Greenwich Village for 25 years, but a few weeks ago he flew west and stopped by Amazon's Seattle headquarters. I've been a fan of Cameron's writing since a friend gave me a copy of The City of Your Final Destination with the following instructions: "You have to read this, love it, and pass it along."

Mia Lipman: In Coral Glynn—and in some of your other work, I'm thinking particularly of The City of Your Final Destination—the main characters are displaced, taken out of their comfort zones. What interests you about putting people in unfamiliar contexts?

Peter Cameron: I think one of the reasons I do that is that when people are displaced—or out of their comfort zone, as you say—they're more observant; the world that they're in matters more to them because they're negotiating it, they're discovering it. So as a writer, it allows me to also discover the world. It's an opportunity to make the world of the novel more interesting and more vivid because of the way it's being encountered.

Do you shift your approach to a story when you're writing from a female perspective, as you do with Coral?

I don't. I always write fiction, and my fiction is never autobiographical. So in all my books, whether they're first-person narrators or third-person narrators, they're characters—they're people who are other than me. Once you make that leap to create an imagined character, for me it's no different doing a woman than it is an old man or anybody that I'm not. It's about imagining. I think it's interesting that gender is this thing that we all focus on—there are so many things that make us different from one another, and gender is just one of them.

Right, yes. When I was writing stories for the New Yorker, I had a couple that were first-person with a woman narrator. And they had this rule where you had to, like, announce in some way in the first paragraph that it was a woman.

Yes, that was always a challenge, to describe some article of clothing that only a woman would wear.

That is fascinating. Do you know when they got rid of that rule?

It was. I don't know, they might still have it.

They had a lot of rules, though, back when William Shawn was editing it.

I was going to ask you about that: You started out writing short fiction. Then you shifted to novels and, it seems, never looked back. Do you ever miss writing stories?

I do. I really miss writing stories. There's something really satisfying about writing a story, but also something pleasurable in terms of not having so much invested in it. When you work on a novel, it's three or four years, so if it's not working, it's really agonizing. Whereas if a story is not working or doesn't work, you haven't wasted part of your life. [Laughs.]

[Laughing] There you go. You can abandon ship.

Yeah. But something happened with my mind, my brain or my imagination, when I was in my 20s: All I could think of were ideas for short stories, and I thought I would never write a novel because every idea I had, I could see how it could work as a short story—and once you see it as a short story, then it's sort of impossible to say, "Well, I'll blow it up to 300 pages" when I can do it in 20. So I thought I would never write a novel.

Then something happened: My ideas became more complex, and they came less frequently. I think when I was young I had so much material to go through, and then I sort of caught up with myself. So I don't know if it was self-preservation in a way, but the ideas I got were more complicated, so I'd have to spend three or four years doing them. I just get fewer ideas now, but they seem more inherently novelistic.

It seems like a lot of people start out writing stories.

My career would lead you to think of that model of you write stories, and then you move on to novels…but I don't think short stories are practice for writing novels, I think they're a distinct art form. I'm sort of fascinated by writers, like Raymond Carver, who only write stories. I think it's a very peculiar and wonderful talent; I think they're closer to poets.

In addition to writing, you've also taught in a number of places: Oberlin, Columbia, and Sarah Lawrence, among others. What's the first thing you say to new writers? Where should they start?

I don't know if it's the first thing I say, but one thing I'm aware of always repeating is that I think it's really important as a writer to find and respect your own rhythms and schedule. You know, because I don't write every day; I only write when I'm ready to write, and I've found that's what works for me. If I try and write every day, I just write stuff that's bad, that I'm not ready to write, and it discourages me. So I think these people who say, "If you want to be a writer, you have to write every day, you have to be disciplined"—I just don't believe that. I think you should try different schedules and different ways of writing, but it's really important to not be coerced into some process that's not working for you.

The other thing I think is that anybody who's interested in writing should be reading a lot, too.

Absolutely. What are you reading these days? Do you have different taste on the road than you do at home? Trashy airport novels?

No, I feel like I'm a real snob in terms of what I read. It's interesting, a lot of what I read is modern fiction, from 1900 to 1950, a lot of British women writers—but I think when they were published, they were considered very much popular fiction. And now—I guess it's because they're so well written—they have this sort of literary quality to them that I really enjoy. I'm a very narrow reader in that I read so little nonfiction. I read contemporary novels only if it's somebody I know, or a book that I think is particularly interesting that somebody tells me is really great. But I'm not somebody who reads everything that's coming out, just because I feel there's so much literature from the past that I've not read.

You've got to catch up! But it could take forever. I feel the same way.

Then you read something and it suggests something else. I'm always finding new British women writers who'd been forgotten and are now being reprinted.

You read one and love it, then you want to read the whole canon by that person.

Yes, exactly. I just read this book by this woman, a British writer named Monica Dickens—

Do you think popular fiction has gotten less literary?

It always amazes me how some literary novels become best sellers, and it is always surprising. Books that publishers think are going to be big books often don't sell as well, and then sometimes books that are published—there's just something about them that captures the public's attention. So I think a lot of contemporary fiction is really trashy or not well written or not interesting to read, but I think a lot of it is very good. It gives me hope.

You've mentioned British women writers. You grew up in two very different places, London and New Jersey. How did both of them influence your path as a writer?

I was just talking about the two years I spent in London, that's really when I started writing. I went to this very progressive school, the American School in London. In second and third grade, we were writing plays and poems. It was great, because from that very early age, writing creatively was something I was doing, something I thought was natural to do. Then, when we went back to the United States, it's not part of the curriculum at all; you very rarely would be given time to write a story. So it wasn't really until I got to college that I started taking creative writing classes again.

But I grew up mostly in a small town in New Jersey that was your typical American small town, so I got that very traditional, suburban American experience. And then I feel really fortunate that I did spend those two years in London, where I got a totally different outlook on life. Living an urban life is, I think, a great thing for a kid. You have all this freedom, and you realize there are so many different kinds of people in the world. Whereas if you grow up in a small town, everybody more or less…

Yeah. It's really hard to get accustomed to the idea that the world is full of people who are unlike you, different than you, who can influence you in wonderful ways.

What Authors Can...
Read