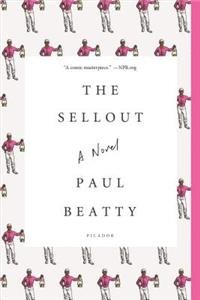 Today the Booker Prize Foundation announced the winner of the 2016 Man Booker Prize for Fiction: Paul Beatty's scathing, hilarious satire of race and identity in America, The Sellout, also the winner of the 2015 National Book Critics Circle Award in Fiction. Notably, Beatty is the first U.S. writer to win the award, with 2016 marking the fourth year that books published outside the British Commonwealth were considered.

Originally awarded in 1969, the Man Booker Prize endeavors "to encourage the widest possible readership for the best in literary fiction." Beatty will receive £50,000 in addition to £2,500 awarded to all of the finalists. Previous winners include Hilary Mantel, Ian McEwan, A.S Byatt, Salman Rushdie, and last year's recipient Marlon James for his book, A Brief History of Seven Killings.

Learn more about the foundation and the Man Booker Prize at their website.

More titles from the 2016 longlist: