Talking to Kobe Bryant About "The Wizenard Series: Training Camp" 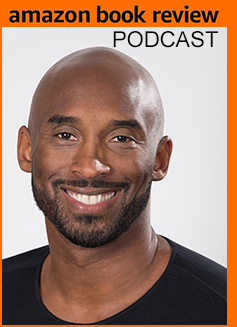 Kobe Bryant is one of the most successful NBA players of our time, winning five championships with the Los Angeles Lakers over a twenty-year career. Since his retirement, Bryant has launched multiple business ventures, but the one that may come as a surprise is Granity Studios, which published its first book for young adults last month.

For the first book in the Wizenard Series, titled Training Camp, Bryant teamed up with author Wesley King to write the story he had envisioned: a novel of of basketball, mentorship, and self-discovery, with a fantasy twist.

Training Camp is told from the perspective of five young basketball players, each recounting the same time period and events, only from their unique point of view. Rather than alternating chapters and narratives, their stories are told consecutively, which I really enjoyed. Training Camp is a story with a winning combination that gives kids who love sports a book--and series--that will capture their attention and keep it.

I spoke to Bryant on the phone for the Amazon Book Review podcast and asked him about Training Camp: why he relates most to the character of Rain, the men he considers his "wizenards," and more. Below is a transcript of some of that conversation, but you'll find a link to the complete interview (along with a discussion among the Amazon book editors about the Best Books of March) at the bottom of this post.

*The Wizenard Series: Training Camp was an editors' pick for the best young adult books of March.

Seira Wilson: Training Camp is a blend of fantasy and sports. The sports part is obvious, but tell me about the fantasy.

Kobe Bryant: Well, it’s what we like to call creative education. When I'm speaking to my children, trying to teach them about good work habits, discipline, things of that sort--if I just sit there and tell them, it goes in one ear comes and goes out the other. It's just so bland, and it's "Okay, Dad, I hear you, I hear you, I hear you." But the thing that really resonates--for all of us, not just children--is entertainment. The fantasy and magical elements of things really brings people in, so I had to figure out what does that mean for sports?

And in sports, the magic is inherently there--good and bad. If I'm feeling great, if I feel like: I can't miss! That basket looks massive! But then conversely, if I'm feeling bad, the basket looks like it's the size of a keyhole. I can't make anything. That's emotional magic. So I wanted to take emotion and use that as magic in our world to teach these very complicated methods to our children in an entertaining way.

Seira Wilson: Were you a fantasy reader yourself, as a young person?

Kobe Bryant: You know what's funny? Of course I would come up with a business that centers around books, because I was not a reader growing up. Not at all.  You could not get me to sit down and read a book from start to finish because you couldn't get me the sit down in the first place! And the reason is because there weren't any books that were centered around things that I was genuinely interested in. I love fantasy. I love a good fantasy story, a good fantasy film, but those fantasy stories centered around battles, or wars that take place in outer space or other dimensions, and not things that I can actually relate to.

So if there was a book that centered around basketball, fantasy, magic, things of that nature--oh my God, I would've sat down and read that book in one sitting. So that's why I wanted to create this new kind of industry for readers that are generally reluctant readers--the ones with ants in their pants. This is the series for them.

Seira Wilson: I think one of the strengths of the book is the detail about the game. I think it's so appealing for young athletes....

Kobe Bryant: Well, thank you. Things like those drills are things that I have done myself. Like the castle: drills that we've done growing up and actual things that I've learned or taught. I have my 12-year-old daughter's team that I coach, so I kind of had to go back to the basics because that's where they started from. The beginning of learning how to play basketball. How do you teach this game?  I took a lot of those exercises and drills and just infused them with magic for this particular story. And then the writer, Wesley King, went down to Philadelphia and spent time with a few AAU teams, getting to know them, talk to them, understand their fears, understand their dreams and hopes, and be around the gym. So that's why it feels that way--Wesley absolutely wrote from a place of truly connecting with young athletes.

Seira Wilson: It's wonderful that you found an author that could really take your vision and bring it to life.

Kobe Bryant: He made it better! That's what we talked about it: I've outlined these characters. This is the plot that I have in my mind. This is how I see things going. Then it became a matter of, Okay, Wesley, how can you make this a thousand times better?

Seira Wilson: Tell me about the Wizenard proverbs. I really love them--they're so inspiring and thoughtful.

Kobe Bryant: Well, it came from an understanding of what Wizenards are. Wizenards are here to teach the next generation the power that they have within themselves. So it was important to have Wizenard proverbs. They're not just exclusive to Rolabi, but exclusive to Wizenards in general so there are plenty more to come. It was important to create proverbs that you have to think through. So, if you read a particular proverb the age of 12, you may internalize it as one particular meaning, but then you read it again at the age of 25 and 35 or 45--now you have a different point of view. So it was important to have proverbs that that can have that effect.

Seira Wilson: The combination of sports and fantasy while also teaching introspective skills is really appealing. Is that something you want to continue through the next books in the series?

Kobe Bryant: Absolutely. You know, it's our belief that if we can teach kids, particularly at an early age, to understand how to process emotion, to understand the feelings that they have within themselves and to observe them, be aware of them--that's extremely important. I feel like we tend to teach our kids that being happy, not feeling fear or things of that nature, is the way that we have to be. And it gets to the point where children, if they do feel a sense of jealousy, if they do feel a sense of anger, or fear, that’s supposed to be bad and so they wind up feeling bad and getting down on themselves for having those emotions in the first place. What we’re here to say is, No, it's human to have those feelings. We all experience those feelings. The key is to really be aware of them. And then you can decide what it is that you want to do with them. But at least you have control over those emotions versus the other way around.

**You can listen to the full podcast interview below, and watch for the next book in the Wizenard Series, Legacy and the Queen, on September 3, 2019.

Listen below, see more shows in our podcast archive, or subscribe via iTunes or TuneIn.