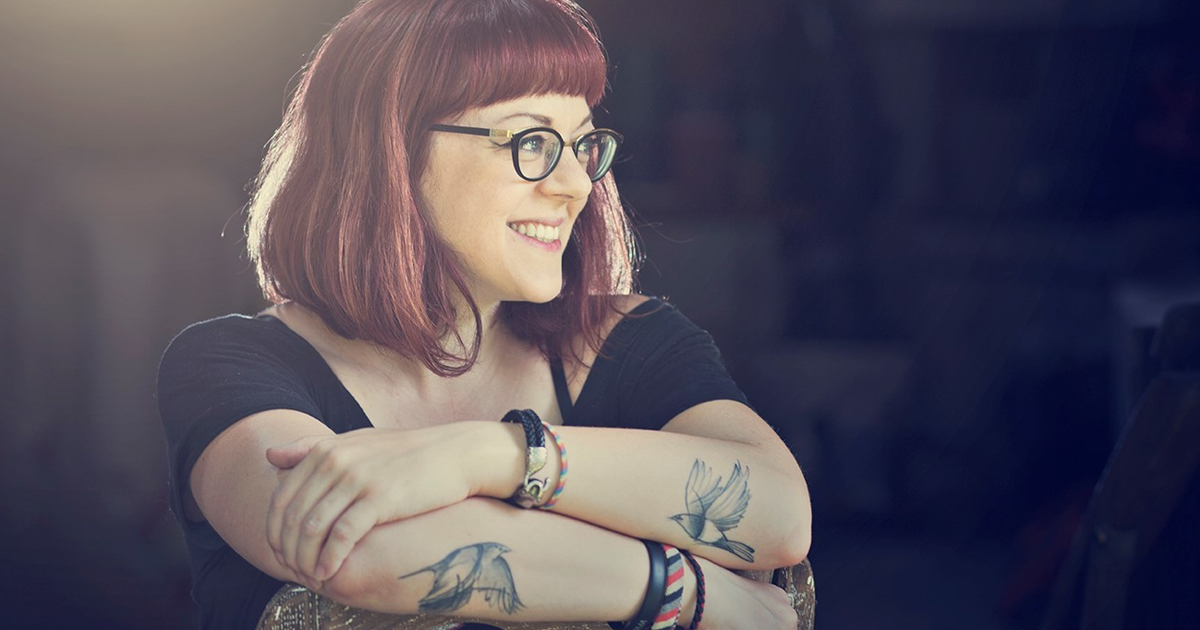 There are a lot of great things about reading and writing as a job, and one of the best benefits is being able to chat with your favorite authors. I got that chance last week when I jumped on a video call with V. E. Schwab, also known as Victoria Schwab, to discuss her new book, The Invisible Life of Addie LaRue.

A regular reader of Schwab’s books know that her interests range widely. As she said during our call, “I have been given an immense gift over my career in that I have never written the same book twice, and readers have given me that opportunity. They have had that patience, that tolerance, to come with me on whatever journey I embark on, even if they're not sure that it will be the book for them.”

Schwab is best known for her Shades of Magic series or her Vicious books, and magic and unlikely heroes is a thread that runs through most of her works. In some ways, The Invisible Life of Addie LaRue hews true to many of Schwab’s long-running themes, but the novel holds a vastness inside it unmatched by her other novels.

Born in the French countryside more than 300 years ago, Addie LaRue makes a hotheaded decision to trade her soul to a dark god in exchange for a long life and to escape the incipient marriage she does not want. In a surprise twist, the dark god wipes the memory of Addie from people’s minds as soon as they lose sight of her, so she can never form long-lasting human relationships. But in 2014, in New York City, Addie finally meets a young man who can remember her.

Three years ago, in another interview with me, Schwab called The Invisible Life of Addie LaRue “the love of my life.” But with that much love came a lot of self-inflicted pressure to get it right. Said Schwab last week, “It's a story that took almost exactly a decade from idea to shelf, which is not usual for me. But this one…this one was special to me. It always has been. I became very protective of it very early on—this idea of a story that I could only tell once—and so over the years I would check in with it, and I would say, ‘Am I ready to write it yet? Do I have all the pieces?’ I would get all the pieces. I still wouldn't feel ready. Then I ran out of excuses, and I figured out about three years ago that I was terrified of writing it wrong, so I was opting to not write it at all. And I realized as I approached [age] 30, ‘My God, I'm going to die without writing this book,’ in the interest of not making a mistake…even though all writing is making mistakes. All writing is taking this idea out of your head and breaking it in the interest of making something kind of like it. And so I finally realized a couple of years ago, ‘I've got to write it down. I've got to find a way out of this fear of it not being perfect.’ And so I finally wrote it, but it took 10 years.”

Schwab’s response to getting the book down on paper was complex: “For about six months after I finished writing it, I felt a deep, deep well of grief, like I felt like I had lost a friend—because as weird as it sounds, for almost a decade, I had this other voice in my head. I would check in with Addie wherever I went.” But now that she’s done a virtual book tour and the book has been on shelves for several weeks, Schwab feels “an incredible sense of relief.” She added, “And I'm also just relieved that I don't have to singlehandedly hold up the memory of The Invisible Life of Addie LaRue. Now I get to hand that responsibility and that pleasure off to readers and ask them to remember her story along with me.”

In the book, no humans can remember Addie—at least until she meets Henry in a bookstore 300 years after she was first cursed. But she is remembered through the centuries by the dark god, Luc, who visits her on a regular basis to try to convince her to hand him her soul. And, interestingly, Addie is the only one who has been a constant in Luc’s world as well. Said Schwab, “They have a very complicated relationship born out of antagonism and animosity, but also out of the fact that there's nobody to create inside jokes with. There's nobody to create any kind of communal understanding with—except each other.” That complicated relationship drives a number of choices, but one of those choices is Addie’s determination to live her life on her own terms despite the curse.

Said Schwab, “At the heart of this story is the difference between being alone and being lonely—finding companionship with yourself out of necessity. And, also, how do we define memory? If so much of our identity is made up by how other people see us, what happens when we don't have that luxury? How do we see ourselves? How do we truly become the only people who have the responsibility of keeping our lives alive and sustaining that?”

There’s a lot to unpack with The Invisible Life of Addie LaRue. The curse. Addie’s resourcefulness. How relationships define us, for better or for worse. The many forms of love.

With a book that is willing to embrace so much, there’s always a risk of an unsatisfying ending. But Schwab delivered the perfect ending that feels true to the characters and to the story and to every page that came before.

“It took the better part of the decade to find an ending that I not only love, but I felt like still managed to salvage and empower a character who has had to fight against having her autonomy stripped away by the very nature of her curse and has had to deal with an absence of bodily autonomy for 300 years. And so one of the biggest decisions that made me able to write the book was finding this ending,” said Schwab.

Spanning several centuries and two continents, The Invisible Life of Addie LaRue is a glorious mix of historical fiction, fantasy, and romance, and the Amazon Editors named the novel one of October’s Best Books of the Month.

We talk with V. E. Schwab about her new centuries-spanning novel, “The Invisible Life of Addie LaRue,” and its twisty, 10-year journey from idea to shelf.