Scott Z. Burns on everyday heroism, torture, and "The Report" 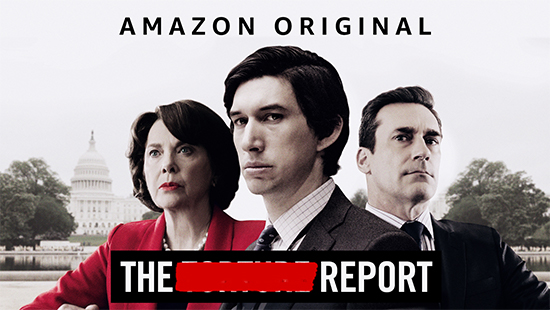 Congressional intelligence committees have been in the news quite a bit lately. Ten years ago, the Senate Intelligence Committee was focused on a different investigation: the CIA’s detention and interrogation program, including the use of “enhanced interrogation techniques.”

In the opening scenes of the film The Report by Scott Z. Burns, Senate staffer Daniel Jones is clearly working late hours, all alone. The lead investigator for the Senate Intelligence committee, Daniel Jones put not just late hours but long years on researching and compiling the information that eventually led to a 6,700-page classified report. The Senate Intelligence Committee later released a 576-page public summary after a 9-6 committee vote that largely fell along party lines, with only one Republican, Olympia Snowe, voting in favor of publication.

Two things, Scott Z. Burns said to me during a phone conversation, drew him to making a movie about this true story. The first thing he found compelling was that “it told a story of torture and how it is not in fact an effective means of gathering intelligence.” The second thing was Daniel Jones himself. “The odyssey that Daniel Jones went on in trying to get this story out into the world was in and of itself worthy of a film.”

Played by Adam Driver in The Report, Daniel Jones wants to do his part after 9/11. He joins the FBI to work in counterterrorism and then the Senate as an investigator, and he’s soon neck-deep in an inquiry into the CIA’s handling of detainees. Watching Driver, it’s easy to think this is a fictional—and uncomfortably timely—thriller about Washington, D.C., politics, but Dan Jones is a real person. When asked about Jones’ brand of dogged, everyday heroism, Burns said, “There are people in the world thankfully like Dan who, when they’re onto a story like this, feel like the truth coming out is more important than getting a good night’s sleep or having the most comfortable career path.”

Interestingly, Burns originally considered making The Report as a political satire along the lines of Catch-22 or Dr. Strangelove—as opposed to a thriller based on true events. However, he said, “the more that I read in The Report and really came to terms with some of the horrific techniques that were employed and Dan’s own personal struggle in getting The Report out, it seemed to me the story would be better served by trying to be a political thriller.” Burns then pointed out, “The plot of Dr. Strangelove works because it hasn’t happened—we haven’t had a nuclear war with Russia—and so I think it survives very well as a piece of political satire. This program really did happen. And it did a great deal of damage to a lot of people and our country, and so I felt that it needed a different kind of treatment.” 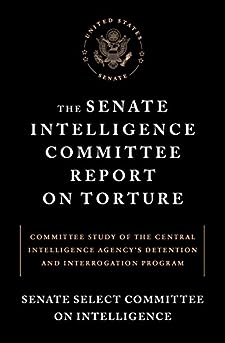 Unlike The 9/11 Commission Report, which was an independent, bipartisan effort, The Senate Intelligence Committee Report on Torture came into being only through partisan efforts and despite evasions by the CIA. In spite that friction, the Senate's report held verified stories of torture and death. “I always wonder what would have happened if this [investigation] had been done independently, and how much more would have come out,” said Burns.

Still, a lot did come out—not only on the horrifying decisions made but the results of the intelligence that was gathered. “The feelings that I had when I made the film were that it would be good if the world understood that the techniques that were employed by the CIA are not only against what America is meant to stand for, but don’t work to keep us safer. And in fact [they] pollute the intelligence stream with false confessions and inaccurate information.”

The larger question that troubles Burns, though, has to do with how we react today to disquieting accusations with political implications. “What does it mean if we’ve gone so far into a polarized world of right or left that we can’t really identify right and wrong anymore?”