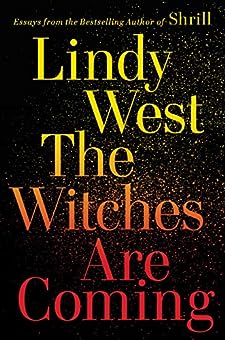 It might seem counterintuitive that a book called The Witches Are Coming is actually about caring about your fellow human beings and taking action to put that care into effect. But there it is.

When we met in Seattle last month to talk about her new book, Lindy West said, “I think that part of the purpose or the mission of this book is to encourage people to get more intimately in touch with reality on a micro and macro scale—in your individual life and also in the society that you’re a part of.”

Longtime writer and columnist Lindy West has been stirring the pot and poking people’s funny bones for years. Her previous nonfiction book, Shrill, was turned into a series on Hulu. The evocative title of The Witches Are Coming promises more spot-on insights to inspire both laughs and fury—and fully delivers.

The Witches Are Coming covers a wide range of topics: going to a Goop wellness expo, Adam Sandler movies, the fraught politics of a website that helps people swap audio gear, the hell that is Twitter, #MeToo, and abortion.

On the surface, the connection between audio equipment, #MeToo, and Goop might seem tenuous. Dig deeper and read more, and you’ll see that West keeps coming back to the point that we need to get out of our comfortable bubbles and take a clear-eyed look at our lives and what the heck we’re (not) doing.

Said West, when I asked about changes she wants to see in the world, “I just think that it’s really easy, as a person with a tremendous amount of privilege, to live in a comfortable bubble and tell yourself that you’re not hurting anyone and that you can abdicate some responsibility for the world around you. And that’s in terms of everything from the politics in your city—homelessness and poverty—to the health of the planet and climate change. I think when you have your own life to deal with and you have your own responsibilities and your own stresses in your personal life…— ‘I have to deal with my kids and I need a new roof on my house’ and XYZ — it’s really easy to justify compartmentalizing reality. And I think that’s really dangerous because if you do that on a large scale, that’s millions of people abdicating their power. We really do have a tremendous amount of power collectively if we if we choose to activate it.”

To get out of that bubble “requires a level of self-criticism that’s hard.” Racial dynamics can’t be swept aside. “As a white person in America, you have to recognize that … to some degree everything good in your life is built on the exploitation of someone else, because we don’t protect people. We don’t take care of people. We don’t take care of poor people. We don’t take care of especially black and brown people who live far away.” Male-female inequality also continues to inflict damage: “Men benefit from the ways that women are socialized to take a backseat and to be caretakers and to be to be compliant and to step aside and let men be powerful and successful. And men are socialized to feel entitled to that power and to take what they think they deserve. So step one is actually internalizing that reality. You know—” West laughed. “Getting real. And then the other component is acting. Figuring out how to be an active participant in building a good world that that treats people well.”

West is a well-known feminist, and she tackles with gusto the turning point that #MeToo brought about. #MeToo, she says in the book, “felt like an appropriately cinematic turn: It’s the third act, and our heroine is angry. She’s finally coming into her power. The witches are coming. It was beautiful to watch.” Then, she says, she keeps coming back to the question: “Men: What is it exactly that you do here?”

When I asked her about that question she posed, she said, “For some reason men—a lot of them—seem to be under the impression that it’s women’s jobs to fix misogyny and sexism, or to be the ones who call it out. And people don’t respond very well when women call out misogyny and sexism.... I think that it should be obvious that if you have a power imbalance in your society, the disempowered group is not the group that is going to have the biggest impact. If women could fix sexism, obviously we would have. It’s not fair that we have to be the ones constantly on alert, constantly being labeled as not fun, not funny, not cool, not chill. The ruiners of everyone’s good time. I am funny and fun and cool and chill, and I like having a good time and I’m tired of being that person. So I would like men to do it so I can go have fun. Thank you in advance.”

Of course, West is partly joking. She’s clearly still one of the funniest and fiercest voices that can pinpoint how what was once considered “common sense” thinking is now outdated and wrongheaded.

But “being that person” would definitely be easier if other people did that introspective work themselves. “What I would like people to do is open up and start being a curious, permeable, accountable human being—and then also believe that you have power and act on it.”

It all comes back to caring. And to actions.

“There are so many incredible people fighting right now, and so many inspiring young people who are really determined and really fierce and smart. And it’s a really interesting pivotal moment to be alive. I mean, it’s a terrifying one, but I guess what I want people to remember is that we get to decide how history looks back on us, and this is the moment to pick what we want.” She pauses. “If we don’t correct course, we’re going to look like the people that that picked the end of the world, and I just think we’re better than that. I think we can do better.” 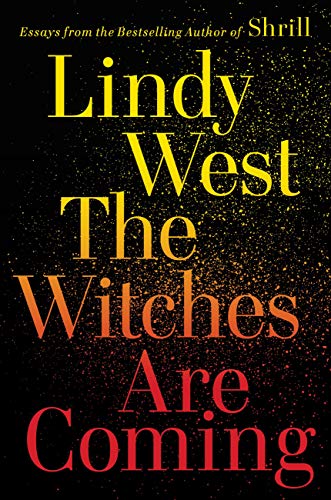