Among this week's releases are a book that is shaping up to be one of "the" thrillers of 2020, an illuminating and fresh take on a moment in history that pivoted many Americans toward war, and a nail-biter of a novel for fans of Caroline Kepnes's “You” (also a hit Netflix series). 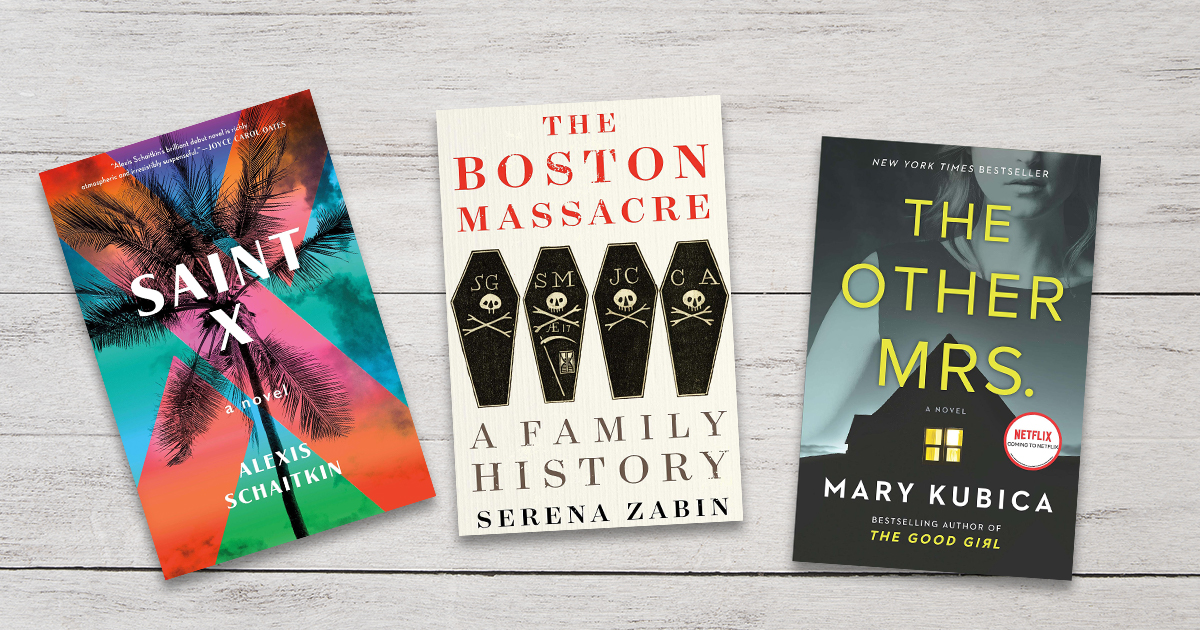 Today's releases include a book that is shaping up to be one of "the" thrillers of 2020, an illuminating and fresh take on a moment in history that pivoted many Americans toward war, and a nail-biter of a novel for fans of Caroline Kepnes's You (also a hit Netflix series).

A beautifully written and paced debut novel that spotlights race, class, and privilege. Claire is seven when her college-age sister Alison disappears during a family vacation on the fictional Caribbean island Saint X, only to be found dead days later. Although two resort employees are arrested in connection with the crime, they are soon released due to lack of evidence. Claire is now 25 and living in New York. Her parents have seemingly moved on from this tragedy, but Claire cannot. She experiences a chance encounter with one of the men who was initially accused of the murder, and becomes obsessed with him. She integrates herself into his life—under a false identity—in hopes of learning what happened to her sister. Reminiscent of some of the sharp observations and language that made Gone Girl a success, Saint X will keep you up all night and haunt you for days after. —Sarah Gelman

This book’s subtitle, “A Family History,” sends a clear signal that this isn’t your usual Boston Massacre story—and thank goodness for history professor Serena Zabin’s interest in digging deeper into the 1770 event that pivoted the American colonies closer to revolution. With an eye for the attention-arresting detail, Zabin follows a dozen key players as British troops are first housed among the tax-resistant Bostonians in an antagonistic 1768 decision by the army’s officers, and then begin to desert into the New England countryside in record numbers. At the same time, Zabin highlights the juicy stories of soldiers’ marriages to local lasses, soldiers’ wives’ attempts to keep their families together, and drunken scuffles on the street to examine the complicated relationships that propagated during the British regiments’ years in Boston. Diary entries, personal letters to friends and fiery letters to newspapers, sarcastic ditties sung at social events, and court and church records expose the complex interactions between the residents of Boston and the soldiers encamped among them. Zabin’s sense of humor, her interest in exploring historical crannies others have ignored, and a firm grasp of human behavior make The Boston Massacre a lively and convincing history that illuminates an oft-cited incident in a new and exhilarating way. —Adrian Liang

The Other Mrs. by Mary Kubica

Intrigue, family secrets, gas lighting, and subterfuge are just some of the delights to be found in The Other Mrs., the new thriller by Mary Kubica. When Will Foust’s sister passes away unexpectedly, he and his wife Sadie adopt his 16-year-old niece, Imogen, and relocate their family from Chicago to a small island off the coast of Maine. But their new life in Maine is rocked when a neighbor is found murdered and Sadie becomes a person-of-interest in the resulting investigation. Told from three perspectives—Sadie’s and two unnamed narrators—this novel will keep readers in the dark aside from the scattershot bits of information that Kubica doles out, until the pace quickens, the twists and turns ramp up, and a dark agenda reveals itself in this engrossing thriller. —Vannessa Cronin