A TEOTWAWKI State of Mind 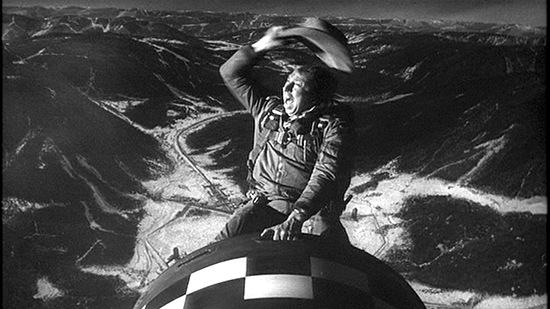 My contributions here are often written in a minor key. I've written or facilitated several articles about North Korea, bear attacks, cannibals, and lost expeditions (some involving cannibalism). This is not even my first post about TEOTWAWKI, or The End Of The World As We Know It. But no one told me there'd be days like these.

I'm no naïf. My memory begins with the ends of Nixon and Vietnam. I remember the oil crisis, the Iranian hostage crisis, and the Three Mile Island crisis. I remember when would-be assassins shot Reagan and the Pope. They survived, but Sadat and (and later Rabin) did not, along with peace in the Middle East. Lennon died for less than nothing. For a while, Ted Bundy worked my town, back when I first learned about greenhouse gases. The Cold War and the insipid threat of Mutual Assured Destruction - the most apt acronym of all time - shadowed my adolescence, to the point that I once awoke in the middle of a thunderstorm thinking that the bombs were dropping. (As if being a teenager weren't enough.) In high school - literally, in class, on TV - I watched a Space Shuttle explode on a sunny Florida morning and a nuclear power plant melt down on a cloudy day in the Ukraine. Somalia, Kenya, Beirut, and Benghazi; Panama and Grenada; Kuwait, Iraq, and Afghanistan. Oklahoma City and September 11.

The world has never seen a shortage of strife, suffering, and chaos; all you have to do is pay attention. But the headlines - out of North Korea, Charlottesville, Ferguson, the West Wing, or wherever - are now coming at what must be an unprecedented pace, so fast that I have a hard time believing that anybody paying attention is getting anything done. So how about a distraction: A list of books (mostly) about all the other ways the world could end! (Did we survive the total eclipse?) 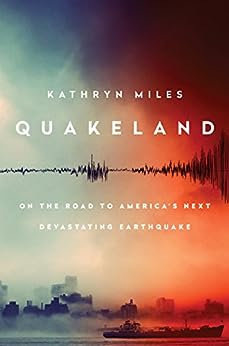 Quakeland: On the Road to America's Next Devastating Earthquake by Kathryn Miles
The joke (depending on your point of view) is that it's only a matter of time before California, like a perforated graham cracker, will snap off at the San Andreas Fault and crumble into the sea. But as it turns out, everyone might have a BIG ONE to deal with. Kathryn Miles’s Quakeland investigates the era of human-caused earthquakes. From fracking to nuclear- and chemical weapons-waste disposal, we’ve been destabilizing the ground beneath our feet in areas not historically quake-prone – and where the buildings are definitely not engineered to handle major seismic events. It's only a matter of time.

Pale Rider: The Spanish Flu of 1918 and How It Changed the World by Laura Spinney
The Arctic ice is melting (it is, it is), and there might be more waiting underneath than woolly mammoth carcasses. Ancient viruses and bacteria - strains that our human bodies have not had the opportunity to adapt defenses against - could wreak havoc on populations - just as the Spanish Flu epidemic of 1918 did, this time with the accelerants of population growth and rapid global travel. If it doesn't emerge from the ice, there are always superbugs biding their time in bat-infested caves, pigs and birds, and government laboratories. You might want to stock up on (or buy stock in) wet wipes.

See also: Flu: The Story Of The Great Influenza Pandemic of 1918 and the Search for the Virus that Caused It

The Storm Before the Storm: The Beginning of the End of the Roman Republic by Mike Duncan (October 24)
We like to think we're different, maybe even exceptional. But entire societies and civilizations occasionally just disappear. Falls can be sudden (the Aztecs), mysterious (the Maya), or inexorably drawn out over centuries, like the Romans'. It's easy (and I admit, often lazy) to draw parallels between our empire and theirs. Unfortunately, just because it's easy doesn't mean it isn't true. And at this point, could a Senator Horse do any worse?

See also:
Rubicon: The Last Years of the Roman Republic by Tom Holland
How Rome Fell: Death of a Superpower by Adrian Goldsworthy

Where the Water Goes: Life and Death Along the Colorado River by David Owen
As populations continue to expand, competition for resources intensify along with the higher warm body counts. Margins are slim, and the looming threat of extreme weather - superstorms, extreme drought, haboobs! - jeopardizes our delicate truce with the world we live in. Even before the West's recent drought, the water of the Colorado was over-allocated to the point that the once-great river failed to reach the sea. It's depressing if you think about it. Do you?

See also: The Death and Life of the Great Lakes by Dan Egan
For a different take: Water is for Fighting Over: and Other Myths about Water in the West by John Fleck

Eruption: The Untold Story of Mount St. Helens by Steve Olson
Washington State (where I'm sitting) boasts five volcanoes, all considered "active," each with varying levels of action. Most often, these disquieting reminders are manifested as clusters of minor earthquakes or the occasional poof of sulfur and steam. However, in 1980, Mt. St. Helens reminded everyone of the astounding power slowly, inexorably accumulating in the chthonic chambers beneath these gorgeous, slumbering monsters. It's only a matter of time. (I know I said that already.)

See our pictorial with commentary from Eruption author Steve Olson.

A Crack in Creation: Gene Editing and the Unthinkable Power to Control Evolution by Jennifer A. Doudna and Samuel H. Sternberg
It sounds a little like something you'd hear about on the Home Shopping Network, or maybe a 30-minute infomercial in the darkest hour before dawn: "CRISPR: An easy and cost-effective way to manipulate your genes!" The potential benefits are obvious, but if it doesn't give you just a little pause, search "gene-edited dogs" and imagine a pack of these wanting to shake-a-paw.

See also: The Gene Machine: How Genetic Technologies Are Changing the Way We Have Kids--and the Kids We Have by Bonnie Rochman

Megafire: The Race to Extinguish a Deadly Epidemic of Flame by Michael Kodas
Summer is wildfire season, at least out here in the West. Problem is, those infernos are becoming more frequent and much larger – and not only here, but across the globe.  Michael Kodas’s Megafire examines the impacts of these increasingly destructive and expensive phenomena from all angles: environmental factors, political posturing, and the Hot Shots, whose job it is to hold the line against them.

See also: Firestorm: How Wildfire Will Shape Our Future by Edward Struzik (October 5)

The Ends of the World: Volcanic Apocalypses, Lethal Oceans, and Our Quest to Understand Earth's Past Mass Extinctions by Peter Brannen
Many scientists argue that we are in the middle of a sixth mass extinction, a period when at least 75% of the world's species will disappear. That has a grim ring to it, so it might be useful to understand what happened during the previous five, should we decide to explore our options to mitigate the damage. This book also conveniently serves as a sort of bathroom reader for potential apocalypses, in the event that your reading time is curtailed for any reason.

Atomic Adventures: Secret Islands, Forgotten N-Rays, and Isotopic Murder: A Journey into the Wild World of Nuclear Science by James Mahaffey
Whether it's high-waisted jeans, Twin Peaks, or fascism, everything old will eventually be new again. Unfortunately, as recent developments in North Korea and Fukushima have demonstrated, the threat of nuclear annihilation - or at least the acknowledgment of it - is back, and in a big way. So head to the basement and dust off your VHS copy of War Games, nuke some popcorn, and enjoy the ride. But you might get your hair mussed.