Could the Children's Books in Your Attic Fetch a Price at New York's Antiquarian Book Fair? 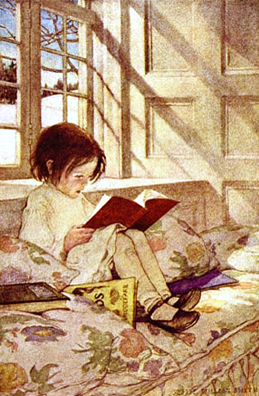 “The New York Antiquarian book fair is pretty much the premiere book fair in the world. It’s the planet around which the satellite of my business revolves,” said Brian Cassidy, a bookseller based in Silver Spring, Maryland. It was opening night, and he was standing by his booth in the huge hall of the New York Armory on Park Avenue and 66th street. All around him, booksellers from Japan, Germany and everywhere in between were sipping Champagne, chatting to colleagues and collectors, and showing off the very special selection of books, maps, artwork, and prints they had brought to this year’s fair.

The fair’s catalog contains a twenty-page, alphabetized list of the different categories of items on display, starting with “Africa” and ending with “Whaling,” so visitors can search out which of the 200 booths offer, say, “Slavica,” and head directly there. This year, I decided to focus on books for children. After all, many readers cherish and keep their children’s books long after childhood is past. Could the kids' books on your shelves -- or mine -- warrant a place at the fair?

If there’s one thing antiquarian booksellers have in common, it’s this: they’re all born raconteurs, with a genius for describing what makes their books special and worth their often (but not always) high asking prices. As I walked the aisles, I stopped in at booths featuring children's books, to get a sense of this year's range.

What if you have an old copy of that high school classic, The Catcher in the Rye, and wonder how much it is worth? At least two examples were on view at the fair, though priced differently, for different reasons. Ken Lopez, from Hadley, Massachusetts, had a first edition, first printing, with an interesting provenance: the book’s publisher, Alfred A. Knopf, had given it to a young writer who came over to dinner at his house. That writer, Susan Sheehan, eventually went on to win a Pulitzer Prize for her book, Is there No Place on Earth for Me? Her husband, Neil Sheehan, won a Pulitzer too, for A Bright Shining Lie. So this particular edition has some added literary luster from its former owners. Lopez pointed out a photo of author J.D. Salinger’s face on the back cover. That photo added to the book’s rarity, Lopez explained: “As you know, Salinger was a very private man, and he took great exception to having his photo being used on the jacket, so only the first three printings of the book have the photo on the back.” The asking price? $12,000. 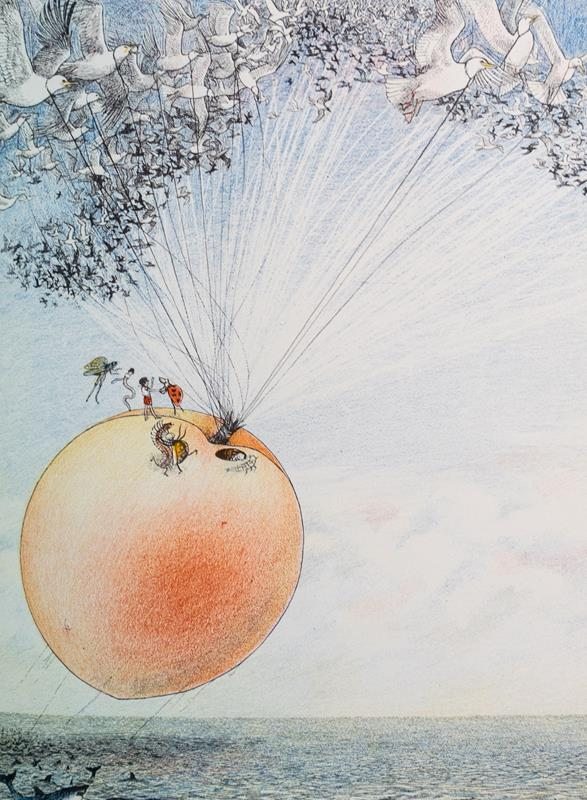 Raptis Rare Books, out of Palm Beach, Florida, also had a lovely edition of The Catcher in the Rye at its booth. Matthew Raptis explained that this was a very pristine copy of this first printing of the first edition – it had probably never been read. Raptis bought for a good price from a man in Vermont who paid “about ten cents for it in 1970.” The asking price now? $24,000. Among the other treasures of children’s literature offered by Raptis Rare Books: a beautiful first edition of Roald Dahl’s James and the Giant Peach, signed by Dahl and by the renowned illustrator Nancy Eckholm Burkert.  The dust jacket noted this was the first book Dahl wrote for children, and the first book Burkert illustrated for them. Lots of firsts make this a very sought-after volume, which could be yours for $20,000.

The catalog for Raptis Rare Books contained a listing for a signed set of Ursula LeGuin’s Wizard of Earthsea trilogy. Would LeGuin’s recent death make these books more appealing to buyers? At John W. Knott's booth, I asked Warren Bernard about how such events effect sales. He’s the editor of Cartoons for Victory, a book of World War II-related material designed to encourage support for the war on the home front, and his collection includes propaganda cartoons and books aimed at children.

When asked whether the anniversary of the Russian Revolution, for instance, might create a surge of interest in war-related books from that time, Bernard said, “I’ve never seen an anniversary or a new movie trend toward an uptick in sales.” However, he added, that there were exceptions. He saw sales in Tolkien editions rise with when the Ring Trilogy movies came out, and Black Panther, currently in cinemas, seems to be boosting prices for Fantastic Four and Black Panther comic books.

It’s not just first editions of famous children’s books that are on display at the fair. Brian Cassidy, the bookseller based in Silver Spring, has several books at his booth that were handmade by children simply for their own enjoyment. “I call these vernacular or folk books,” he said. One, a large-format, hand-drawn-and-illustrated manuscript called Down Home with the Bailem County Kids dates from the early 1970s and recounts the adventures of a group of ethnically diverse friends. He thinks the book originated in Texas. The asking price: $4,500.

Another one-off, created by eleven-year-old twin brothers in the 1960s, is a book-length murder mystery they wrote and illustrated with black-and-white photos of the two boys acting out scenes from the story. Cassidy said that he hadn’t advertised the book on his website because he wanted to present it for the first time at the fair.  “I like to have marquee pieces that are inherently unique,” he said, and he likes his booth to have an entirely new set of books on display each year. 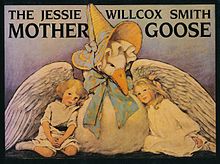 As I walked through the last aisle of the fair, I was feeling a little sad to be leaving empty handed. But then I caught a glimpse of a beautiful edition of a children’s book illustrated by Jessie Willcox Smith, an American artist from the "golden age" whose pictures I loved as a child. This was a first edition of a particular format of Willcox’s Mother Goose, dating from the 1920s. What made it unusual was that it had all its color plates intact and was in excellent condition.

Terry Johanson, of Johanson Rare Books, told me she had bought this Mother Goose from the private collection of a family who lived near her shop in Baltimore. The original price ($2.50) was penciled on the inside cover. I desperately wanted it, but I feared the new price, almost a century later, would be out of my range. Huge relief -- this big, gorgeous book could be mine for $100.

So though in the end I didn't think that any of the books in my own collection could really find a home at the fair, there was the chance that I could take something from the fair back home. Whether I would keep my purchase as pristine as its previous owners had was another question. Precious as untouched books may be, their real value -- to me at least -- is in reading them.