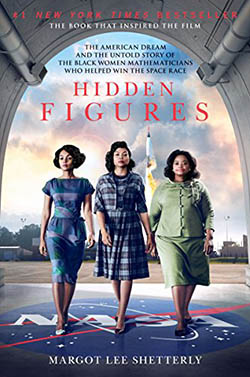 Katherine Johnson, who was chronicled in the book and movie “Hidden Figures,” died on February 24th at the age of 101.

Johnson was one of a small group of black women hired to work for the all-black West Area Computing section at the National Advisory Committee for Aeronautics (NACA) at the Langley Laboratory in Virginia. NACA was the predecessor to NASA.

Recognized as a gifted student early in her life, Katherine Johnson eventually attended high school on the campus of West Virginia State College, an historically black college. At the age of 18, she enrolled in the college itself, where she majored in mathematics and French. Afterwards, she became a teacher.

She briefly enrolled in the graduate math program at West Virginia University, where she was the first black woman to do so, but she left to raise a family and return to teaching.

Then in 1953, she took a job at NACA as a “human computer” in the guidance and navigation department.

At the time, post-WWII labor shortages meant that America's aeronautics industry needed to draw talent from wherever it could be found. That meant—despite Langley being segregated under Jim Crow laws—women like Katherine Johnson could work in a job that matched their abilities. These women embraced the mission of winning the Cold War against the Soviet Union and dominating aerospace, all while breaking racial and gender barriers.

Johnson did hand calculations for a number of space missions, including 1961's Freedom 7 mission, which was the United States' first space flight mission, and 1969's Apollo 11 mission, which first put a man on the moon. She also worked on the Space Shuttle and on plans for a mission to Mars. She retired in 1986, after 33 years at Langley.

In 2015, she was awarded the Presidential Medal of Freedom.

Margot Lee Shetterly, who wrote Hidden Figures: The American Dream and the Untold Story of the Black Women Mathematicians Who Helped Win the Space Race, was inspired by her own father’s experiences working as a black scientist at Langley. Her book shined a light on Katherine Johnson's work, along with the lives and work of Dorothy Vaughan, Mary Jackson, and Christine Darden, all of whom worked at Langley’s segregated west side as “West Computers."

In her book, Margot Lee Shetterly writes of talking to her father about the early years of Langley and feeling the “spark of curiosity” turn into “an all-consuming fire.”

Shortly thereafter, the author writes, she was “sitting on a couch in Katherine Johnson’s living room, under a framed American flag that had been to the Moon, listening to a ninety-three-year-old with a memory sharper than mine recall segregated buses, years of teaching and raising a family, and working out the trajectory of John Glenn’s spaceflight.”