Why Zombies? A Defense of the Z Word

When it comes to zombies, I will not apologize.

In darker, future times, that statement might take on a different, more ominous meaning. For now I simply mean that I won't apologize for my cultural obsession with zombies, the stacks of books and movies about them that clutter my home, that this is my third time in three months writing on the subject here, or that this probably won't be the last time I do so. Allow me to explain why.

Vampires vs. Zombies - or How the Zombie (Fan) is Misunderstood

Beyond the built-in genre-based bias from which all horror typically suffers, zombies have developed a reductive reputation –- one from which their horror cousins, vampires, seem immune.

To state the obvious, vampires historically have been portrayed as cunning, mysterious, sexy creatures. They're cold-blooded killers, yet from the works of Polidori and Bram Stoker to Ann Rice and Stephanie Meyer, bloodsuckers have made the ladies' swoon.

Zombies, by comparison, are typically portrayed as grunting, ravenous, simple creatures. That's fair. But those who don't watch these kinds of films or read these kinds of books seem to apply the creatures' traits to their fans. And that's not fair. "You've made a plan for the zombie apocalypse? How [eyeroll] cute." (We'll get back to that.) Non-fans merely see a barrage of violence resulting in lots and lots of splatter repeated from one story to the next. But to see no more than the gore is to miss what's really going on, on many levels.

First and foremost, unlike vampires, zombies typically are not characters. They're part of the setting; they're often creatively concocted and masterfully manufactured (particularly in the visual sense), but they're nonetheless mere catalysts whose sole narrative purpose is to propel the real characters and the real plot. Once one accepts that basic but crucial premise, the value of the rest of the story can click.

What Zombie Stories are Really About 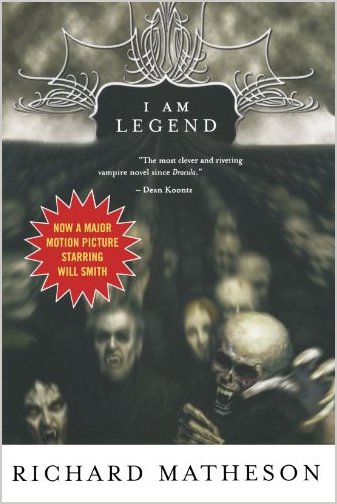 Credit where it's due, the modern zombie is actually a direct descendant of the vampire. Just as Bram Stoker is considered the godfather of the modern vampire, so film director George Romero established our basic understanding of and generally accepted "rules" for zombies. Romero, by his own admission, ripped off Richard Matheson's vampire novel I Am Legend. It always comes back to books!

So what are these "rules"? There's the general stuff: how zombies are made, how they move, how to stop them. But again, it's not really about the zombies. Romero released the movie Night of the Living Dead in 1968, during the Vietnam War. In a way, every zombie story since has been, to some extent, a guiltless war story. Amid the zombie hordes, we follow the everyman hero as he faces an enemy that is beyond human and therefore beyond reason or redemption. Likewise these stories have been, like some of the greatest literature, social commentary -- a vehicle by which to confront our own ethics and morals. Just beyond the immediacy of a zombie attack lies the real threat: mankind. Even the more lighthearted and increasingly popular field of zombie romance forces us to consider: "When civilization as we know it ends, how do we hold onto our very humanity?"

But those are just the narrative novels. Among the most popular (not to mention clever) zombie books on the market today are field guides and how-to manuals. Often these books are tagged as parody and are purchased as gag gifts. There's nothing wrong with having a laugh, but there's more to these books than you'd expect, as well.

The Government is Ready: Are You? 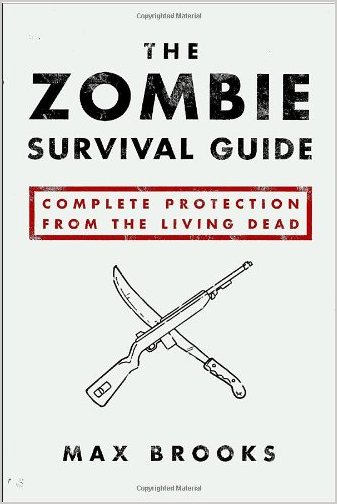 The debates between zombie fans can get heated, to put it mildly. They're like epic logic problems, infinite tautologies meant to solve the mystery of how to simply survive. And to a non-geek it can sound pretty silly. "You've made a plan for the zombie apocalypse? How [eyeroll] cute." But take a good look at the thought process and the preparation involved in deciding such things as whether to evacuate or stand your ground, what your weapon of choice is and what you'll need, bare minimum, to live after the fall, and the real-world applications are fairly impressive.

If you plan to evacuate, you'll know escape routes from your home in an emergency. If you plan to stay, you've figured out how to fortify your home (and you're probably saving a ton in utility bills as a result). If you've thought through how you'd take out a moaning, toothy brain-craver to the point that the baseball bat or katana is within arm's reach, you've also got an edge against that burglar downstairs. If you've got a backpack stashed with survival supplies, you won't be the pathetically empty-handed shopper who can't even find a flashlight for sale the day before a natural disaster hits.

Scoff all you want, the U.S. government is on my side. The Director of the CDC's Office of Public Health Preparedness and Response, Dr. Ali Khan, is quoted on the organization's zombie preparedness site as saying "If you are generally well equipped to deal with a zombie apocalypse you will be prepared for a hurricane, pandemic, earthquake, or terrorist attack."

The Point of No Return 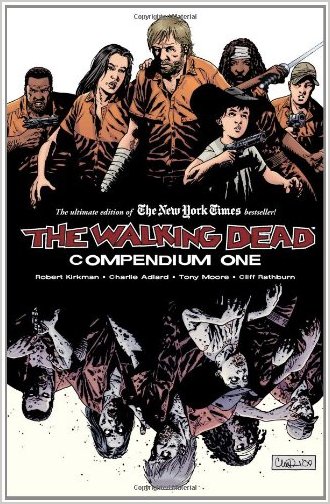 At the time of this writing, spring has just begun. Another TV season of The Walking Dead is coming to an end. World War Z is on the cinematic horizon (not to mention R.I.P.D, Night of the Living Dead: Origins 3D and The 4th Reich), a Zombieland pilot is on its way to Amazon, and it was only a month or so ago that Warm Bodies was hot at the box office, winning its opening weekend.

The floodgates have been opened and there's no going back. Like vampires, zombies have permeated the mainstream. Relegating zombie stories to Halloween now would be as ridiculous (and almost as dangerous) as restricting chocolate eating to February.

There's no longer a bad time to enjoy the undead in any medium and there are hundreds upon hundreds of zombie books available for readers of all different interests: survival guides, romance, parody, humor, drama and, of course, horror.

If you're not a zombie fan and you've read this far, guess what: you're infected. We've collected a few of our favorite zombie stories in our Essential Zombie Books store. It'll help you to adapt to your new life.

But if you're already like I am about zombies, then ... well, first of all, please shoot me a comment here and let's talk source materials, virus origins, strategum, and weapons of choice! But secondly, you've probably got your own favorite books on the subject. Let me know what they are and why.

How Important Is It...
Read