YA Wednesday: New Moon and NaNoWriMo

Only 16 days left until the release of New Moon (the movie!). If you can't wait, you can act out scenes from the book, or make up your own, with the Bella Barbie 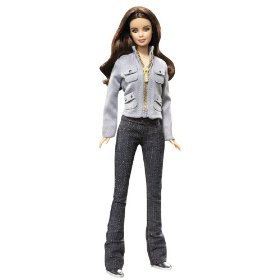 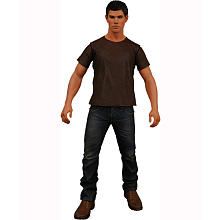 which you can carry around in your Edward backpack, so he's always watching.

And if you've had just about enough of Twilight hype, you can find refuge in Nightlight, the Harvard Lampoon's spoofy version of book 1: 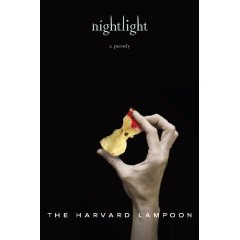 Pale and klutzy, Belle arrives in Switchblade, Oregon looking for adventure, or at least an undead classmate. She soon discovers Edwart, a super-hot computer nerd with zero interest in girls. After witnessing a number of strange events–Edwart leaves his tater tots untouched at lunch! Edwart saves her from a flying snowball!–Belle has a dramatic revelation: Edwart is a vampire. But how can she convince Edwart to bite her and transform her into his eternal bride, especially when he seems to find girls so repulsive?

Complete with romance, danger, insufficient parental guardianship, creepy stalker-like behavior, and a vampire prom, Nightlight is the uproarious tale of a vampire-obsessed girl, looking for love in all the wrong places.

Quick links...
Mortal Instruments is going to be a film now, too (I told you it was cinematic!). All the cities-- City of Bones, City of Ashes, and City of Glass--will be one big movie.

/Film reports that Anna Boden and Ryan Fleck (Half Nelson) have cast the film version of Ned Vizzini's It's Kind of a Funny Story.

(Thanks, KidsLit for the news on both these films!)

At Bookslut Kati Nolfi calls Going Bovine a departure for Libba Bray, "a contemporary dark comedy with supernatural elements ... no ringlet-haired girls and Victorian bodices are on the cover of this book."

Justine Larbalestier is giving young would-be writers tips on how to get through this year's NaNoWriMo: "The world will not end if you don’t meet your daily word count. Nor will it end if you don’t have 50,000 words at the end of November." So is Maureen Johnson (Day 3: Points of view).

This week, the Amazon editors posted their Best of 2009 top 10 picks for teens, and the top 10 customer picks. What book do they have in common? (No surprise!) Catching Fire.