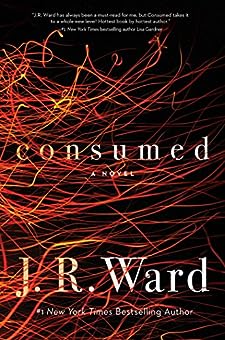 Best known for her best-selling Black Dagger Brotherhood novels, J. R. Ward is now tackling the dangerous lives—and loves—of first responders. Consumed, the first novel in her new suspense series, centers on firefighter Ann Ashburn and a seemingly unrelated spate of fires, one of which changes her career forever.

We spoke with J. R. Ward by phone about her brand-new novel, why she decided to focus on first-responders, and her love of strong female characters.

Adrian Liang: Consumed is centered on firefighters in New Brunswick, Massachusetts, and a series of suspicious fires that dramatically impact their lives. There are a lot of very realistic details about firefighting in Consumed. How did you do research on this book?

J. R. Ward: When you write about vampires—my previous series, the Black Dagger Brotherhood series, is [set in] a paranormal environment—a not a lot of vampires are going to come out and say, "Well, you depicted us incorrectly." But when you move over into something that happens in the real world, and carries with it not just hypothetical risks but very, very real risks to life and limb for the people who perform that job, it was important to me that I paid the proper respect to that profession. I have been very fortunate to have access to firefighters and their rigs and their firehouses, and they have been extremely forthcoming about how they work, what their stress is like, what going on calls can be like... I'm very grateful that you feel like I've depicted it well. I will tell you there are a number of errors in that book that I couldn't change [in time.] It's things like they don't refer to the tanks they carry on their backs as "oxygen," because it's actually air. It's not oxygen. Oxygen, to professionals, is a chemical element that would explode. You don't want to take an oxygen tank into a fire. You want to take just compressed air. So it's little tiny details that the obsessive-compulsive in me is frustrated by. I would have tweaked it if I could have. I think that people who either have spouses as firefighters or who are firefighters themselves will catch them, but I don't think the layperson would catch them. But I know for my next first-responder book, I'll make sure that I get it completely right.

While Consumed resolves one mystery at the end, there are a number of loose threads as well as personal clashes that haven't been fully resolved. Do you have more books planned to follow Consumed?

Oh, yes, I do. I do, I do, I do. The second in the series is a very interesting book that has a heck of a twist to it, and I can't even go anywhere near that or my editor will fire me. But yes, I do. Ann's brother's, Tom, is going to have a book. Danny's sexy roommates, Jack and Mick, will have books. And there is a real bad guy at the base of Consumed, and I would eventually like to have that whole thing play out. It's a big, big turning wheel of plot that will take a number of books to really come to fruition. So I'm hoping that [the series] finds an audience, and I get to continue to explore these things.

When you start a new series, what sparks your ideas? Is it plot, character, emotion…? What gets your ideas going? 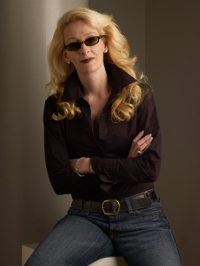 I always fail at this question! I have pictures in my head. I've always had them. It's not uncommon for writers. As I was contemplating what I wanted to do after the Bourbon Kings [series], I kind of liked the idea of doing a series in the paranormal realm, because it's freeing in that you are the creator of the universe in many ways. But I like balancing that with a real-life series. One of the issues of [writing about] the modern world is that when it comes to emotional conflict between two people falling in love, a lot of the barriers, thankfully, have broken down. I think that's wonderful. But if you write a contemporary series, the story has to present itself as having a realistic conflict. One of the things about first responders is that given what their jobs are like, [conflict] is life-or-death for them. And then as soon as I thought, Huh, I wonder if... Danny and Ann showed up.

Now that it's finished, what about Consumed sticks with you the most?

Part of what I love about this book is that Ann is just a powerful, strong woman. She goes through a lot—and it's not to say that Danny, the hero, is secondary to her—but I really love her personal journey in this book.

You have a bold and distinctive writing style, which I very much appreciate and I know your readers do as well. But it's not a standard style. But can you think of the worst piece of writing advice that you've ever received?

My knee-jerk response to that is not one that will reflect well on my character.... [Laughs.] I don't take a lot of advice. That being said, I have been greatly inspired by others. Sue Grafton was my mentor, and she was a real straight shooter, so she never gave me any bad advice.

I'm trying to think... I can't really think of a bad piece of writing advice because I do my own thing, you know? I will tell you—and I mean this with all due respect—I am deeply suspicious of critique groups [in which writers ask for feedback from other writers]. And the reason why is not because they are full of bad people. Because reading is so subjective, if you give a book to five different people, they are going to pick different things they like and different things they don't like. There might be some patterns or consensus, and that's not unimportant, but because it is so subjective, if you try to meet the reading criteria of five or six different people, you file down the highs and the lows. Authors need to write their own vision. They need to educate themselves as to what works and what doesn't work in novels for themselves, so they can critique their own strengths and weaknesses, which I do all the time. I'm never satisfied with anything I've ever written. I'm frustrated by every single mistake I've ever made, and I remember them. I don't want people to look so far outside themselves for external feedback that they lose the grace and the mystery and the excitement of being the first reader of this creation that begins in their head.

Were you always confident in your writing voice?

No, I just don't have a B plan. [Laughs.] What comes out is the only way I know how to do it. I am very, very, very fortunate and very lucky, because I know a lot of writers who are much better than I am who have not, for whatever reason, found an audience. And I feel very grateful that I did find an audience. And I really try and earn it every single time with them.

Speaking of other authors, what are you reading and enjoying right now?

I went for many years not reading any fiction. I'm talking about fifteen years. Like all professions, [writing] is very stressful and it's a lot of work. And I lost my love of reading. And I decided about six months ago that I needed to reconnect with what made me do this in the first place, which is a love of words and expression and story. So I went back and I relistened to Stephen King's On Writing. Both Sue Grafton and Stephen King read and read voraciously. So to answer your question: Kristen Ashley's Rock Chick. She was recommended to me because she also has a very, very unique voice. I fell into Rock Chick. I read three pages and I just fell in love with her voice. It's so natural. It's herky-jerky. It's so quirky and fabulous. And her pacing is extraordinary. And I just worship her. I'm so excited, I cannot wait to just keep reading in her series. That is literally the book I'm reading right now. 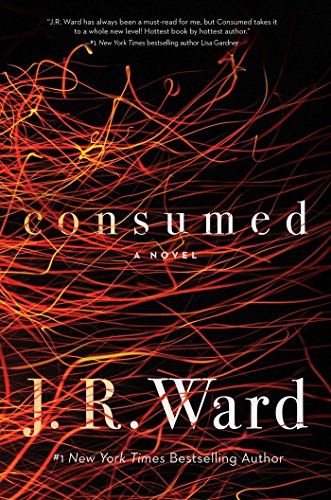