"How We Survive Terror": Rene Denfeld on "The Child Finder" 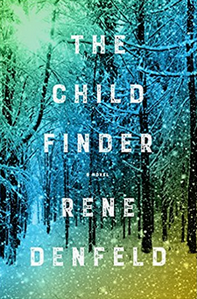 The Culver family is out looking for a Christmas tree in Oregon’s Skookum National Forest when their five-year-old daughter goes missing. What better investigator to enlist than Naomi Cottle,  who was once a lost child herself. Rene Denfeld's chilling The Child Finder is no ordinary whodunit. Based on the author's own experiences as a P.I., and some very personal ones as well, this captivating gem of a novel focuses on how our heroine endures the unimaginable. Here, Ms. Denfeld talks about the ways in which her "day job" informed the writing of 'Child Finder,' and how, despite being confronted by profound horror, we have an extraordinary capacity to heal.

The Child Finder is a novel inspired by my day job. For ten years I’ve worked as a licensed investigator, from missing persons to death penalty work. At times I’ve been employed by a public defense firm, but mostly I’ve been a private investigator, hired by either legal teams or worried families. I might get a call about a man in prison who claims he is innocent, or a mother trying to find her lost daughter. My job is to then painstakingly uncover the truth about what happened.

I’ve helped sex trafficking victims find justice, exonerated innocents facing execution, and located long-lost relatives. In the process I feel I’ve learned a lot about the harms some people commit—and the miraculous strength that people bring to survival. For every hardship I have witnessed, there are stories of redemption. For every horror, there is hope. Rather than making me more cynical, being an investigator has left me awed at the strength of the human spirit.

In The Child Finder, the lead character is a woman named Naomi. She is an investigator who specializes in finding missing children. Naomi is looking for a little girl who went lost in the snowy woods of Oregon three years before. Authorities presumed the girl died, but her parents remain convinced she is alive. Naomi begins the search for her, and the story unfolds between Naomi and the little girl, who tells of the magical world she has come to live inside, in the safety of her mind.

There were times writing The Child Finder the words seemed to pour out, like poetry. But along with the prose came the excitement of being able to bring the reader into the life of a real investigator. I wanted to show what the work was really like: the methods and tactics, the shoe leather work, and the way we look for new clues when others become dead ends. A lot of books featuring investigators use either CSI-television show style with made-up forensics, or else fall back on psychics and magic. There’s room for all that, of course—they can be awfully fun to read—but I felt I had the unique opportunity to showcase life inside a rarely understood job. It was exciting to write about how Naomi found leads, and her dedication to following one to another to yet another, until she solves the case. In fact, there are several parts of the book inspired by real life cases.

I also felt The Child Finder was an opportunity to explore—with delicacy and profound respect for victims—how we survive terror. The little girl in The Child Finder has created an imaginary character to deal with her captivity. I was influenced not just by my work with sex trafficking victims, but also my own life experience, including a difficult childhood and being a foster-adoptive parent of twenty years. I’ve spent much of my life dealing with trauma, and helping others heal from trauma. I believe that trauma is not something we just get through. We have to be accepted for it, be loved through it, and seen and heard for all we have experienced. I wanted to honor the experience of that little girl, with tenderness and compassion. I was inspired by her courage, as I have been inspired by others.

If there is one truth I have learned from my work and life, it is this: it is never too late to be found. There is always hope of healing, for justice, for redemption, for joy and love. The Child Finder is a testimony to that hope, written from the vantage points of an inspired investigator, and the little girl she is determined to save.