A conversation with Isabel Wilkerson, author of "Caste" 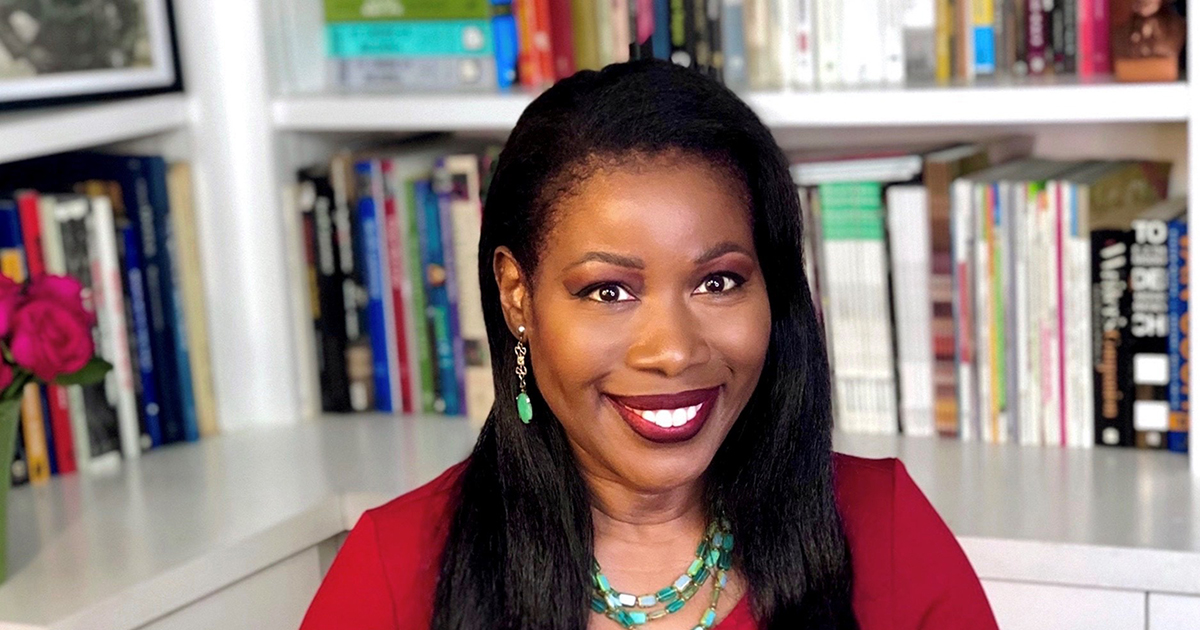 One of the big books of 2020 was Isabel Wilkerson's Caste. It was an instant best seller, and the reviews were universally outstanding. The Amazon editors selected Caste as a Best Book of the Month and a Best Book of 2020. Oh, and Oprah picked it as well.

It has been 10 years since Wilkerson’s first book, the award-winning The Warmth of Other Suns, was published. While that book pointed to the great migration of Black people to the north as an “unrecognized immigration,” this new book points to our entire social structure as an unrecognized caste system. This is one of those rare reads that shifts your thinking in ways you wouldn't have imagined before.

We recently had the opportunity to ask Isabel Wilkerson about her new book, Caste.

Chris Schluep, Amazon Book Review: When did you arrive at the word “caste” to describe the framework of American society?

Isabel Wilkerson: I was researching what would become my first book, The Warmth of Other Suns, about the Great Migration of six million African-Americans out of the Jim Crow South. And I had to find a way to describe the repression that they were fleeing over those six decades, from the time of World War I to the 1970s. I talked with hundreds of survivors of Jim Crow, whose testimonies described a rigid hierarchy where breaching arbitrary boundaries and protocols could mean your very life. I researched newspapers and other accounts from the era that detailed the extreme lengths and the specificity to which the architects and enforcers of Jim Crow went in order to maintain strict demarcation and ranking. There was actually a black bible—and a separate white bible—to swear to tell the truth on in court.

I discovered the work of anthropologists of the 1930s and 1940s who went to live in the South in the depths of the Jim Crow regime and did fieldwork there. They emerged using the word "caste" as the most comprehensive and accurate term for what people in the South were living under. My own research bore out their findings, and I, too, adopted the word and used it almost exclusively in The Warmth of Other Suns. This second book, Caste: The Origins of Our Discontents, digs more deeply into the foundations of American hierarchy and the shadow it casts over us to this day.

What is the difference between a caste system and racism?

A caste system is an artificial graded ranking of human value that determines one's standing, access to resources, benefit of the doubt, assumptions of competence, intelligence, beauty even, through no fault or action on one's part. In a caste system, you are born to an assigned place in the hierarchy, based on whatever metric was chosen to rank one group over another.

In the hierarchy created in colonial America, race—or rather the superficial physical traits that we have come to see as race—became the primary metric that the colonists used to assign value, rights, and privileges to determine which group could be enslaved by birth and which would not. Race is the tool, the signifier, by which people in our caste system have come to be ranked historically. Caste is the bones, race is the skin.

In the United States, racism and casteism can overlap or figure into the same scenario. The distinction my research has led me to make is as follows: Any action or institution that mocks, harms, assumes, or attaches inferiority or stereotype on the basis of the social construct of race can be considered racism. On the other hand, caste is about boundaries and ranking. Any action or structure that seeks to assign, limit, hold back, or put someone in a defined ranking, that seeks to keep someone in their place by elevating or denigrating that person on the basis of arbitrary traits—such as race, gender, ethnicity, religion, immigrant status, etc.—can be seen as casteism. Ultimately, casteism is the investment in keeping the hierarchy as it is in order to maintain one’s own ranking, advantage, privilege, or elevate oneself above others or to keep others beneath you.

Is it fair to say that a caste system can make even the right-minded complicit?

A caste system is about positioning and restricting those positions vis-à-vis others. Like the cast on a broken arm, like the cast in a play, a caste system assigns everyone to a fixed place. For this reason, many people—including those we might see as good and kind—could be seen as casteist, meaning invested in keeping the hierarchy as it is or content to do nothing to change it, but not racist in the classical sense, not active and openly hateful of this or that group. Actual racists, actual haters, would by definition be casteist, as their hatred demands that those they perceive as beneath them know and keep their place in the hierarchy.

It is a big statement that you are making in the book, one that wasn’t guaranteed to be embraced. We now know the reception has been phenomenal. Were you at all nervous when you published the book? When did you know it was resonating with people?

I didn't know what to expect, but the response has been extraordinary. The book rose to No. 1 on The New York Times bestsellers list, was chosen by Oprah for her summer-fall book club, has gotten the kind of rave reviews that every writer dreams of, and is being adapted into a film written and directed by the brilliant Ava DuVernay. It's been the subject of numerous scholarly webinars in the United States and abroad. For a work of history to receive this kind of recognition is beyond imagining.

As I was writing it, my hope was that it would find its way to readers who were searching for answers, people with willing hearts and open minds. It has been thrilling to discover that there are so many like-minded people out there.

With respect to the many conversations that have begun to take place in the country around race and equality, how optimistic are you that we can begin to disassemble this caste system?

Our current system has persisted for 400 years, and it will take more than conversation to repair and transcend it. It will take a deep reckoning with our history and meaningful correction of the flaws built into the old house that we as Americans have inherited.

Writing this book was in itself an act of faith and of optimism, a belief that if people could just see this x-ray of the country, get the chance to look beneath what think we know, particularly in this era of existential crisis, that people would be inspired to act and to build bridges across these artificial divides. This book is not an argument. It is an appeal to our common humanity and a prayer for our country.

"This book is not an argument," says Wilkerson. "It is an appeal to our common humanity and a prayer for our country."

Caste: The Origins of Our Discontents
Isabel Wilkerson