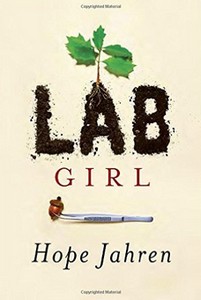 Hope Jahren's Lab Girl quickly become an in-house favorite around here and, as a result, was named Featured Debut for the month  of April. The idea of a geobiologist's memoir may not initially jump out as the most invigorating read, especially to those of us that quickly exited the science department in college after BIO 101 vowing to never return. However, Jahren makes her story not only invigorating but truly captivating and relatable… and does so with such prose that would impress any of us non-sciencey-creative-writing-majors.

Here, Jahren provides a perfect example of the simplistic complexity and beauty we fell in love with in Lab Girl.

On the first warm day of the year a gun goes off.  We can’t hear it, but the plants can.  It is the starting pistol for the big race – the hundred-yard dash of the Plant Olympics. These games differ from our own, in that the Plant Olympics take place annually: 2016 is somewhere near the four-hundred millionth convocation. Also, there are no silver and bronze medals given to plants: you either bring back the gold or you die on the forest floor, and no one mourns or misses you. And so long before the vernal equinox, last year’s bare stems are standing taut at the starting-line. Plants have adapted to the harsh competition, and many of this year’s tree contestants are poised to defend winning records that stretch back for more than a century.

Plants must approach spring deliberately, for during a sprint, strategy matters. As green leafy buds throughout the canopy swell, burst and unfurl, they lunge in slow motion towards the sun, jockeying for a place in the front of the pack.  Below ground, the roots are running a darker race, an underground tournament more brutal.  They shove and elbow each other while straining down, and execute elaborate end-runs. High above them, the leaves – new to the world themselves -- control the roots blindly, triggering the suction that pulls soil water into the plant. Thus a tiny rootlet, upon discovering a pocket of earthy swill, slurps greedily into itself.  In doing so, it succeeds twice over: first – it gained nutrients; second – it gained nutrients that its neighbor did not.

There are no adoring fans at these games, but there are ravenous spectators – legions of animal species ranging from bugs to bears – waking and stirring from out of their winter hunger. Each one of them is preoccupied with one task only: finding something green to eat.  As spring further ripens into summer, the competition changes and becomes more complex.  The full decathlon reveals itself, and there is no end to the variety of events. Up climb rapacious caterpillars and down strikes deadly lightning. Wild fire terrorizes and cloudy skies depress. And once in a long while, the lucky, perfect thing happens -- a hard rain all night followed by a bright sun all day – and every plant, every single plant, grows. Then the first frost of autumn serves as a sort of finish line, and these games will end the way same way the very first game began – the way the whole world began – with the oldest newest thing that has ever been. With a seed. 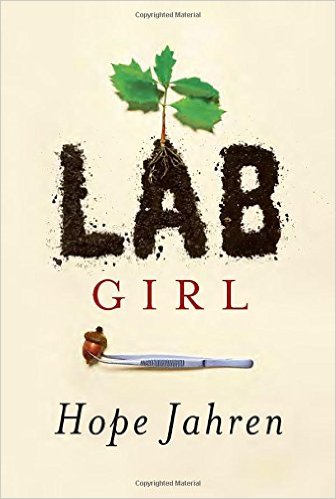