Round 1 Results for the Great Literary Tournament 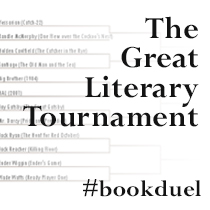 Sixty-four book characters faced off in round one of our bookish March Madness this week, and you, our readers, chose your champions.

Below are the bracket results. Click on image to enlarge. 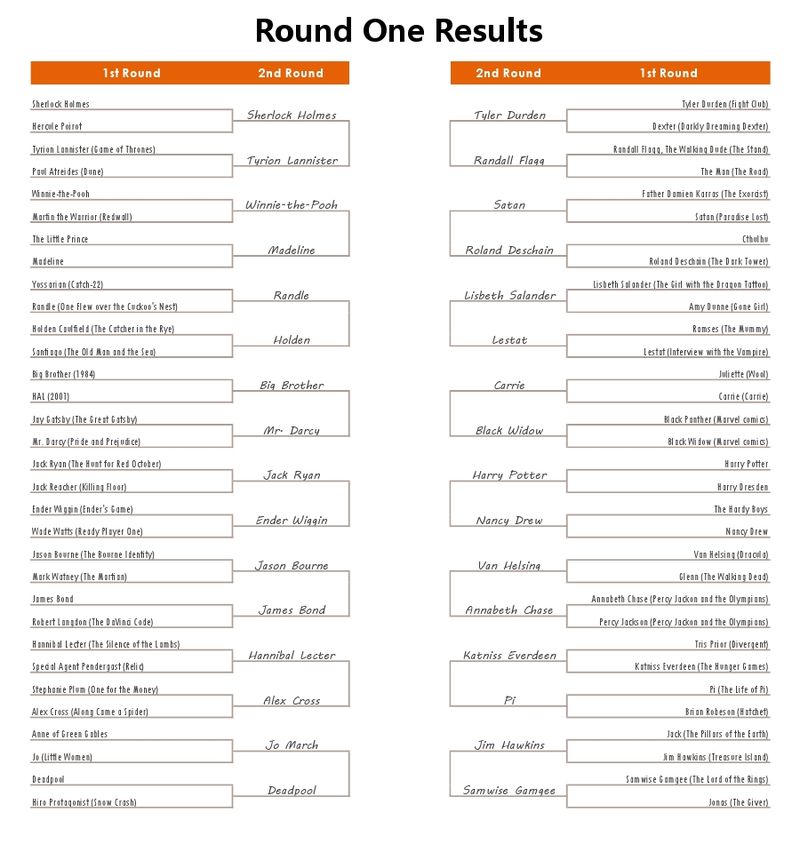 And remember, if there are future character duels you would like to see, please leave a comment below. (Shakespeare character battles, anyone?)

Subscribe to Omnivoracious: The Amazon Book Review for our picks of best books of the month, author interviews, reading recommendations, and more from the Amazon Books editors